Biohackers try to upgrade their brains by any means necessary. Can their favorite foods and drinks really boost mental performance?

If the idea of biohacking—the use of shortcuts (or “hacks”) to upgrade the body and mind for maximum performance—fills your head with images of Silicon Valley cyborgs using genome editing technology to alter their DNA, implanting microchips into their muscles and injecting nutritional supplements into their veins … well, in some cases, you’re absolutely right. But biohacking isn’t always the stuff of sci-fi movies. It can also take the form of simple modifications to posture, exercise, sleep, attitude or diet.

Whatever you might think of the various methods biohackers use, it’s hard to argue with the basic premise from which they operate: Better input equals better output. In other words, the higher the quality of the things we ingest, whether it be food, drink, entertainment or information, the better our mental and physical functioning is likely to be.

Things get a little more complicated when we start delving into the specifics of diet, though. With all the claims biohackers have made about the supposed abilities of various foods and beverages to enhance cognitive performance, how are we to know the real brain fuel from the snake oil? With a little help from registered dietician nutritionist Christina Gaunce (christinalynnrd.com), Santa Cruz Waves tried to sort things out. Here’s what we learned. 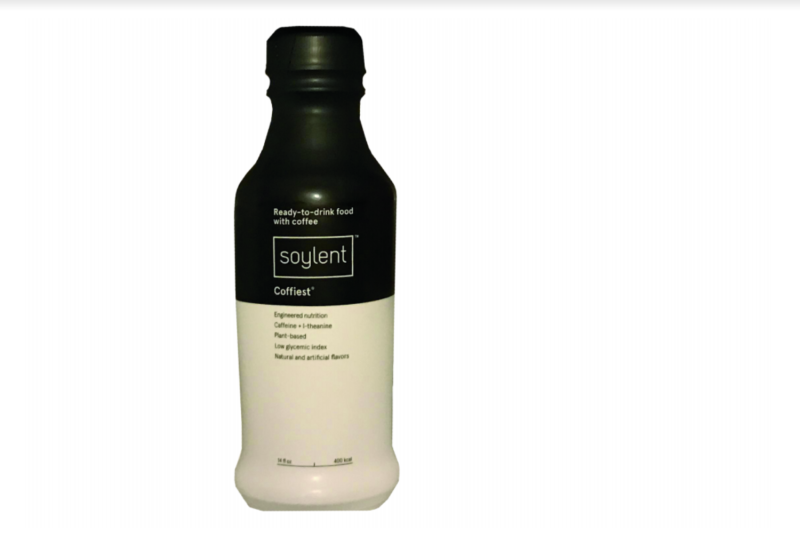 Biohacking started getting mainstream notice in 2014 with the advent of this controversial meal replacement drink … and yes, it does take its name from the food product made from human remains in the 1973 movie Soylent Green. Soylent’s inventor, a Silicon Valley engineer named Rob Rhinehart (we’ll try to resist the temptation to call him Soylent Bob) claims this stuff contains all the nutrients the human body needs, citing weight loss, improved concentration and greater strength among its benefits.

However, not only have this beverage and related products such as Soylent Powder and the Soylent Bar been blamed for a slew of gastrointestinal issues, but in 2017, the Canadian Food Inspection Agency barred the sale of Soylent in Canada, stating that it does not meet the qualifications of a meal replacement.

Our analysis: Soylent is better than no meal at all, but not a great long-term nutrition source, and far less conducive to mental clarity than healthy, unprocessed food.

Almost across the board, biohackers sing the praises of the ketogenic diet, which limits one’s nutritional intake to foods low in carbs and high in protein and fat. According to the keto diet’s adherents, sticking with foods like egg yolks, coconut oil, grass-fed butter, avocados and olive oil can lead to enhanced mental acuity and weight loss, among other things.

Gaunce feels more research is needed before we can determine whether this diet improves cognitive performance. “I have only seen one 12-week study done on mice,” she notes, adding that the keto diet has unpleasant side effects like odd body odor and a metallic taste in the mouth and can be unsafe for people with certain medical conditions. “This diet can be quite taxing on the kidneys and liver,” she says.

Promising as the results of various studies on this subject might be, MCT oil is not without its contraindications. Medical News Today cautions that excessive use of MCTs can lead to weight gain, while Onwuka says this supplement can increase anxiety, exacerbate headaches, cause gastrointestinal distress, worsen symptoms of uncontrolled diabetes and cause complications related to liver disease. She further advises pregnant and nursing women against taking MCT oil and recommends that anyone considering taking the supplement consult a physician first.

Hot coffee blended with two tablespoons of butter and a tablespoon of MCT oil—aka Bulletproof Coffee—is the brainchild of Silicon Valley entrepreneur Dave Asprey, the self-dubbed “Bulletproof Executive.” Asprey asserts that by using this beverage as a breakfast replacement, he lost 100 pounds without dieting and raised his IQ by 20 points. Ordinary coffee, he says, is crawling with carcinogenic, performance-killing chemicals called mycotoxins (a byproduct of fungi that is found in some food), and he recommends his company’s clean coffee beans and its Brain Octane brand of MCT oil as the antidote.

That said, according to the technology and science website Gizmodo, virtually every coffee roaster in existence uses a technique called wet processing, which eliminates almost all mycotoxins, to the point where a person who consumed 199 cups of coffee in a single day would still be under the safe mycotoxin limit. There is little evidence to support Asprey’s claims that Bulletproof Coffee promotes improved energy and brain function any more than ordinary coffee does. It may even present some health risks, including increased cholesterol levels and, when used in place of a morning meal as Asprey recommends, a decrease in nutrient intake.

Gaunce says she is “not a fan” of Bulletproof Coffee as a breakfast replacement. For those interested in getting some of the same benefits as coffee without overloading on caffeine or artificial ingredients, she recommends green or black tea, both of which contain caffeine and L-theanine—compounds that have been proven to enhance brain function and mood.

However, she adds, “The best way to improve cognitive functioning is by consuming a healthy, anti-inflammatory, mostly whole foods diet that is high in a variety of fruits, vegetables, whole grains, lean proteins and plant-based fats.”