In an article posted earlier this year, we introduced you to the proposal to build a $115 million desalination plant in Santa Cruz county. This issue has received a lot of attention from locals and has resulted in ballot measure P, which would allow Santa Cruz citizens to vote on whether or not to move ahead with the project.

Why do we need a supplemental water source?

If the city were to enter a drought similar to that which occurred in the late 1970’s, the Santa Cruz and Soquel areas would face a water deficit. In case of a deficit, the Santa Cruz Water Department (SCWD) would be left no option but to overtax traditional sources of water, namely surface and groundwater sources.

The other consequence we would face is a lack of water running through our local streams, jeopardizing local coho salmon and steelhead trout populations. Suffice it to say, there are real environmental costs to be paid if an alternative source of water cannot be found for Santa Cruz. 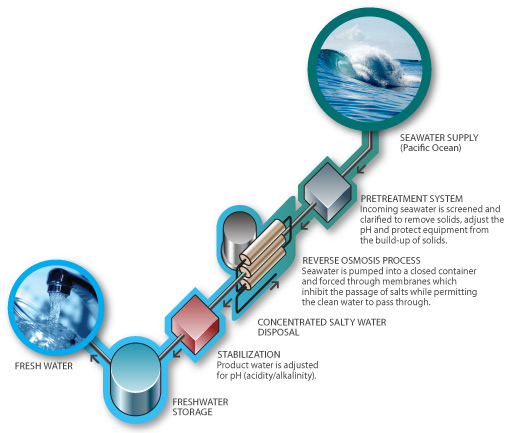 Why put it to vote?

Saltwater intake poses problems. There are hundreds of species off our coast that would be at risk if we were to simply pump water directly from the ocean into the plant. Because of this potential harm, beach wells would have to be built. Beach wells increase the cost of the project and decrease the potential output significantly. And indeed, the energy costs would be high.

While the household equivalent electricity cost is only marginally higher (up a percentage point or two), one ought to consider where the energy is coming from. SCWD states that there will be no direct greenhouse gas emissions as a result of the project, but admits that there will be emissions as an indirect result. PG&E would be the emitter, in this case, and SCWD predicts that the emissions incurred would amount to those of 400-700 cars being introduced.

An additional environmental effect is harder to completely ascertain. When we extract a bunch of fresh water from saltwater, we are left with a highly concentrated waste product, filled with cleaning and pretreatment chemicals. At many other desalination plants, this concentrate is diluted with some of the saltwater intake and then reintroduced into the ocean. If the concentrate was not already diluted, it would settle into the deeper areas and wreak havoc on the ecosystem there. It is unclear how much of an effect the diluted waste product might have on underwater habitats.

This issue is complicated and there is no simple resolution. What is clear is that we need intelligent and informed people to reach a solution before we take any action. If you think this matter concerns you, you might consider voting for your say in the matter come November.

View all posts by admin