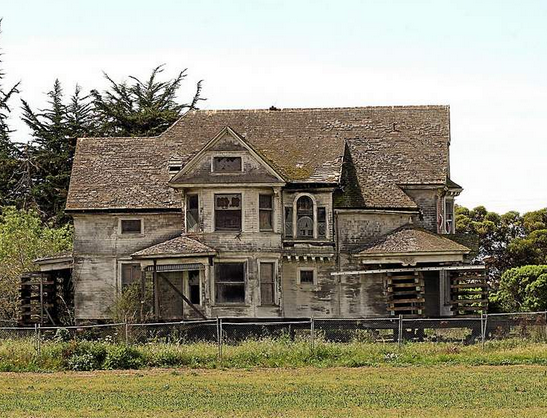 WATSONVILLE >> The Redman-Hirahara house, the once magnificent now ramshackle Victorian off Highway 1 at Riverside Drive, has been sold to an agricultural company that plans to farm the land.

Elite Agriculture, a Watsonville-based almond company with farmland in Bakersfield, purchased the 14-acre site last month for $1.2 million. Jadjit Tut, who owns the company with his brother, Hajit Tut, said he plans to farm blueberries and other organic produce.

As far as plans for the iconic house, which is on the National Register of Historic Places, Tut said he’s not sure, but has had preliminary meetings with a restoration specialist.

Along with their father, La Selva resident Surjit Tut, the brothers plan to build two hotels and a restaurant across Lee Road, on a separate property once home to the Indalux aluminum factory. That project is managed by Elite Development, another company owned by the brothers.

The team also has submitted plans for a townhouse complex by Ramsay Park, which would be the largest subdivison to be built in Watsonville since 2007.

Barbara Mason, Santa Cruz County economic development coordinator, said the Redman-Hirahara land is zoned for commercial agriculture, not meant for development. Her office is working with the Tuts to ensure any changes to the national landmark meet federal guidelines.

The first step is to determine the house’s condition — the last report was performed in 2005. Then the county can determine whether the house can be resurrected, she said.

The Tuts and the county would like to see the house rehabilitated, but until further study is done, the landmark’s fate is unknown. Another option could be moving the house entirely, which Surjit Tut expressed interest in pursuing, but that may not be possible, said Mason.

“Typically, if it’s in good shape, you’re not allowed to move it, because part of what makes it historic is the context,” surrounding land, barns and trees, Mason said.

In 2005, the property was sold to the Redman-Hirahara Foundation, a nonprofit that placed the house on the national register and planned transform it into a visitor and cultural education center.

But in 2009, the nonprofit filed bankruptcy and lost the house through foreclosure. The property has since been owned by GreenFarm LP, a Menlo Park real estate development company, until the purchase last month.

Since the foreclosure, all progress on restoration has halted, said foundation member Barbara Powell. A project to replace the house’s foundation, begun in 2007, remains unfinished, with the house still lifted several feet off the ground, on beams.

Sometime in the past few weeks, vandals pulled plywood off the windows and left a graffiti tag about 6 feet wide on a front wall, Powell said.

“It’s huge, red and black, in front of the house,” Powell said. “It’s just horrible and I just looked at it and went, ‘Oh my god.’”

The once spectacular Queen Anne Victorian was built in 1887 for beet farmer James Redman by architect William Weeks, known for designing the Casino Arcade at the Santa Cruz Beach Boardwalk.

In 1930, the property was bought by the Hiraharas, a Japanese-American family who lived in the house before and after internment in World War II.

View all posts by KR