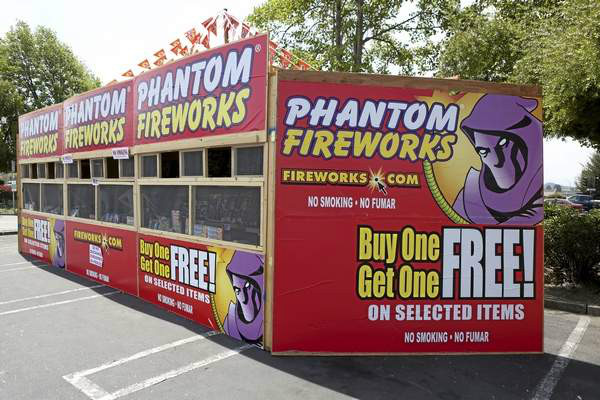 LIVE OAK>> Despite cloudy skies and temperatures in the high 60s expected at Santa Cruz County beaches this holiday weekend, authorities expect thousands of people to swarm the county for Fourth of July parties.

Similar to last year, Santa Cruz County sheriff’s deputies said many roads near Live Oak and Rio del Mar beaches will be closed Saturday afternoon or from 7 p.m. Saturday to 2 a.m. Sunday so emergency vehicles can have access. Deputies on Saturday also will staff checkpoints to look for fireworks, alcohol, weapons and glass containers.

Sheriff’s Lt. Kelly Kent said it’s hard to predict how many people might visit county beaches, but deputies will be prepared.

“I think it’s going to be the usual crowd,” Kent said Thursday.

Safe-and-sane fireworks went on sale in Watsonville Wednesday and will be sold through Saturday. Those fireworks are only legal to light in that city and on private property in Capitola, leaders from those cities said. Proceeds from the sales of fireworks in Watsonville go to community groups.

Watsonville firefighters asked those who light fireworks to soak the expended fireworks in a bucket of water and put them in the trash the next day to avoid trash can fires, which have been common.

Firefighters from Watsonville, Central Fire and Cal Fire also pleaded with residents this week not to light illegal fireworks that could start large wildfires because of the region’s drought. Central Fire spokesman Mike DeMars said children tend to suffer most of the burn injuries that emergency responders field during the Fourth of July.

“Don’t allow young children to play with fireworks under any circumstances,” DeMars said.

“Mishandled fireworks cause millions of dollars in property damage every year and are often identified as the cause of accidental fires.”

Santa Cruz police spokeswoman Joyce Blaschke said residents in that city can report fireworks by calling 911. Officers need a witness to sign the complaint and identify the person who lit the firework, Blaschke said. Witnesses also must be willing to testify in court if needed.

“With the increased fire danger this year, we are relying on our partnership with the community to keep us all safe this Fourth of July,” Blaschke wrote on the Santa Cruz police blog.

Santa Cruz police plan to enforce triple fines in the city Friday to Sunday. The fines include $288 for littering, $480 for having an open alcohol container in public and $300 for fireworks possession, Blaschke said.

Pet owners also have been advised by the Society for the Prevention of Cruelty to Animals to keep dogs and cats indoors, away from fireworks and to make sure they have identification tags. Dogs should not be left unattended in yards, said Santa Cruz SPCA shelter manager Mandi Hart.

Scotts Valley will have the only professional fireworks show in the county. Gates open at 4 p.m. for the show at Skypark at 361 Kings Village Road, and there will be food, games and music. The show starts at 9:15 p.m.

Admission is $6 in advance and $8 on the Fourth of July. Children age four and younger get in free.

A parade also will take place at 3 p.m. on Scotts Valley Drive between Civic Center and El Pueblo drives.

A fireworks display will take place in Scotts Valley on July Fourth.

Cost: Advance tickets are $6. Tickets at the door are $8. Children age 4 and younger are free. Food, music and games cost extra.

Area: Fireworks purchases in Watsonville must stay within city limits. If a firework explodes or leaves the ground, it is illegal in California.

Ages: Only those 18 or older can buy or use fireworks.

Restrictions: No fireworks within 10 feet of a building or near trees or grass; use on noncombustible surfaces, such as asphalt. No fireworks in hazardous areas such as vacant lots or dry fields.

Water: Always have a bucket of water to dispose of fireworks and a hose to douse fireworks.