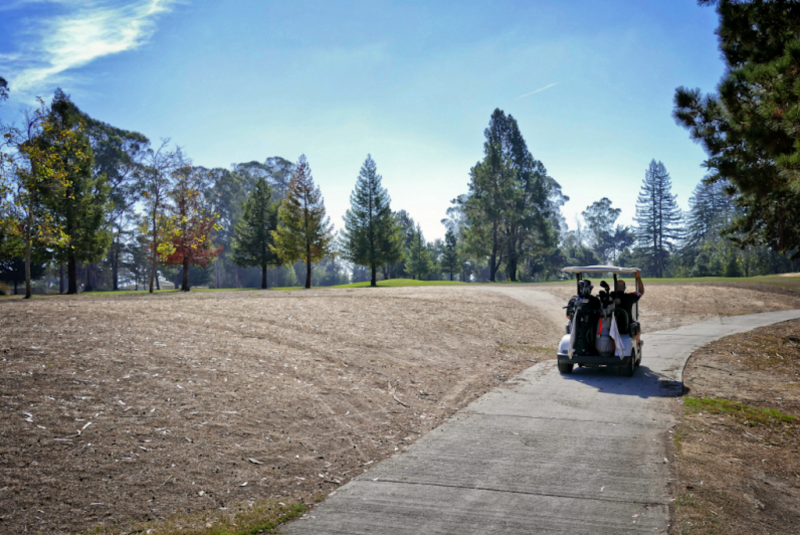 “It is up to the player to adjust his or her golf game in accordance to the conditions.” – Eddie Duino, PGA teaching professional. Photo by Paul Topp

Course Management In the age of drought, golf courses find it’s not easy being green

The average 18-hole golf course uses the same amount of water—about 140,000 gallons—in a single day as a family of four uses in a year, according to the Golf Course Superintendents Association of America.

This is changing, however—at least in California. Due to the ongoing drought, drastic measures are in full force at every golf course in the Golden State, forcing them to walk the delicate line of limiting water use to cope with the lack of rainfall while trying not to lose the appearance of a lush green golf course that attracts green-fee-paying customers.

It’s a murky problem to navigate for the golf industry, which is big business in California,
generating $13.1 billion in economic activity and employing 128,000 people, according to a recent study by the California Alliance for Golf.

If this winter’s predicted El Niño does not produce adequate amounts of rainfall, continued drought conditions will produce golf course fatalities. Course owners who are already grappling with pressure stemming from the recent recession and a shrinking golf market, will be in dire straits—especially if their course is not located close to recycled water pipelines, one of golf’s last bastions of resources for water.

To top it off, it would seem that these courses are subject to disproportionate disapproval from the public, not in small part because of how visible their greens are. Just as water-conscious citizens frown upon a neighbor washing his car or watering the lawn, they get up in arms about sprinklers spraying down the fairways and greens at their local links. Meanwhile, behind the shield of walls, businesses throughout

Californian cities are using vast amounts of water, often without the same level of restriction or reproach. (Computer-manufacturing companies, for instance, can require 2,000 gallons of water to produce a single semiconductor chip.)

Two golf courses within the famed 17 Mile Drive have recently gone through extensive renovations and have formalized a steadfast plan to deal with the lack of rainfall. Poppy Hills Golf Course, owned and run by The Northern Californian Golf Association, reduced by 50 acres the total amount of fairway turf used on the course, amounting to half of what typical courses elsewhere maintain. And the private Monterey Peninsula Country Club’s Dunes Course is currently implementing an extensive renovation plan that will include a reduction in maintained turf (from 79 acres to less than 65) that will amount to a total savings in water use of 20 percent.

Like his father before him, 77-year-old Eddie Duino is one of Northern California’s most respected PGA teaching professionals, and Santa Cruz Waves was able to catch up with him on the brown and water-starved driving range where he gives his instruction at
Pajaro Valley Golf Course in Watsonville.

“Here at Pajaro, and at other courses I have played, it is evident that only high-traffic areas are being gently watered,” says Duino, walking toward the first tee and continuing, “Looking out over the first fairway, you can tell that the ground is firm and fast, however it is up to the player to adjust his or her golf game in accordance to the
conditions.”

Santa Cruz is home to the semi-private Pasatiempo Golf Course, an Alastair Mackenzie-designed gem that is ranked No. 34 on the Golfweek’s Best Classic Courses list, along with the neighboring City of Santa Cruz-owned Delaveaga Golf Course. Both courses have faced mandatory restrictions of 50 percent by Santa Cruz Water Department, and have taken measures to comply.

In 2009, Pasatiempo installed a new irrigation system that reduced the amount of mowed ground from 94 acres to 64 acres, and more reductions were made during the past year, including to much of the rough and 50-to-100 yards forward of each tee box.

“Our efforts started 10 years ago, long before restrictions were placed upon us. After the
recession we learned to be conservative and demonstrate responsibility,” says Miles

Hicks, golf course superintendent at Delaveaga, explaining that the combined effect of lack of rounds played and an increased cost of water led to his team becoming more fiscally efficient.

After the city-mandated 50-percent cutbacks, Hicks and Delaveaga’s PGA professional Tim Loustalot charted the golf course to see what areas they could live without water from a playability standpoint.

“We immediately shut down watering the areas of the course where no one hits a golf
ball, along with the driving range and the immediate areas in front of each teeing area,”
says Loustalot. 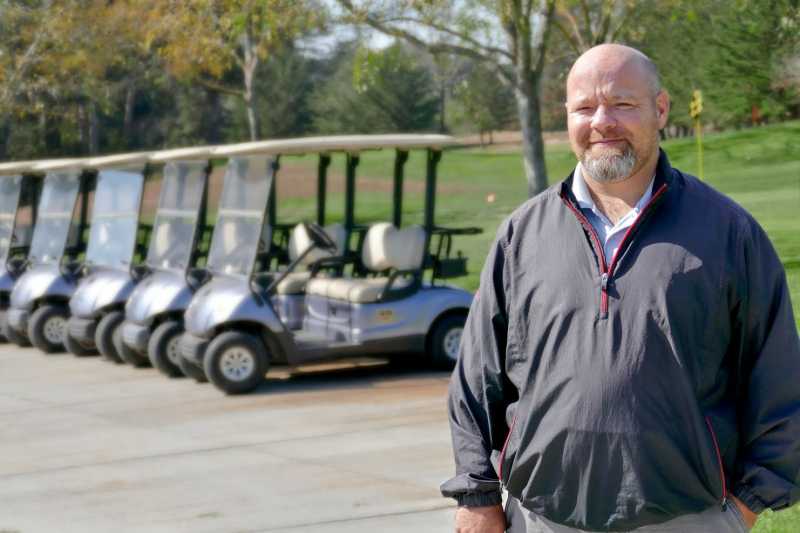 As of this writing, forecasts predict that coming El Niño conditions will pummel the state
with torrents of rain by the end of the year. Will it be a godsend for the golf industry—with a few months of rain, will things return to normal?

“Even if El Niño does replenish us with water, we will never return to where one were,”
says Delaveaga’s Hicks. “It would be totally irresponsible for us to forget everything we
have been doing and go back to the way things were.”