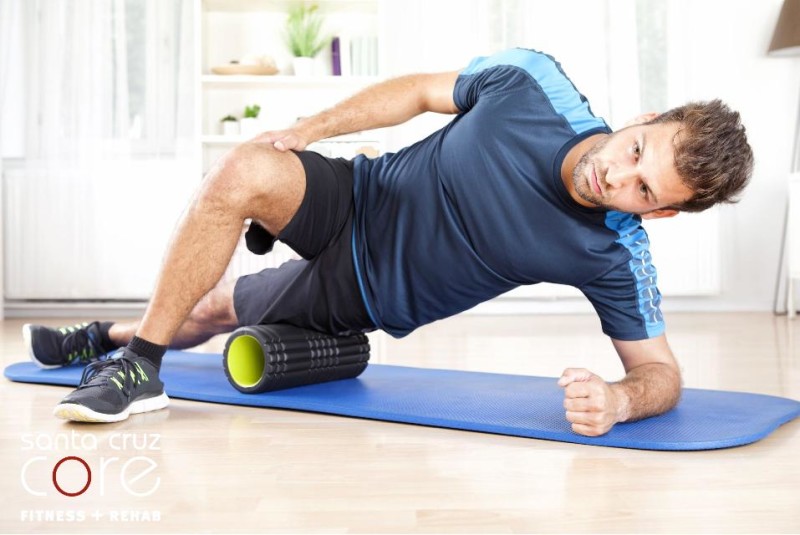 Self-Myofascial Release: What Is It and Can It Help Me?

Collagen could be considered your bodies go-to Band Aid. Its biological gauze or anatomical gel foam. In layman’s terms, collagen is a reactionary agent in charge of repair. And muscles are no exception. When muscles tear, particularly as a result of repetitive motion, collagen is sent to clean up the mess. By simply filling in the tear, collagen acts as a catalyst for recovery by allowing the muscle fibers to rejoin.
But sometimes, even the body’s intricate response to pain can be over zealous. Often times, as a result of frequent damage, the body releases too much collagen. Enter the fascia: a thin and elastic connective tissue that surrounds each muscle structure. Fasciae are believed to act as a buffer essential in reducing friction caused by the contraction of muscles. With such a close interplay between the fasciae and damaged muscle tissue, it isn’t difficult to understand the problems too much collagen can present. In such cases the collagen, in addition to filling the torn muscle, will boil over and spill out on to the surrounding tissue. When this happens, the collagen and fasciae may adhere to one another thus preventing the fasciae from moving fluidly. This resistance can manifest itself in a number of painful ways including cramps, tenderness, muscle spasms, tendon tears, and overall stiffness. Since the fasciae is a vast interconnected network, resistance in one area can have an unpleasant ripple effect throughout the body.

So – What can we do to relieve tension, pain, or sore muscles?
Myofascial release, or MFR as it is commonly referred to, is a technique that attempts to break up the excess collagen preventing the fasciae from traveling freely. Myofascial techniques are used in various areas of noninvasive medicine, including: osteopathy, chiropractic, massage therapy and physical rehabilitation.
MFR is a hands on approach that utilizes slow and prolonged pressure on or, more commonly, around, the affected area. The technique is done, traditionally, using no oil or lotion as to prevent slippage. An MFR specialist will often begin with a visual examination followed by a physical for purposes of locating the site of injury. In order to effectively influence the fascial network, it is suggested that slow and even pressure be performed for no shorter than five minutes. 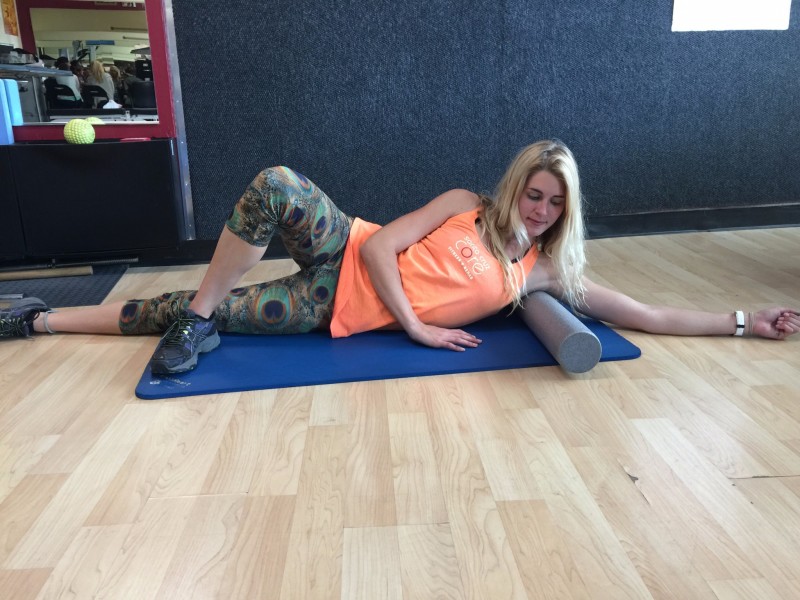 A taut band is defined as a group of tense muscle fibers extending from a trigger point. Trigger points can result in a number of maladies beginning with mild inflammation and, if left unattended, transformation of the fasciae from healthy connective tissue to inelastic scar tissue. So it should come as no surprise that the use of self Myofascial release is on the rise, and the results are excellent. In a home setting the most common method incorporates the use of what is known as a foam roller. A foam roller, as you might imagine is a long, rigid, foam cylinder used in SMRT. There are a number of ways a foam roller may be used. If you are interested in the benefits of this emerging therapy check out some of the techniques below. Who knows, they may be just what you’ve been looking for.

Extend the thigh and place foam roll in the groin region with body prone (face down) on the floor.
Be cautious when rolling near the adductor complex origins at the pelvis.
If a tender point is located, stop rolling, and rest on the tender point until pain decreases by 75%.

Place hamstrings on the roll with hips unsupported.
Feet can be crossed so that only leg at a time is one the foam roll.
Roll from knee toward posterior hip.
If a tender point is located, stop rolling, and rest on the tender point until pain decreases by 75%.

Body is positioned prone (face down) with quadriceps on foam roll
It is very important to maintain proper core control (abdominal drawn-in position & tight gluteus) to prevent low back compensations
Roll from pelvic bone to knee, emphasizing the lateral (outside) thigh
If a tender point is located, stop rolling, and rest on the tender point until pain decreases by 75%.

Position yourself on your side lying on foam roll.
Bottom leg is raised slightly off floor.
Maintain head in neutral position with ears aligned with shoulders.
This may be PAINFUL for many, and should be done in moderation.
Roll just below hip joint down the outside thigh to the knee.
If a tender point is located, stop rolling, and rest on the tender point until pain decreases by 75%.

Upper Back Self Myofascial Release

Place hands behind head or wrap arms around chest to clear the shoulder blades across the thoracic wall.
Raise hips until unsupported.
Stabilize the head in a neutral position.
Roll mid-back area on the foam roll.
If a tender point is located, stop rolling, and rest on the tender point until pain decreases by 75%.