Relive one woman’s solo surf trip from Costa Rica to California. This is Part 16 of a series featured in Santa Cruz Waves during the summer of 2016. 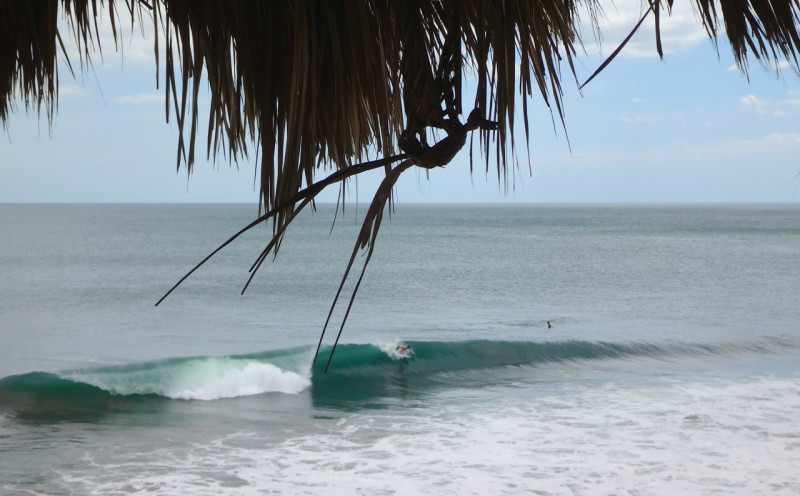 I still had yet to see the main wave break, the spectacular rocky point between Shacks and Pipes.

Miramar is a peculiar town. It is dominated by surf camps, safe behind their locked gates, perched on the edge of a cliff that overlooks several barreling reef breaks. A power plant flanks the north end, an industrial behemoth disproportionate to the patches of dirt defined by crumbling barbed wire where skeletal horses mouth soiled straw in its shadow.

Earlier that week, I had befriended three Spanish girls. Now I was sandwiched between them in the back of a taxi, driving down a dusty road in search of a place to stay. We knocked on towering gates until they creaked open and cordial heads peaked out. Virtually all of the heads spoke English, so I acted as translator for a change. 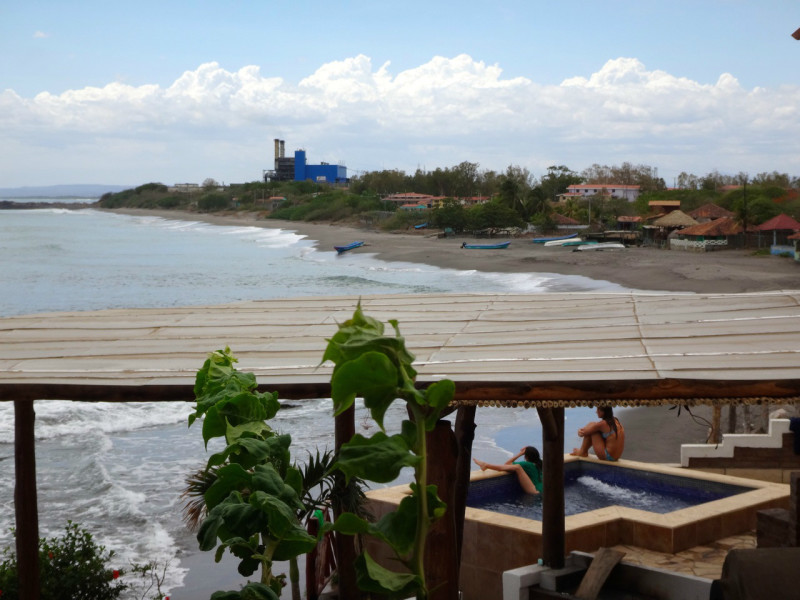 A power plant flanks the north end, an industrial behemoth disproportionate to the patches of dirt defined by crumbling barbed wire.

My Spanish was decent, their English was good. We bounced between the two, sometimes fumbling over words that we couldn’t quite grasp. But when we surfed together, we always knew who’s turn it was, deferring naturally to whoever was in a better position, trading waves and cheering each other on.

We settled on a reasonably priced dorm-style camp, though it was more than three times as much as I’d paid up until that point. There was a punchy wave in front of the camp called Shacks which broke left and occasionally delivered a barrel section. Farther up the beach was Pipes, an even hollower wave which quickly became my go to. I surfed Pipes first thing in the morning and during the early evening when the wind died down. 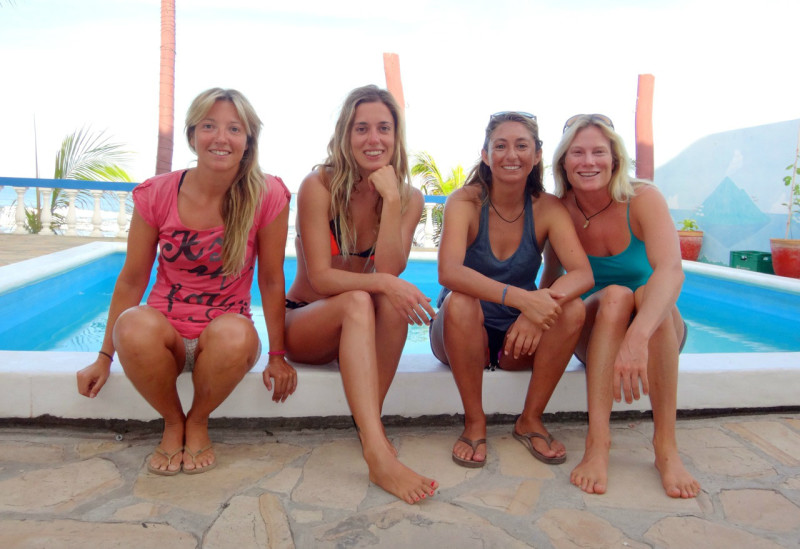 When the wind was strong in the afternoon, we watched surf movies. One documentary in particular captured my interest. It was about Cloudbreak, and featured Mark Healey paddling in when a contest at the break was cancelled due to its massive size. He compared one particular wave to an ice sculpture, the way the water morphed and twisted stunningly on the face as it broke.

I practiced yoga on the second floor deck of the surf camp, which faced Shacks. A Brazilian pro surfed out front each day with a gray swim cap on his head. His style was precise and magnificent, but the swim cap made him a funny sight. A photographer snapped photos of him from the beach.

“Are you wearing that for the photo shoot?” I asked him one day, pointing at the cap.

“No. I cut my head on the reef and had to get stitches,” he confessed sheepishly. “And now I’m wearing this stupid thing in every photo.” 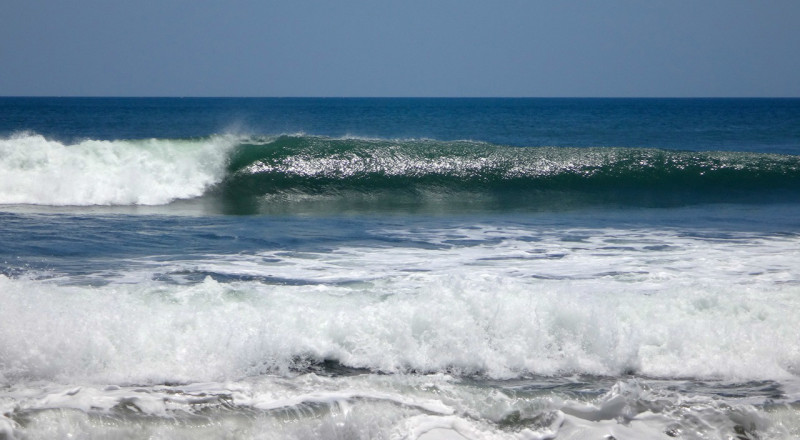 His explanation didn’t fit with the waves I’d seen thus far. But I still had yet to see the main wave break, the spectacular rocky point between Shacks and Pipes. One day, I saw a hint of a wave, and paddled over. There was some sort of bombing going on and explosions rocketed through the sky every 20 minutes. It was a military operation, I understood, when an officer decked in camo pulled up on a boat and motioned me out of the water. I held up one finger with a pleading look. He nodded, to indicate that I was allowed one wave.

Serendipitously, a freak set rolled in just as the officer was motoring away. I could tell it would break further out than anything I’d seen thus far, and paddled swiftly toward the building lines of water. As the first wave hit the reef, it jacked up and twisted, the sunlight hitting the concave on its face in such a way that it made me think of Cloudbreak and ice sculptures, though on a much, much smaller scale. I paddled over it in slow motion, mesmerized. Gathering my wits, I took off on the second wave. It was steep, but it might be my only chance to get a wave at Miramar. I plunged over the ledge with determination and somehow made the drop. Almost instantaneously, the wave morphed into a tunnel and delivered a substantial cover up before closing out and depositing me roughly on the shallow reef on the inside. I scrambled out of the water, ecstatic. 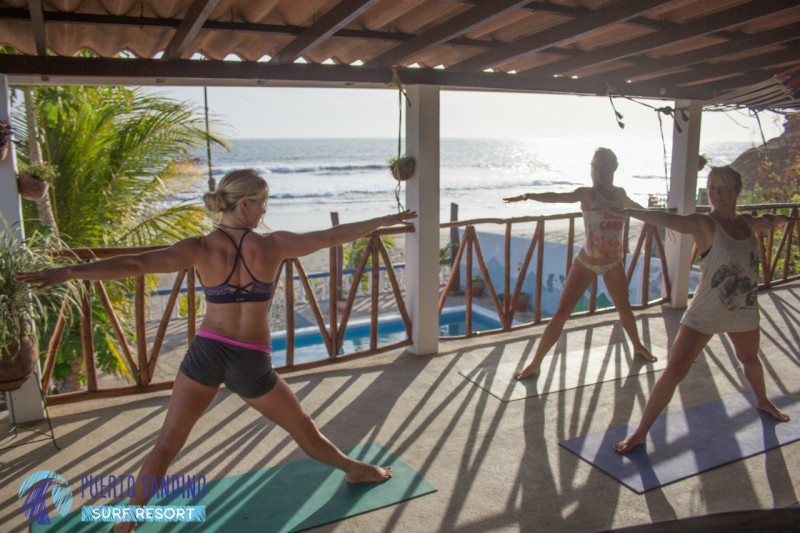 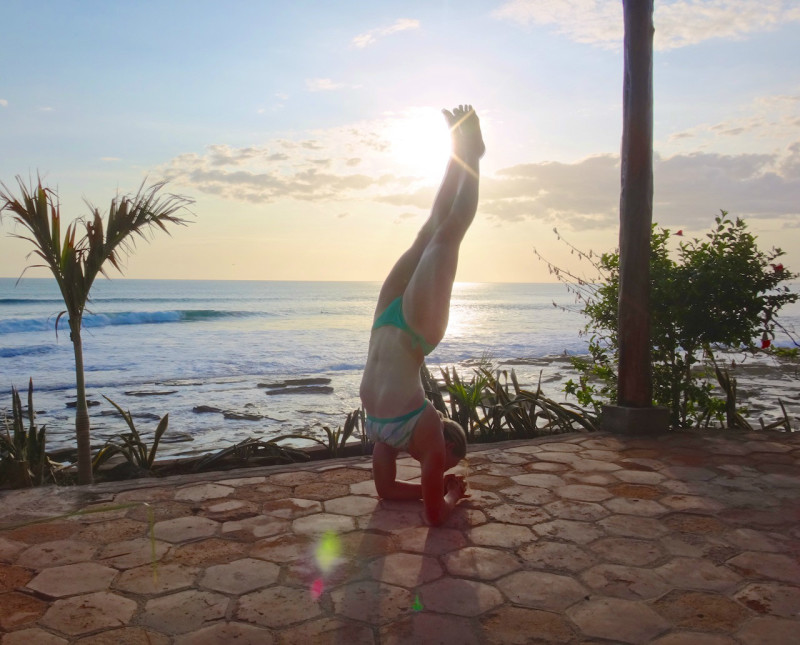 Aloe getting in some yoga in between surf sessions.

After a few days, Loretto and Lucía decided to go to San Juan del Sur while Celia stayed on at Miramar with me. Celia negotiated a better rate at an adjacent surf camp, with immaculate grounds, a stunning view of the point, and our own private room. We couldn’t believe our luck, it seemed too good to be true.

And you know how the saying goes, if it seems too good to be true, it probably is. Three days later, while talking to one of the hotel owners, I discovered that the rate we had thought was per room was actually per person. 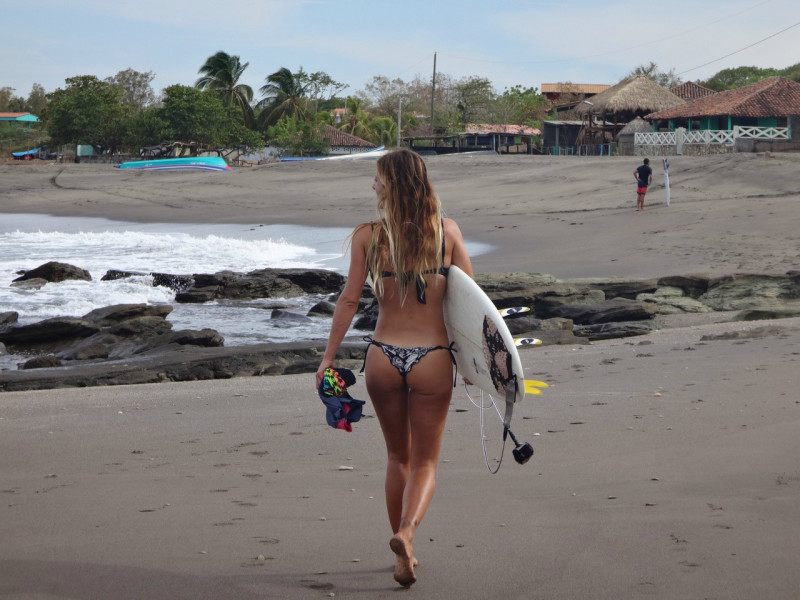 Celia, heading out for a surf.

Celia is not ignorant. Not only is she extremely intelligent (she’s a doctor), but in the time I had spent with her, she had proven exceptionally sharp at picking up on the subtleties of communication that lie beneath language itself. Moreover, the hotel owner, like her, spoke fluent Spanish. Language was not the problem.

The two of us confronted the owner and tried to negotiate a compromise. He wasn’t having it, and the conversation began to take an ugly turn. Celia wisely insisted that it wasn’t worth a fight.

The night that we had it out with the hotel owner was a full moon night, the night of the strawberry moon. The power went out, and without fans or AC, the heat of the argument lingered in our room like hot coals. We decided to go down to the beach, and as we ran through the darkness, it started to rain. We stripped down naked and plunged into the ocean, extinguishing our fire in the sea. We gathered our wet clothes under the light of the moon and ran back to the hotel across the sand, through the rain, the sound of our laughter worth a thousand words. 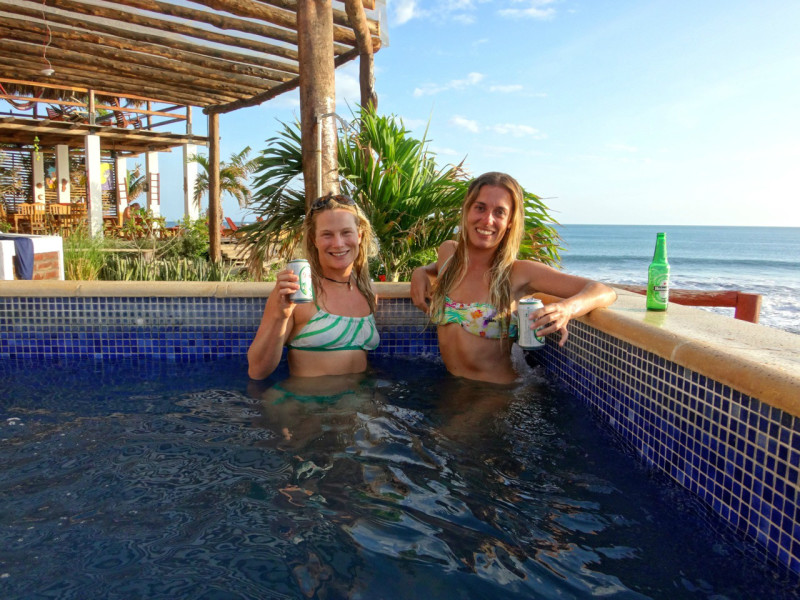 Aloe and Celia at Miramar.