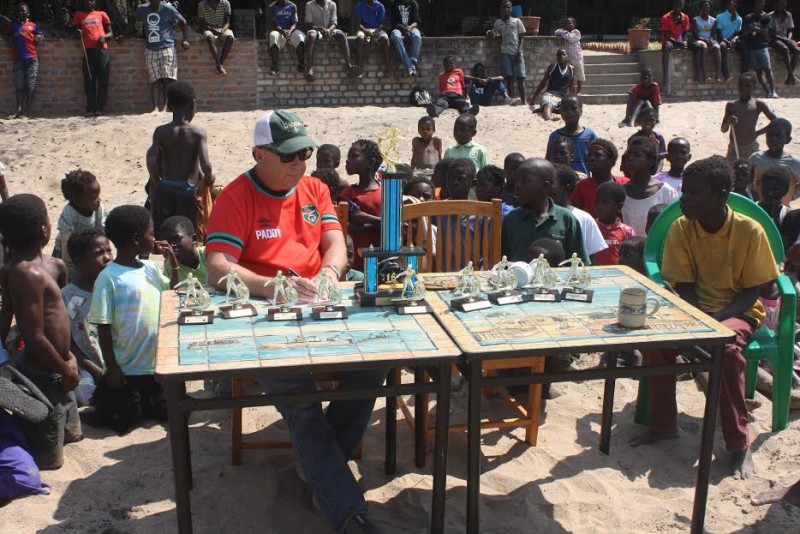 When surfing in Santa Cruz, there really isn’t that much to worry about. If anything you just gotta keep an eye out for the occasional wavestormer going over the falls. One thing is for sure, surfing hippo-infested waters has never been a concern of mine. But when surfing lake Malawi, it’s a different story. For the past couple years I’ve had the privilege of going across the world to Malawi, Africa with an organization from SC called H2O, and each year we’ve brought with us Santa Cruz’s prized possession: surfing.

Lake Malawi is one of the largest lakes in the world, running the whole length of the country. Because of such extreme size, there are often windswells that create small, but surfable, waves. Although Lake Malawi may be a surfing paradise for some, you probably won’t find any Malawians out there surfing. And it’s not because of the many hippos or crocs, it’s simply because the concept of surfing is very foreign to them. In the poorest country in the world where half the population lives under the poverty level of a dollar a day, you can imagine why surfing isn’t a huge priority. But watching crowds of Malawian children experience the joy of surfing for the first time sure is something else. So where did this all begin? Who thought that it would be a good idea to throw a bunch of kids, who barely know how to swim, into hippo-infested water? Well that would be my friend Patrick “Paddy” Brady. 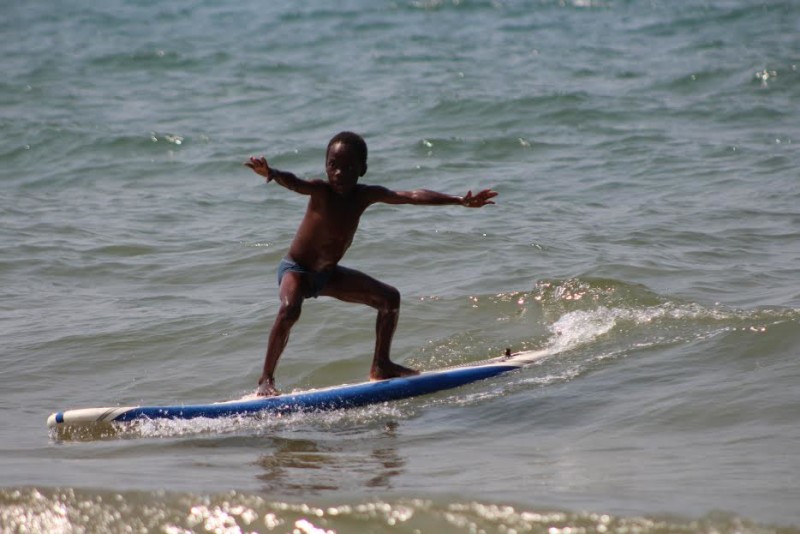 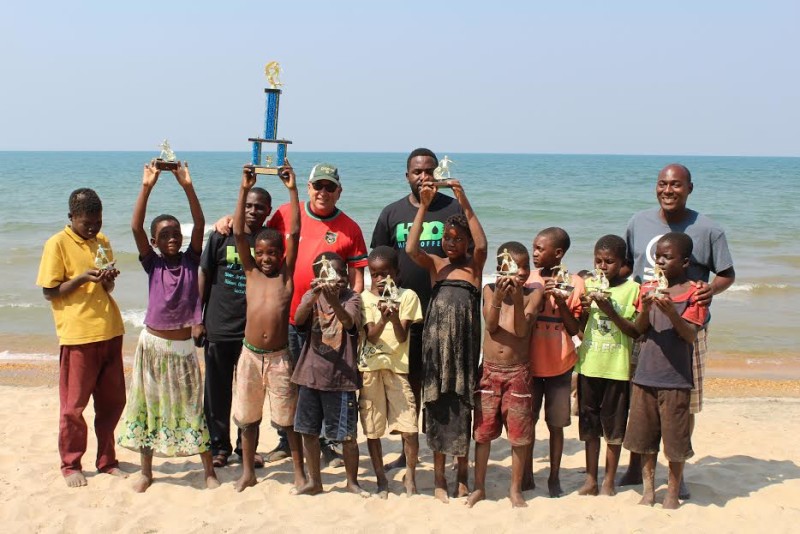 Anyone who grew up in the 60s & 70s Santa Cruz surfing community will probably know the name. If you need a refresher, you can go find his picture in the lighthouse field museum along with many of the other Santa Cruz surfing pioneers from his time. Paddy began surfing back when solo surfing the Lane and Stockton Ave. was an actual possibility. Nowadays you’ll find everyone and their grandma trying to snag a wave, and you can’t blame them, there really isn’t anything quite like surfing, Paddy was just one of the first guys to realize that.

The Brady family has been around for quite some time. They settled down in Santa Cruz far before it was the Santa Cruz we know today. As a third generation SC loc, Paddy grew up in the beach hill area back when SC was just a small, safe, fishing town. Like many other 60s groms, Paddy spent his days surfing with legends like Sam Reid, Cormac Carey and Tommy Hickenbottom and spent his nights sleeping in cardboard boxes, fishing off the wharf. But how did this uneducated small town grom end up starting a self-sustaining non-profit in the poorest country in the world? Well it took a major turn of events in Paddy’s life to thrust him into a life of service.

Back when Pacific Edge climbing gym was a cannery building, Paddy got hired on for a roofing job. For those of us who can picture the building, it’s huge. One thing is for sure, you would not be in good shape if you fell from that roof, and that’s exactly what Paddy did. He fell 40ft onto another roof, breaking almost every bone in his body on impact. To no surprise, he was in extreme critical condition. So critical that his heart actually stopped. At that moment, Paddy experienced something incredible. Paddy remembers being subconsciously aware of a party raging but being unable to find it in the darkness. When Paddy eventually regained consciousness, he knew he had to figure out what that party was so that the next time he faced death, he wouldn’t be stuck in the dark. I think any normal person would agree that breaking every bone in your body is one of the worst things that could happen to a person. You might be surprised to hear that Paddy views that incident as the best thing that ever happened to him. Despite the accident ruining his surfing career, the 9 months in a full body cast, and the permanent physical problems he lives with to this day, Paddy was grateful for the incident because it made him realize what he was missing, a relationship with his Creator. Paddy has concluded that the party he was unable to find in the dark is the eternal life in heaven that, at the time, he was missing out on. After having such a powerful realization, he decided to turn his life around and start living for what really matters. 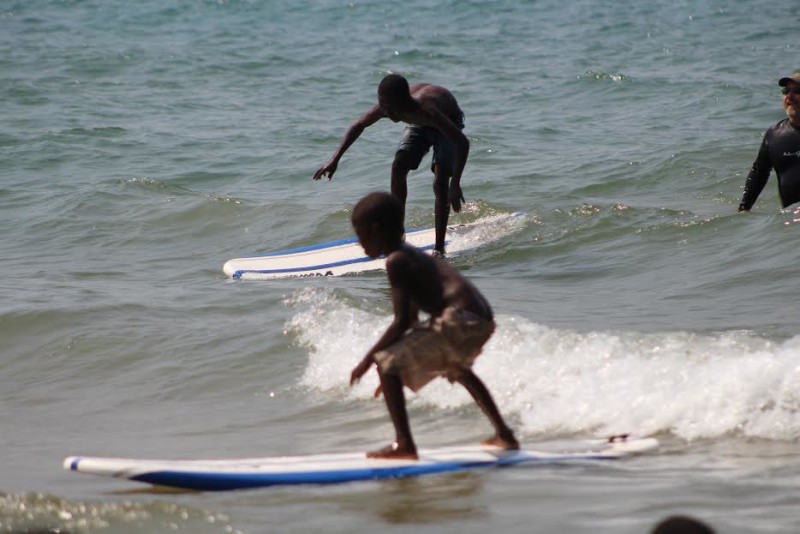 Paddy now lives by the idea that whatever breaks your heart is where you should be serving. And since Paddy really felt for the homeless, he decided to start there. Paddy has been involved with and started many homeless feeding programs throughout Santa Cruz including Elm street mission, the armory, and the mission street shelter. But still, how did Paddy end up in Malawi Africa? Well, Paddy being the guy that he is, wanted to do something bigger, on a global scale, and what’s bigger than starting a self-sustaining non-profit in the poorest country in the world? Not much. Not to mention Malawi is also the absolute furthest place on the globe from Santa Cruz.

Not knowing where to go, Paddy just decided to buy a plane ticket and go. He would figure things out when he got there. Now just five years later, his organization, His to Offer, or more commonly referred to as H2O, is on the rise in Malawi, Uganda and Zambia. When Paddy got to Malawi, one of the first places Paddy visited was the prisons. And it broke his heart. And for good reason. Malawi prisons are not like American prisons by any means. If you get sent to a Malawi prison, it might as well be a death sentence. Many of the prisoners have committed small crimes such as stealing a chicken. Being the poorest place on earth the Malawi government is hard pressed to keep inmates feed and clothed.

Paddy’s solution? Well there is no simple solution to fixing an entire countries’ prison system, but through God’s work in H2O, incredible, undeniable progress is being made. In just five years time H2O has made it into eight of the twenty-seven prisons in Malawi, including the county’s maximum security facility. In the prisons, H2O has built medical facilities and self-sustaining farming programs to help the inmates survive their sentences. Paddy has also developed self-sustaining career training programs in the prisons so that if the men get out, they can support themselves and their family without ending up back in prison. These programs including English classes, brick laying, sowing, and welding. And most importantly, H2O stresses the importance of a personal relationship with Christ. 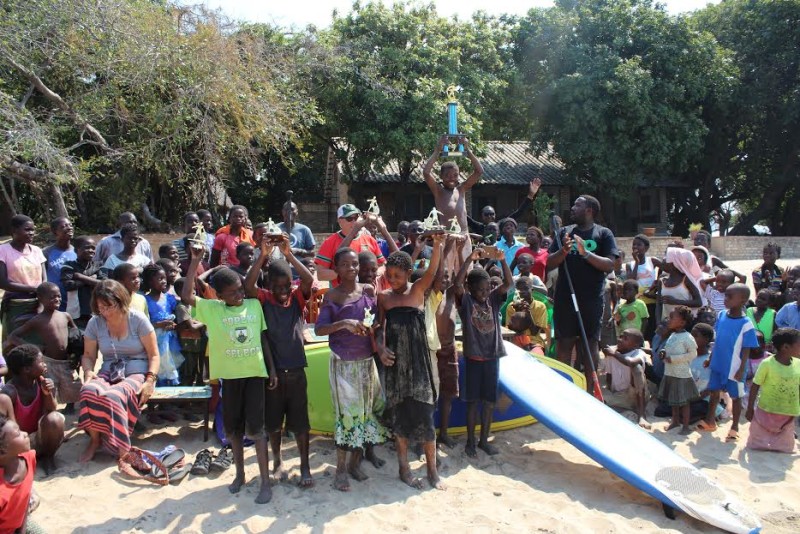 But it doesn’t stop there; H2O also focuses on orphan care, solar programs, well drilling, and even surf ministry. Each year, when Paddy brings a group from Santa Cruz, to witness all that H2O is accomplishing, you best believe he does it Santa Cruz style with a full blown surf contest. Watching hundreds of children from the Nkhotakota village compete for one of the ten finalist trophies is definitely the highlight of the trip for me. Even though the concept of surfing is foreign to them, the joy it brings is definitely universal.

The world would definitely be a much different place without Paddy Brady. I can say without a doubt that he has changed more lives than anyone I know and I believe this is just the beginning of what God is going to accomplish through Paddy. With H2O’s exponential growth over the past five years, I am stoked to see how many more lives will be changed in the years to come. 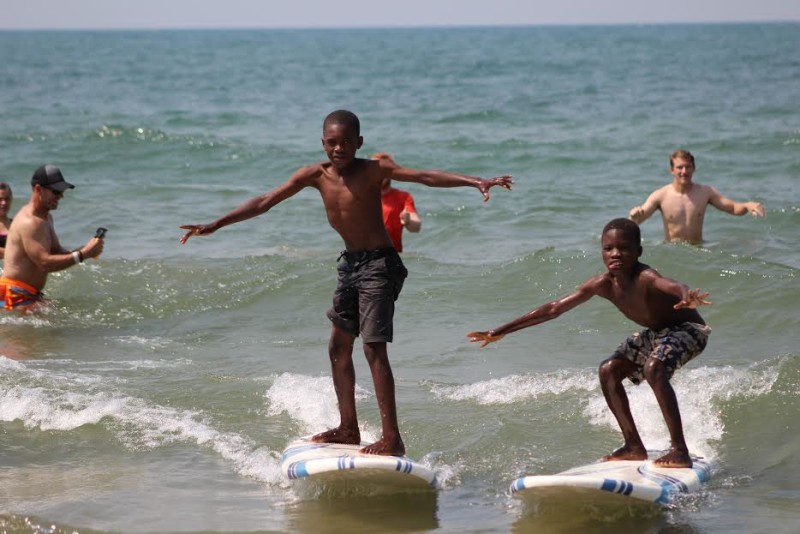 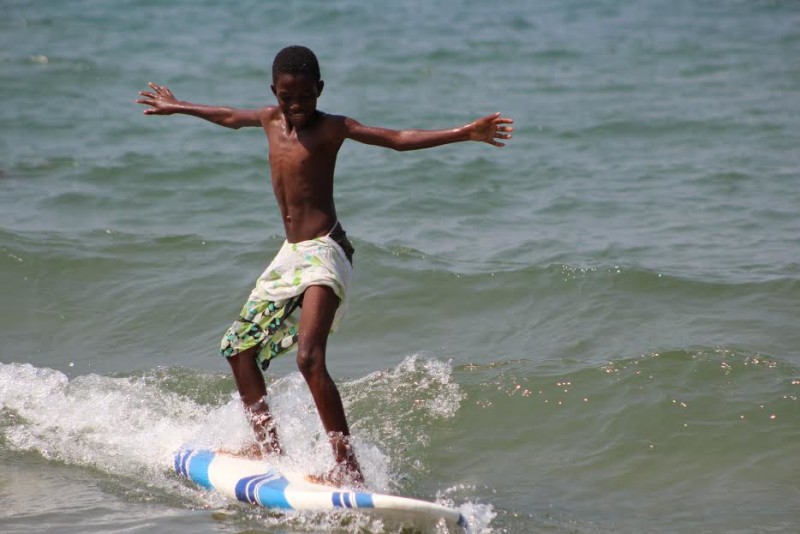 If you would like to know more about the insane things Paddy is accomplishing, check out www.his2offer.org . You won’t be disappointed.