Women are an integral part of surfing in Santa Cruz today, representing a substantial portion of the local lineup and membership in various surf clubs. In fact, the Santa Cruz Longboard Union currently has a female president, Jane McKenzie, who served her first term more than 20 years ago. 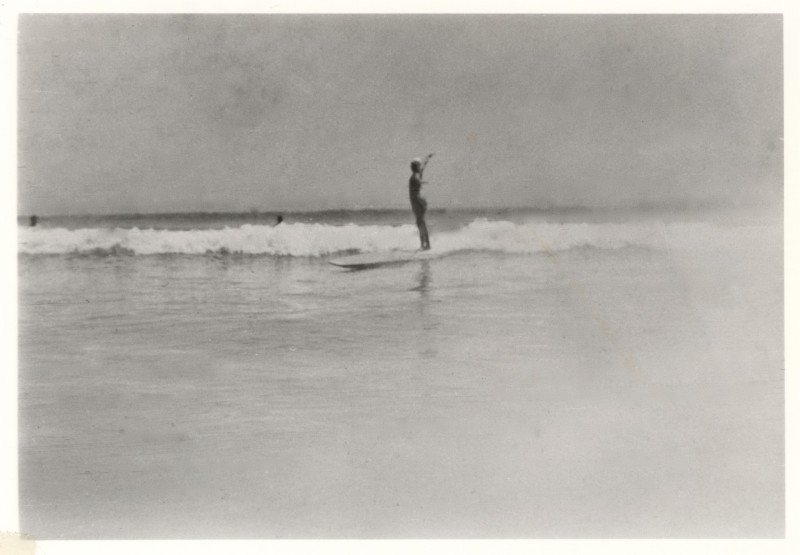 An unknown woman surfer strikes a pose at Cowell’s circa 1942. ALL PHOTOS reprinted by permission of SCSCPS, courtesy of the Harry Mayo Collection.

But this was not always the case, which begs the question: When did women first begin surfing in Santa Cruz, and who were they?

To find out more, I turn to Harry Mayo. At 92, Mayo is the oldest living member of the Santa Cruz Surfing Club, which was founded in 1936. Preserving courtesy unfamiliar to my generation, Mayo waits for me outside the local retirement community where he lives, opens every door, holds the elevator and walks me to the front entrance when it is time to leave.

“You’re not going to find much,” Mayo says when I question him about women surfing at the time the club was formed. “As far as surfing concerned girls, it never entered our minds. We had none in the club. Never came up, never discussed, never voted on.”

But women weren’t entirely absent from the scene. One pioneering woman, Pat Collings, would hang out with club members and borrow their boards to ride at Cowell Beach. She is one of two women that Mayo remembers surfing in 1941, and may have been one of the first women to ever surf in Santa Cruz. Collings later married Richard Fassio and changed her name to Pat Fassio. She still lives in the area, and spoke with me over the phone. 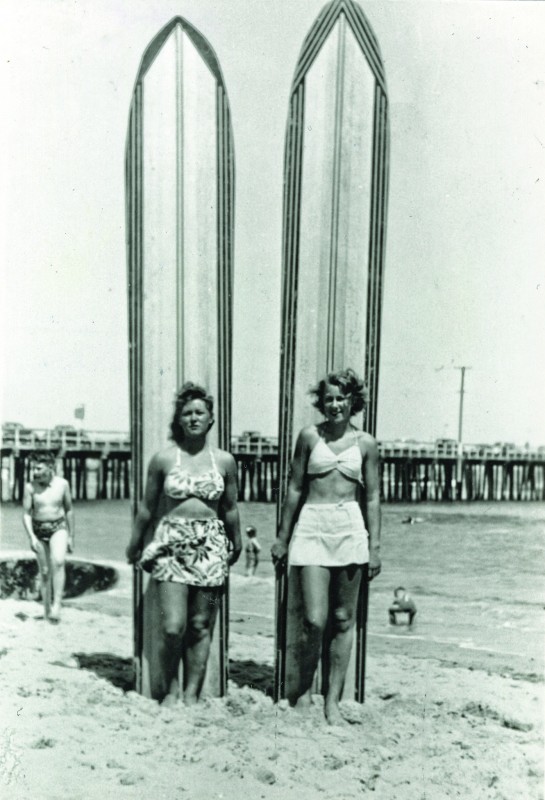 Fassio was born in Santa Cruz in 1925, just five years after women gained the right to vote and nearly half a century before the Title IX act revolutionized women’s sports. Back then, surfing wasn’t open to girls the way it is now—at the time, many parents did not care for their daughters playing sports, not to mention surfing.

Fassio’s family was the exception. Her father was an excellent swimmer who frequently took the family to Cowell’s. Fassio spent a lot of time swimming in the ocean as a child, and her family supported her interest in surfing as a teenager. The original members of the Santa Cruz Surfing Club were also very chivalrous toward her when she wanted to ride the waves. “They were great fellows,” says Fassio. “The boys would take the boards down to the water for us. We couldn’t have carried them ourselves.” 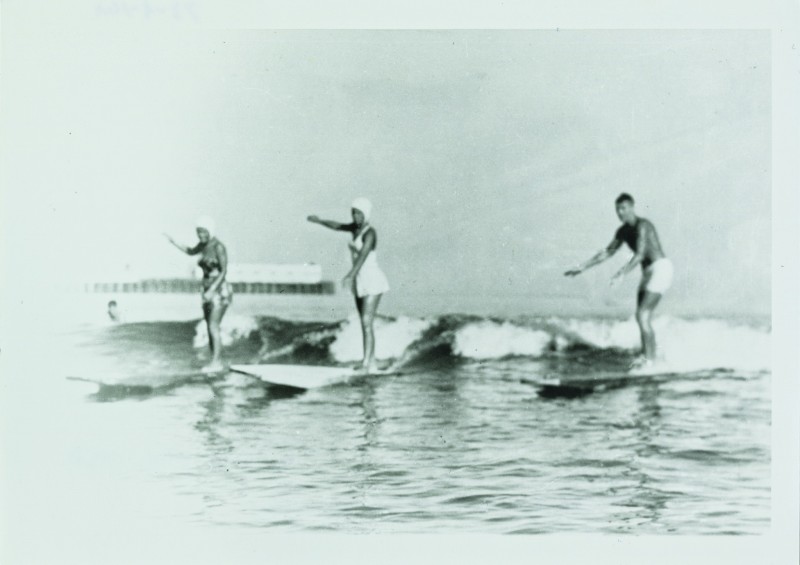 Mayo notes that the homemade board he lent Fassio in the early ’40s weighed around 65 pounds. “And that’s before it got wet,” he says.

Not only were boards much heavier, surfing was a far colder activity in Santa Cruz, as the surfing wetsuit had not yet been invented. Fassio was one of the few women who braved the cold water at the time—wearing just a one-piece swimsuit and a bathing cap. 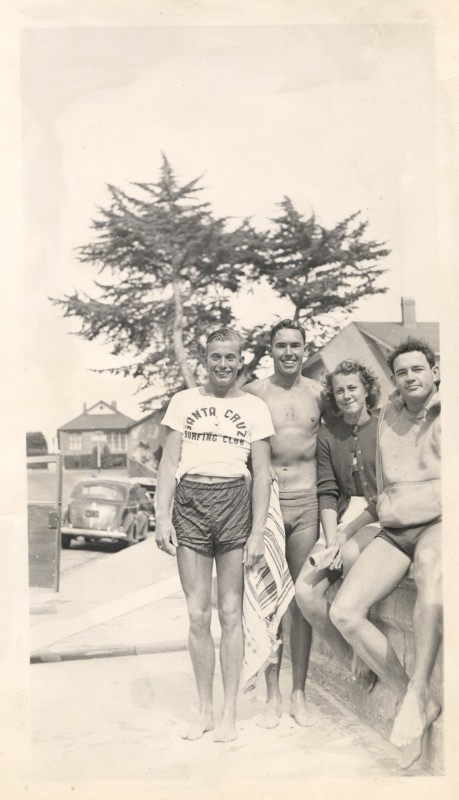 Fassio never thought of asking if she could join the Santa Cruz Surfing Club, and did not seem to mind that there were no female members. “It didn’t bother me at all,” she says. “We were all friends.”

Her engagement in surfing on a traditional board was short lived. After Fassio met her husband, the couple preferred body surfing together at the river mouth. Fassio later took up fly-fishing. But those youthful days spent catching waves remain fond memories. “It was wonderful, standing on the board and riding a wave,” Fassio remembers. “Just a wonderful feeling.”

McKenzie, with the SCLU, began surfing a few decades later in the 1960s. She was one of the first women to be admitted into the SCLU when it opened up to women in 1987, six years after its founding. She won the first SCLU women’s surfing division the same year.

“I wasn’t looking to break some barrier,” McKenzie says of surfing in those early days, speaking to Waves from the Malibu Boardriders Surf Club contest. “It was something I wanted to do, so I just did it.” Some things never change—McKenzie won her division at Malibu this year.

Looking back at how women’s roles have changed over her lifetime—in the water, and everywhere else—Fassio is enthusiastic: “The more women can do,” she says, “the better.”

2 comments on “REMEMBER WHEN … Women surfers first appeared in the lineup?”