The City is excited to introduce our newly elected Councilmembers this Weds, Dec. 7, at City Hall to YOU from 6:30 to 8:30 p.m. at Elks Lodge, 150 Jewell St. Focused on Ocean Street and Upper Eastside areas, the event is designed for community dialogue with city leaders and staff on neighborhood-specific topics in an open house/town hall format.

We are also pleased to introduce new plans for pedestrian crossing safety improvements at 21 City locations including Ocean, Soquel and North Branciforte intersections. This is the result of a new Cycle 8 Highway Safety Improvement Program grant of $968,200. The plans will be displayed at one of 20 booths featuring projects and programs across all City departments. 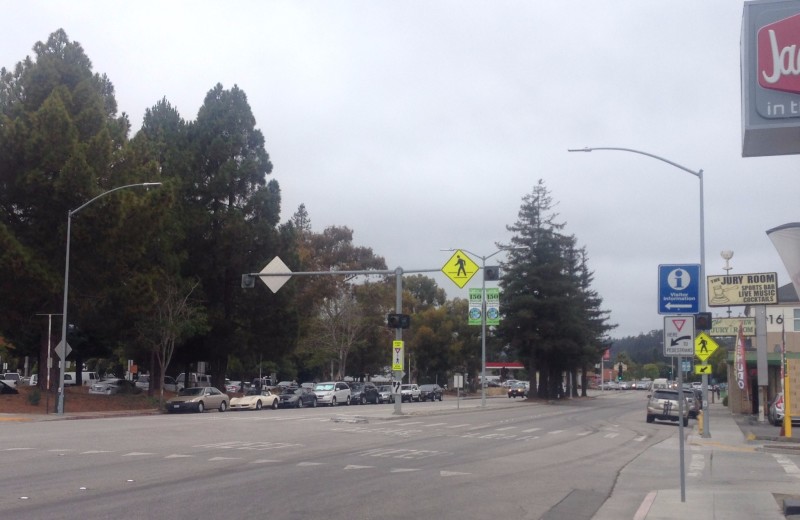 One of the intersections that will receive new pedestrian crossing improvements is Ocean Street at Dakota. 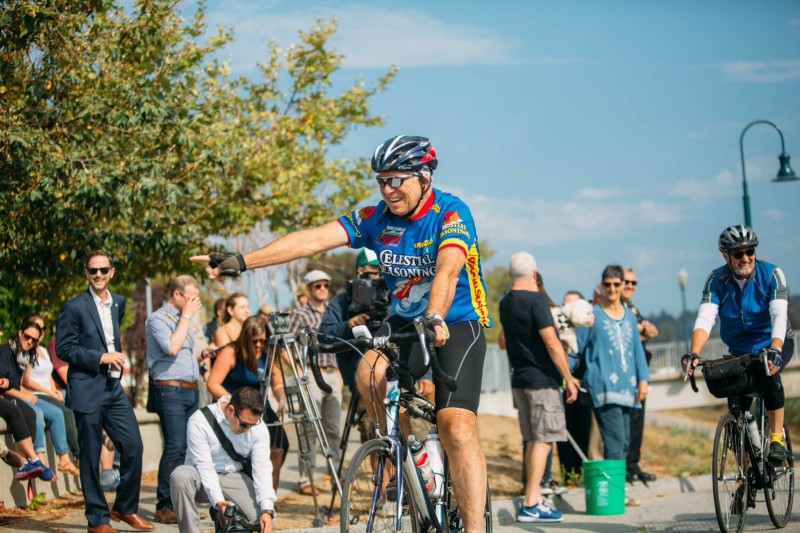 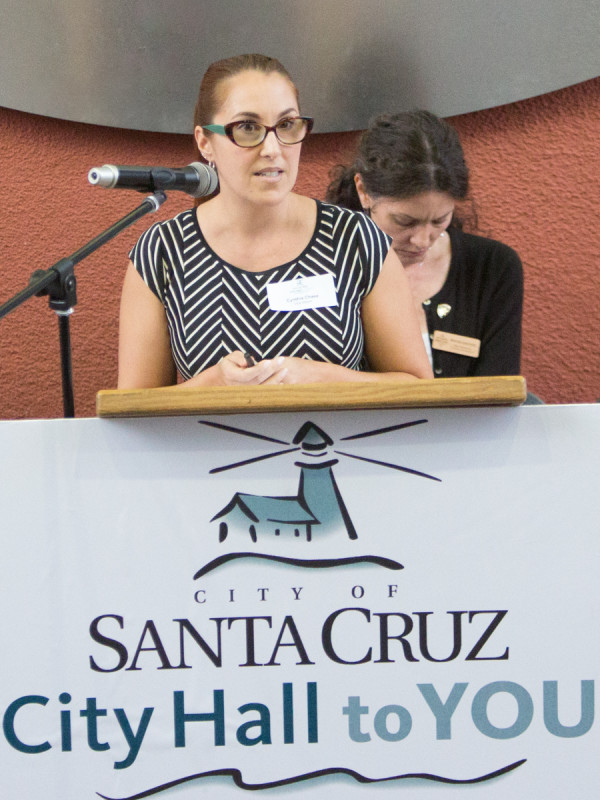 Vice Mayor Cynthia Chase will be one of five speakers in the town hall portion of City Hall to YOU.

City staff and officials look forward to speaking with YOU! at this Ocean Street/Upper Eastside community forum. 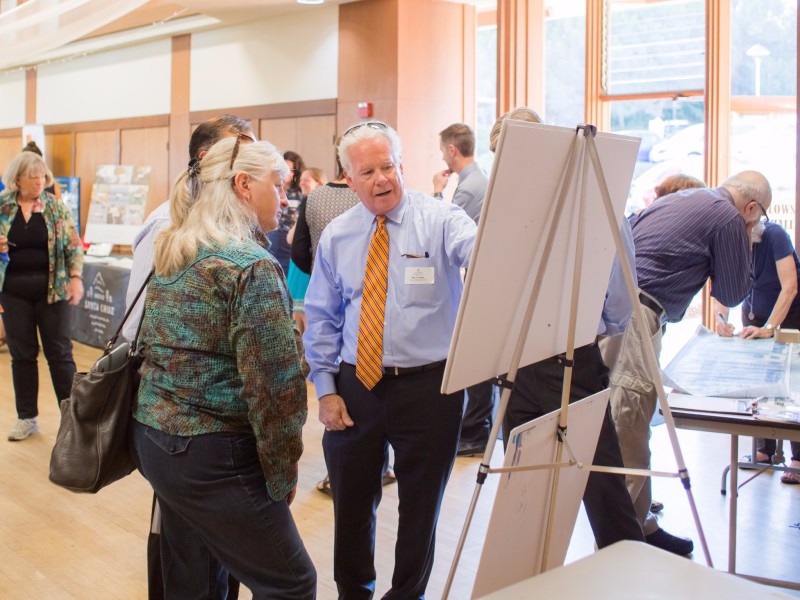 Public Works Director Mark Dettle reviewed engineering plans with a City resident at Westside City Hall to YOU on Aug. 31, 2016.

More City Hall to YOU information is available at www.cityofsantacruz.com.

One comment on “New Councilmembers, Riverwalk and Pedestrian Safety Improvements Highlight City Hall to YOU on Dec. 7”