Tom Powers on camaraderie, stumbling onto early-day Mavericks and growing out of his big-wave habit 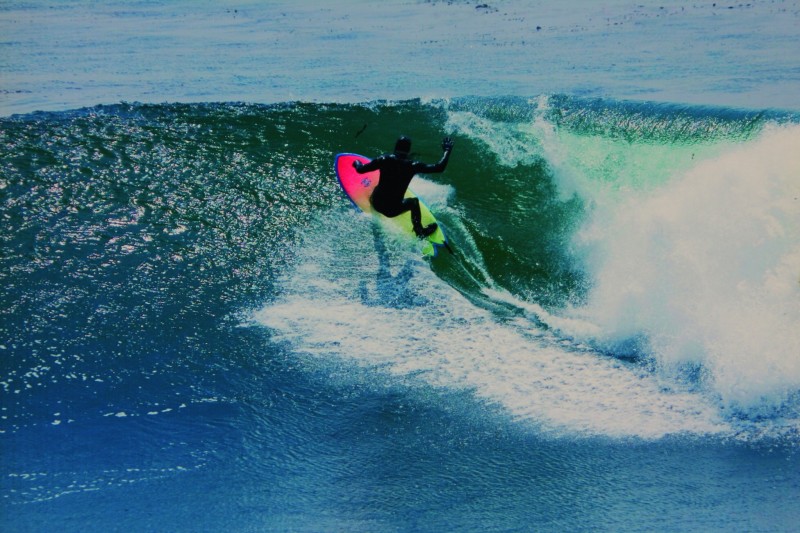 Lighting up The Lane with power and flow. Photo: Charlie Witmer

Rather than wax nostalgic about the “good ol’ days” in Santa Cruz, I’ll put it simply for the sake of brevity: in the 1970s and ’80s, locals controlled the lineups and visitors were rarely adopted by the increasingly agro local crew. So how is it that Tom Powers, an 18-year-old “valley kid” from San Mateo, happened to break into the rigid hierarchy at Steamer Lane and become best pals with Santa Cruz standouts and future big-wave legends like Richard Schmidt and Vince Collier? Determination and stoke. 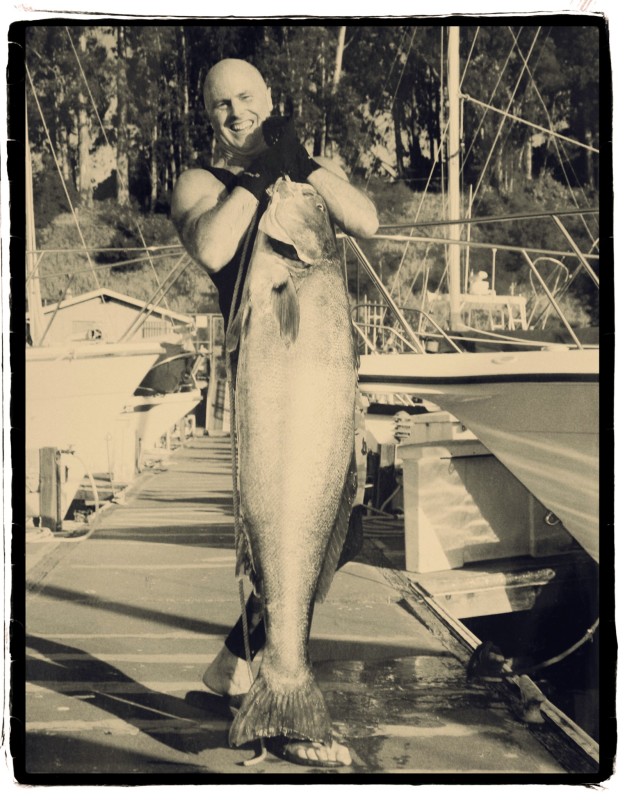 “I was, and still am, a total surfaholic,” Powers admits. “I was a complete and utter surf junkie—every waking moment, the highest priority in my life was surfing.”

This love for the ocean was birthed from a childhood spent riding mats and playing in the shore break at the Princeton Breakwater in Half Moon Bay. Being only eight miles away from San Mateo, Powers and his family would frequent the Breakwater on weekends. It was there that Powers caught his first wave on a surfboard as a junior in high school, in 1972. “Nobody taught you how to surf back then,” he says, laughing. “You were pretty much on your own to figure it out—trial, error, face-plants. It helped when I got my license, so I could jam after school and surf anywhere from Half Moon Bay to Waddell [Creek]. On the weekends it Santa Cruz, either the Lane or Mitchell’s, but sometimes Pleasure Point.”

He moved down to Santa Cruz with a couple of his buddies after high school graduation. Early on, he was lucky enough to meet and befriend brothers Richard and Dave Schmidt, Charlie Heitman, Vince Collier, and George Harper—all talented grommets on the verge of manhood. Powers was initiated into the pack by putting in his time and being respectful and mellow in the lineup.

In the early ’80s he bought a nice camera—a high-resolution Panasonic with a 10:1 zoom ratio, which was a big investment at the time—and the friends began taking turns filming each other. “It was cool, it was fun, and it really helped our surfing, too,” he says. “We’d be surfing three or four hours in the morning and come in and whip up a fat breakfast and pop in our tape so we could watch our session. You have this perception of how you think you surf and you see the footage and it’s like “oh, f@$k!’” But it really does help.”

Between studying at Cabrillo and working as a waiter at Miramar Fish Grotto on the Santa Cruz Municipal Wharf, Powers surfed as much as possible. In 1978 he moved into the Schmidt household after the parents relocated to Arizona. It was around this time that big-wave fever spread across town like wildfire. But Powers’ first experience with big surf had come earlier in his career, practically when he was still learning. 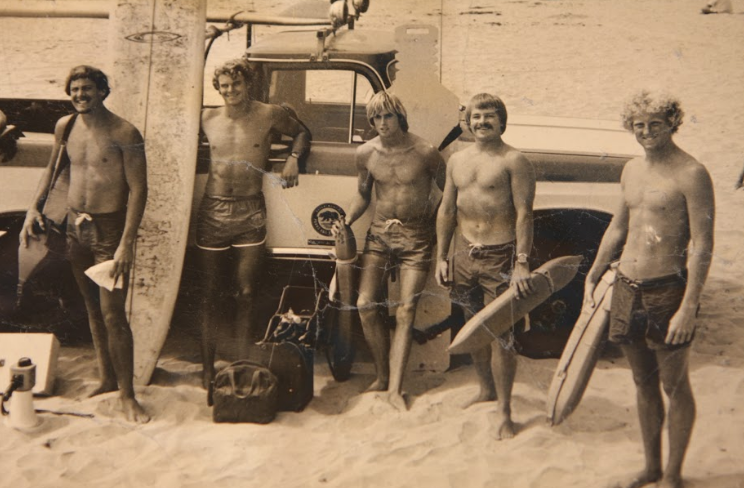 “My first legit big-wave experience was at Scott Creek in November 1974,” he recounts. “I still remember it like it was yesterday. It was a double- to triple-overhead day, but super clean and glassy all day. Based on my skill level at the time I was in way over my head. I got a couple of heavy beatings that day, but also actually caught and rode a couple of bombs. From then on I was pretty hooked on heavy water.”

After a couple of years hanging out with the Westside crew, Powers was getting more than his fill in the heavy stuff. They were surfing big Steamer Lane, Swift Street, Scott Creek, and various other protected big-wave haunts up the coast. Richard Schmidt was five years younger, but was the first of their group to make a mark in the powerful breaks on the North Shore of Oahu. Schmidt’s travels also brought him to Puerto Escondido, Mexico, where, in 1979, photographer Chris Klopf snapped a shot of him that would appear in Surfing Magazine. It wasn’t long thereafter that Schmidt’s brother, Dave, told Powers he was moving to Hawaii for six months. “I was like, ‘What!?’ I remember being insanely jealous at the time,” Powers says. 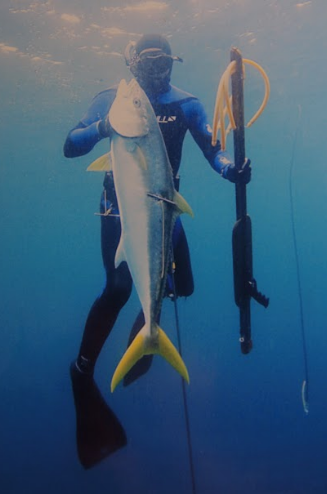 Powers soon took his own surf sabbatical: a five-year voyage that included a month at Puerto Escondido with George Harper in 1980, multiple North Shore excursions, and more Puerto throughout the ’80s and early ’90s. In between, he was, of course, taking advantage of the bombing surf locally. Little did he know the ultimate big wave was looming behind the very breakwater where he caught his first wave. “We made a lot of trips up to Ocean Beach, as well Point Arena,” he recalls. “That’s how we stumbled [upon] Mavs.” He and Dave were on a surf mission to Point Arena on a giant day in 1990. The conditions were perfect: a giant swell, no wind, and a beautiful, sunny day.

But when they got to Ocean Beach, it was a zoo. “There were some guys like Doc Renneker and Jeff Clark up there,” Powers says. “Jeff pulled me and Dave aside and said, ‘Hey, I’ve got this wave that will blow your mind!’ So we followed him to Pillar Point and checked the wave from behind. Dave was sayin’, ‘My god, that’s like Waimea!’ [and] pacing back and forth. Paddling out, we were looking at each other saying, ‘Holy shit, you could fit a single-family residence inside that barrel!’ We didn’t know what to think. We’d never seen a wave like that. [It’d been] right under our noses.”

Powers got Mavericks for the next five seasons, from 1991 to 1995. Was he the standout guy every session? No. But he still put in the work. “I was always super cautious out there,” he says. “All my sessions were two to five waves, always playing it super careful. That place scared the shit out of me every time I surfed it. I loved it, but at the same time I’d be a liar if I [said] it didn’t.” 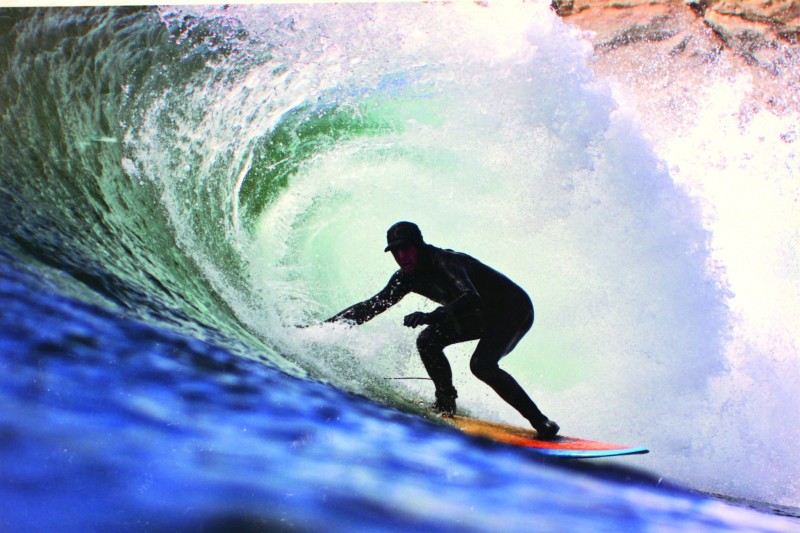 Clocking some tube time at The Lane. Photo: Charlie Witmer

The last time Powers surfed Mavericks was during a monster swell in 1995. On Monday of that week, 16-year-old Jay Moriarity caught the wave that landed him on the cover of SURFER Magazine. Powers surfed that Wednesday. “I got the worst pounding of my life,” he says. “On my last wave, I was sitting a little bit wider than the pack and a big set swept wide. I swung for it, got up and felt I was making the drop. Well, I didn’t. My board cavitated, and I slipped, glanced off my board and got sucked up and over the falls. I got pummeled so hard. Blew my squid lid off, never saw it again. I took a couple more on the head. I was done after that, it was all too much.” That Friday at Mavericks, Hawaiian big-wave legend Mark Foo drowned after a seemingly routine wipeout. 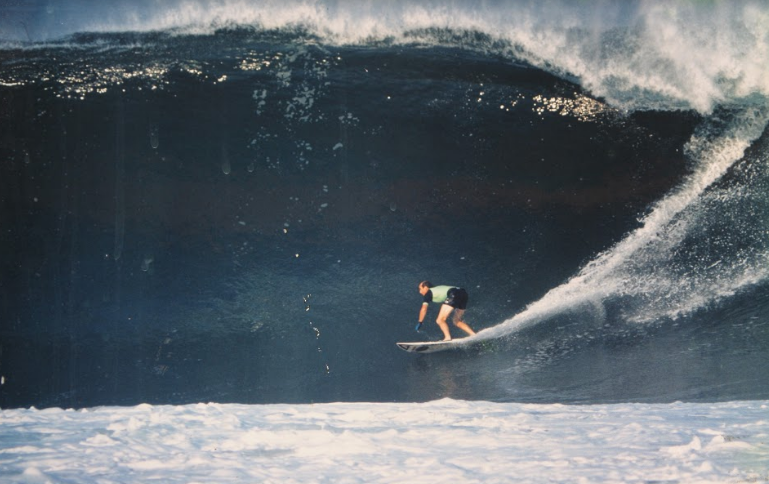 At that time, Powers was working as a manager at O’Neill Surf Shop, had kid No. 2 on the way, and it was becoming harder for him to find free time, so he was starting to tire of big waves and chasing swells. “My wife hit me up after Foo died and said, ‘Hey, it would be awesome if you didn’t surf Mavericks anymore,’” he says. “So that was a good excuse for me to bail outta there. We really did have it in its Renaissance-in-beginning though. It would be hard to replicate what we had. We didn’t even know what we had. I’m glad I was able to be a part of that movement.”

Nowadays, Powers spends most of his time working as broker for Seabright Mortgage. But, at age 62, he still surfs more than most people half his age. “With both of my daughters off to college, I’m on a much longer leash now,” he says. “No more soccer, softball, coaching, school, kid’s activities, etc. As much as I love having them around, I’m getting a lot more water time.”

As for his status as an elder statesman in the lineup, Powers is proud. “I feel so fortunate to still be getting out there,” he says. “Surfing is such a fun activity—truly the fountain of youth. I just feel so blessed, like I’m in the bonus round or something.”