Our readers have spoken! For the third year straight, Santa Cruz Waves honors some of the community’s favorite businesses, artists and surfers 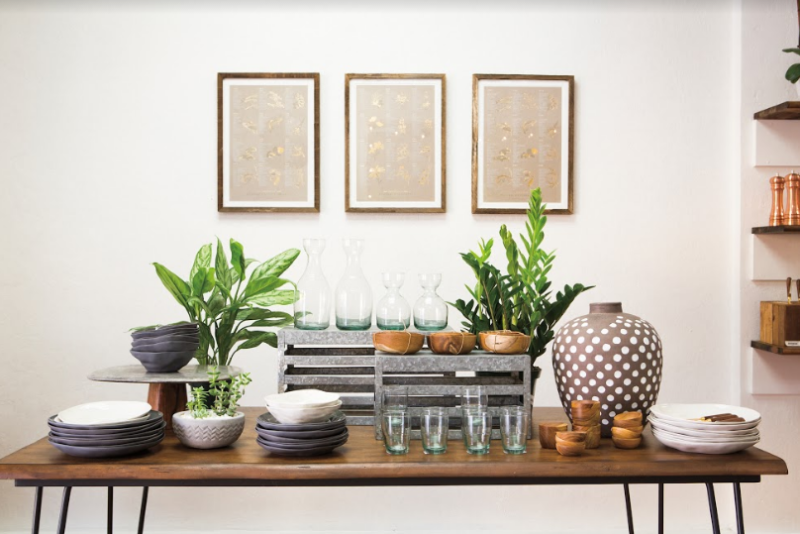 Around the age of 5, Leilani Kanter and Ariel Carlson took their first steps into the business world by selling tropical flowers and leis to passing tourists at the end of their driveways on the Hawaiian island of Kauai. After high school, the friends went their separate ways, with Carlson studying landscape architecture and Kanter studying holistic nutrition. “At the back of our minds, we both always knew we would go into business together,” Kanter notes.

With several years’ worth of experience in their respective fields now under their belts, Kanter and Carlson have reconverged and launched Botanic and Luxe, a lifestyle store that carries plants, home goods and décor, gifts and personal care products. The shop offers a broad selection of plants to beautify local living spaces, as well as Bay Area-made products such Santa Cruz-crafted Mutari Chocolate’s single-origin sipping chocolate, jewelry from Mountain Side Made and Alyse Lattanzio, and Golden Bear Bitters cocktail mixers that are made with organic and wild-foraged ingredients in Carmel Valley.

Kanter says that one of her and Carlson’s greatest joys is being part of their customers’ lives. “It’s such a rewarding feeling to help someone find the perfect thing for their home or just the right gift for a wedding or birthday,” she says. “We really enjoy visiting with people, and we’re looking forward to getting to know even more of Santa Cruz the longer we’re open.” 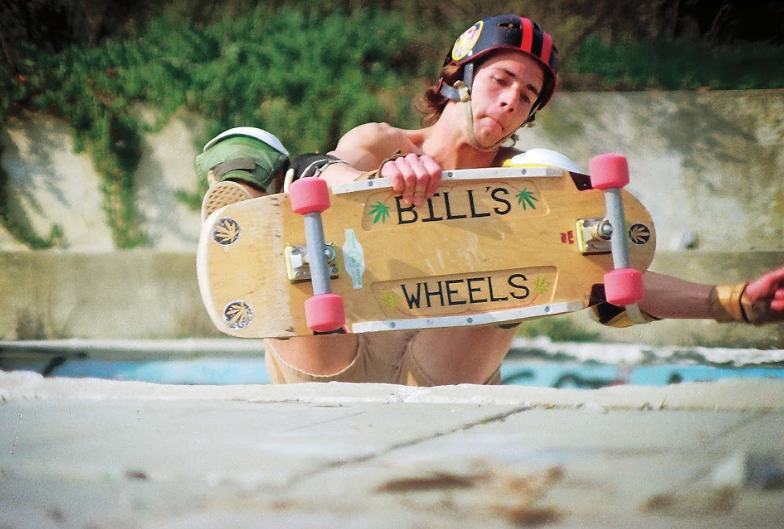 A warm, familiar feeling welcomes customers when they walk through the front doors of Bill’s Wheels Skateshop, entering a skateboard haven filled with old-school decks, shinny new trucks and racks of apparel. Bill Ackerman opened the business in 1977 out of a love for skateboarding. “What began as something that I just love to do turned into my entire life,” Ackerman tells Waves. As a result, he’s been a front-row witness to the evolution of the sport, from when it was a sidewalk emulation of surfing to the point when actual skate parks began being built.

Skateboarding gives riders a special feeling, and it’s clear that Ackerman knows this better than most. So do his employees and team riders, which fuels the Santa Cruz company’s timeless magic and has earned it generations of local support. “We wouldn’t exist without your support,” Ackerman says. Cheers to 40 years. | By Leslie Muirhead 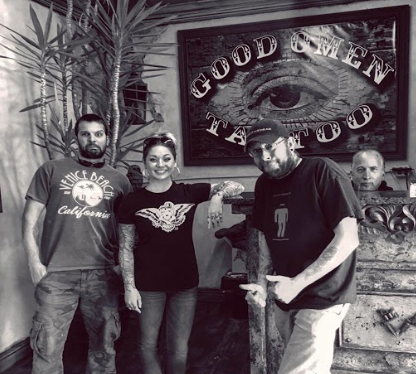 No matter how many times you’ve gone under the needle, you’re bound to get a little nervous whenever you put yourself at the mercy of a tattoo artist. Well, relax—you’re in good hands at Good Omen. The wall-to-wall five-star reviews on Good Omen’s Yelp page bear witness to the solid reputation of this business, whose founders, Aaron Cooper and Tim Buonagurio, have more than 40 years of combined tattooing experience. Now in its fifth year, the shop disposes of all equipment after use rather than re-sterilizing.

Cooper says his and Buonagurio’s original vision for Good Omen was to open a shop that “did not have that typical rock-star-tattoo-shop, overly-inflated-ego vibe. We wanted to make a friendlier environment for the customer. Getting tattooed is already stressful enough.” He attributes the shop’s success to the fact that he and the rest of the staff keep things simple and make the clients feel at home. “We joke; we laugh; we keep their minds as busy as possible so they are not focusing on getting tattooed,” he notes. “We also treat all customers how we would want to be treated if we were to walk into a business. From the smallest tattoos to the largest tattoos, each one will get the same attention to detail.” 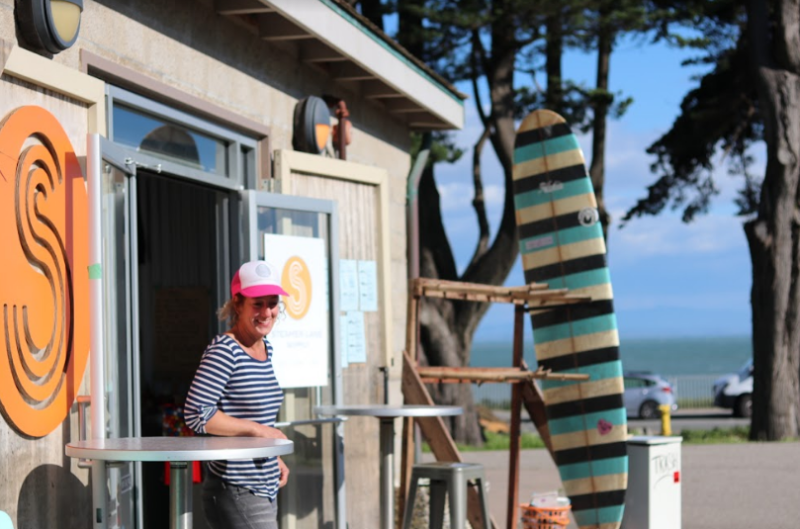 Fran Grayson’s vision for Steamer Lane Supply (SLS) was born of necessity: She used to routinely find herself hungry after surfing. “I generally never had it together enough to bring a snack, and I didn’t want to give up my spot,” she explains.

After hearing the same complaint from numerous Westsiders in the water and on the cliffs, Grayson opened SLS at Lighthouse Field State Beach on West Cliff Drive. While it also sells surf supplies like wax, leashes, sunscreen, T-shirts and hats, the shop’s main stock-in-trade is healthy, affordably priced food—something Grayson has been creating for the better part of the present decade as the owner of a café-on-wheels called The Truck Stop.

Some of SLS’s biggest crowd-pleasers are its poke bowls, its spicy tuna sandwich and its pressed quesadillas, among the most popular of which are the breakfast, kale, pulled pork and kimchi quesadillas. On the weekends, Grayson and her crew bring the food truck over to make grass-fed burgers and fish tacos. “Lots of people say that they are the best fish tacos they have ever had,” she notes. SLS also makes its own drinks, including seasonal organic aguas frescas and cold Turkish coffee with coconut cream. The café even has a dog menu that features items like a doggie frittata made from eggs, organic brown rice, cheese and meat scraps.

In an effort to keep the beach clean and safe, SLS does not sell any plastic or packaged goods, using only brown bio paper and recyclable aluminum foil to wrap its products. Add to that the fact that it gets all of its produce from local organic farms—and that the state park gets a percentage of every dollar—and customers have every reason to feel good about eating well for a low price. 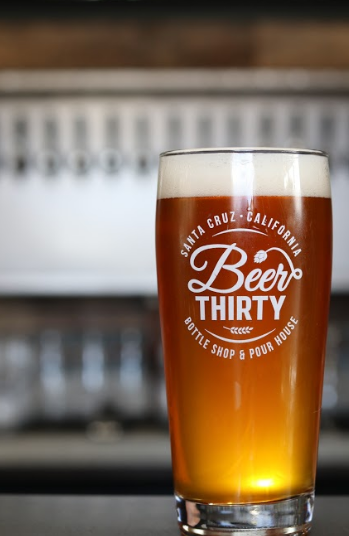 True to its name, this well-loved Soquel haunt offers a rotating selection of 30 beers on tap, as well as a giant selection of bottled beers. The purchase of a flight allows you to sample six different beers for around $10. Sweetening the deal are dog-friendly outdoor seating with heat lamps, easy access to tasty food, and games like darts, ping pong and cornhole.

“It seems like just yesterday that we were searching for the perfect location to start our new business,” Beer Thirty co-owner Olive Moredock recalls. “We considered several spots that are now home to some of our favorite breweries and taprooms — think NUBO and West End Tap & Kitchen—but it was this little spot nestled between other neighborhood businesses that stole our hearts.”

Beer Thirty hosts a number of annual events that support the craft beer community, including the Locals Only Tap Takeover that takes place on May 17 this year. Specialty beers from all 14 breweries in Santa Cruz County will be showcased under one roof. Check Beer Thirty Bottle Shop & Pourhouse’s Facebook page for details. 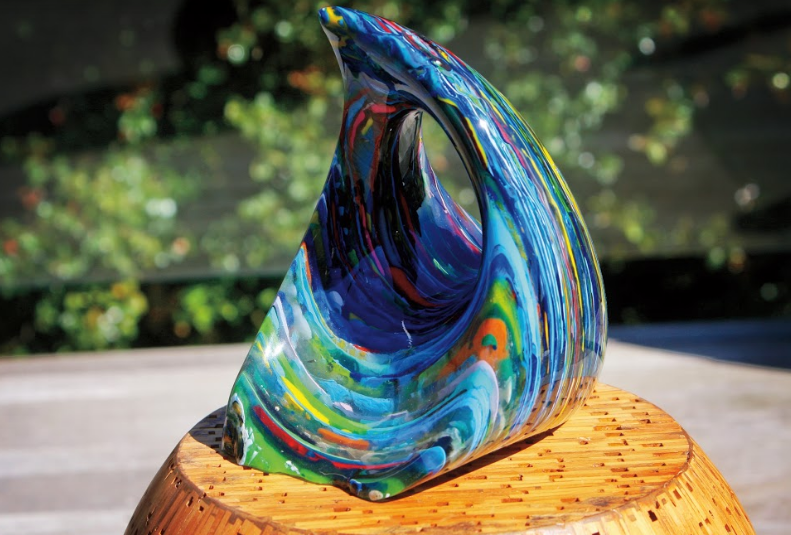 During a lull in business brought on by the closure of the surfboard blank manufacturing factory Clark Foam in 2005, the namesake of the surfboard fiberglassing business Vince Broglio Glassworks looked around his studio and found a large amount of leftover resin from boards he had laminated over the years.

“People had come in to see my rack, and there would just be all these wild colors and all kinds of crazy stuff,” Broglio says. “Everybody’s going, ‘That looks like art!’ So that’s when I decided to cut my rack up and start doing some sculptures.”

Little did he know that he’d one day be the winner of a Swellie for the sculptures and bowls that he continues to make from recycled resin and fiberglass materials. Broglio, who was finishing up some new ocean-themed sculptures and paintings when Santa Cruz Waves called to tell him about his award, says he draws inspiration from “being out in the water, feeling the power of the waves.” He adds, “The energy that the ocean gives off is pretty inspirational.” 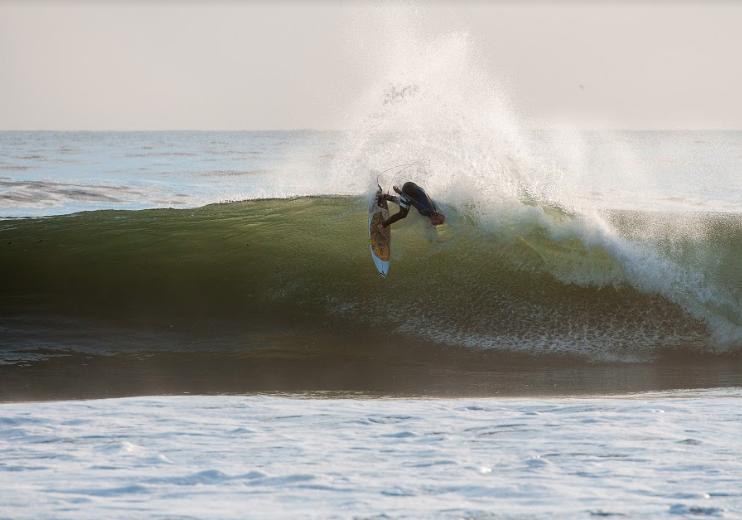 What’s the best wave you caught this past winter? “My best session this year was up at Ocean Beach. It was at the very beginning of this year—probably within the first week of 2017. There was one day up there in particular where the swell was pretty big; it was probably 15 foot-faces there, and the winds were perfectly offshore. Ocean Beach is a hard place to get everything to come together, as far as the size of the waves, the wind, the sandbars, and stuff like that. A lot of times when you surf there, it’s hard to be in the right spot, and it’s a lot of work to get on the good waves. But that day I managed to get three really good waves in a row. There was one in particular that stood out. I had just gotten home from Hawaii, and I ended up catching a couple of waves that day that were as good as some waves I’ve had in Hawaii.” 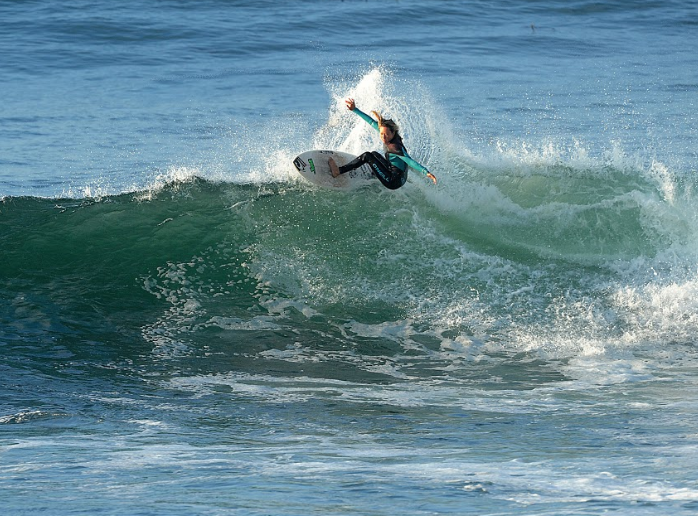 What’s the best wave you caught this past winter? “I had my best wave of the winter at The Lane. It was a fairly big day. I was about to jump off the point when a cleanup set came. The set washed in the whole lineup, so when I jumped off, I was all alone out the back. Shortly after, the set of the day came. I was in perfect position. I took off on the first wave and surfed it all the way from the slot to the surfer statue. It was one of the longest waves of my life—I probably got 12 turns. My legs were burning!” 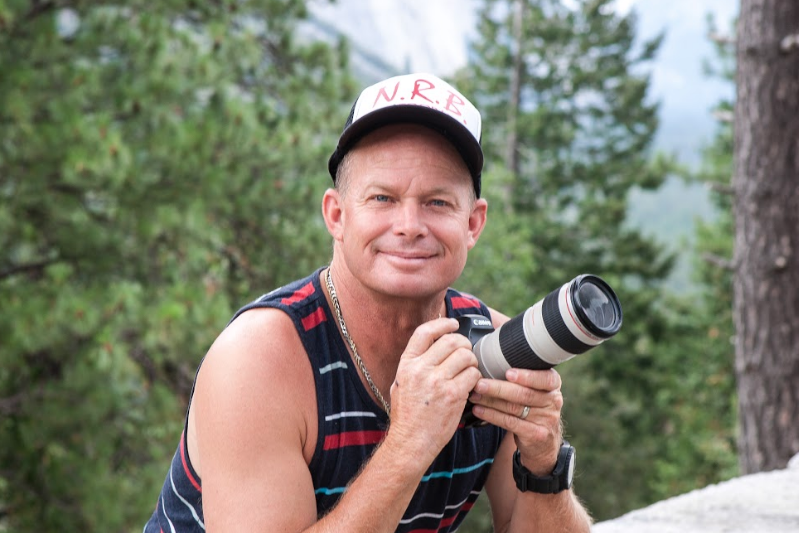 Dining With A View