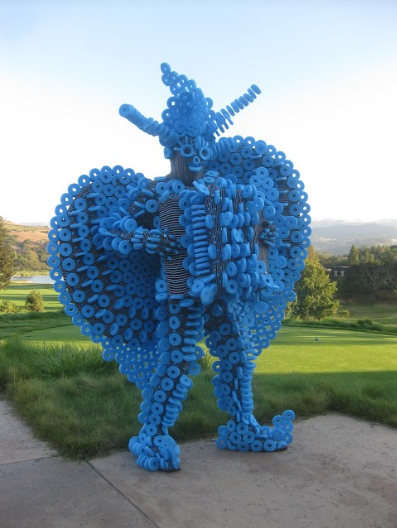 When The Great Morgani plays his accordion on Pacific Avenue, you can expect just about anything from his legendary costumes—traffic cones, dime-store cups, padded fish, plastic bottles, shower heads—but you will never see his face. “I get dressed in the parking garage and stay in costume until I get home,” says the man behind the masks, accordionist and performance artist Frank Lima. “I think it’s important to maintain the illusion, the magic. It’s all about fun, after all.” 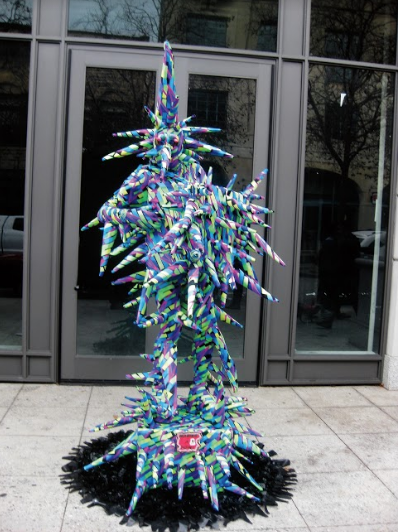 Over the past 20 years, The Great Morgani’s ever-astounding costumes and music have made him a local legend. Born in Los Banos, Lima’s family moved to Santa Cruz in 1947 when he was 5 years old. He became a stockbroker straight out of Santa Cruz High School and did well enough to retire at the age of 35. But retirement did not suit him, and a decade later he decided to turn his accordion-playing skills into a creative hobby.

That hobby requires a great deal of work, however, and it comes with some very interesting risks. A self-taught costumer, Lima puts in more than 100 hours on some looks, creating and sewing them on a 1943 Singer that originally belonged to his mother. He finds inspiration in everything from his extensive travels to actor Tim Conway and grocery-store SKU labels to the Fellini film 8 ½. His elaborate creations include platform shoes that weigh up to 10 pounds, a covered accordion (weighing in at nearly 30 pounds), gloves, the all-important mask, and a variety of other props and gadgets from mannequins to bicycles.

Lima has learned through trial and error not to wear outrageous shoes on high platform boxes (he’s had too many spills to count), not to incorporate funny posture positions (like the Leaning Tower of Squeeza, which left his back crimped for days), and not to play for more than a few hours at a time (he cannot get in and out of costumes easily for bathroom breaks and cannot eat or drink with most full-face masks, so he consumes nothing before or during performances and, as a result, has battled dehydration and dizziness during long hours on his feet). He handles it all with great charm and humor, however, promising—now at age 75—to continue performing as The Great Morgani as long as he still enjoys it. “It’s not about the music … I’m honestly a little tired of the music,” he says with a big wink and grin. “I am representing myself as an artist and Santa Cruz as a community. The biggest compliment is when people say I make them smile.”

Through the Morgani Mask: Lima looks back at how downtown has changed 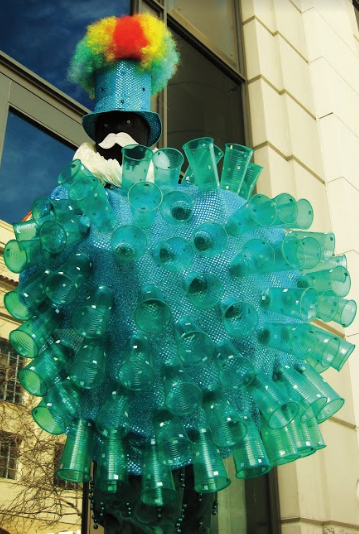 In His Own Words: Lima’s book The Great Morgani: The Creative Madness of A Middle-Aged Stockbroker Turned Street Musician can be purchased at Bookshop Santa Cruz.

2 comments on “Remember When… You First Saw The Great Morgani?”