We all think we know what pairs traditionally well with beer: a hot dog and a baseball game, pretzels and a bar stool, a warm summer day and a cooler. But Santa Cruz breweries are looking far beyond the traditional eats and activities in creating unique and unexpected pairings that make their brews even more enjoyable and thought provoking. Here are four such beer collaborations worth noting. 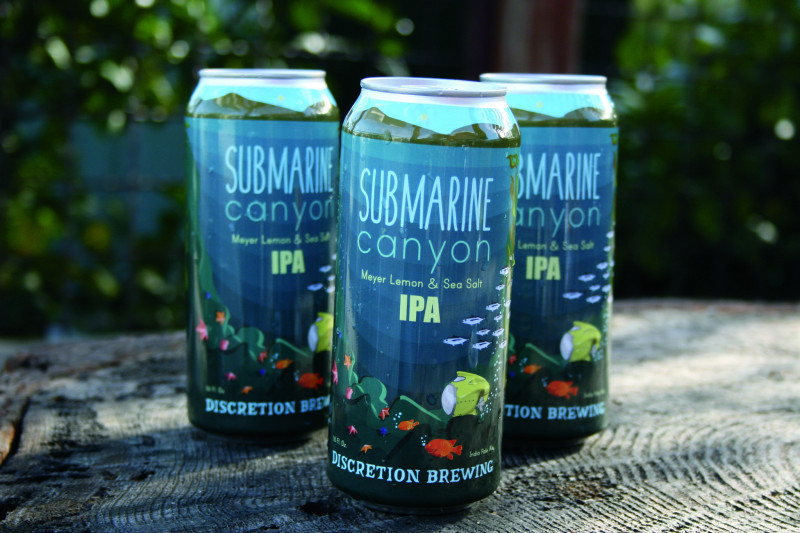 Discretion does a number of interesting limited-edition collaborations throughout the year, such as the blackberry kettle-sour beer exclusively for Santa Cruz Waves’ Beer Week last May and a limited edition sea salt and Meyer lemon brew that benefitted Save Our Shores. But their most consistent partnership is with Hollister pig farmer Jack Kimmich, of California Kurobuta. “We give them all our spent grain and yeast,” says Dustin Vereker, co-founder of Discretion. “It helps us divert a perfectly good feed source from the local landfills—over 250,000 tons per year—and helps Jack keep his feed costs down. It’s definitely a win-win.” (Discretionbrew.com) 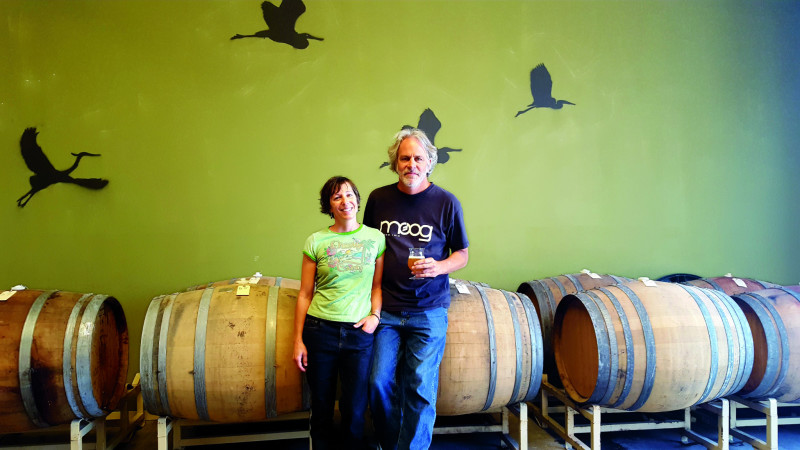 Husband and wife team Michael Enos and Julie Rienhardt both worked in the nonprofit sector before starting Elkhorn Slough Brewing Co., so it’s no wonder they volunteer their time in beer education. Starting with a lecture at the Watsonville Public Library, the couple has devoted time and energy to promoting the history and literature of beer and its craft, with particular note of local details. For instance, did you know Watsonville once produced 25 percent of California’s beer?. (Elkhornsloughbrew.com)

What if beer didn’t go with hot dogs, but rather in hot dogs … or, better yet, handmade sausages? Aptos BBQ is proving it to be an amazing idea by infusing fat, juicy, handmade sausages with Sante Adairius’ classic 831 IPA and serving them up as tasty 831 Sausages. (Rusticales.com) 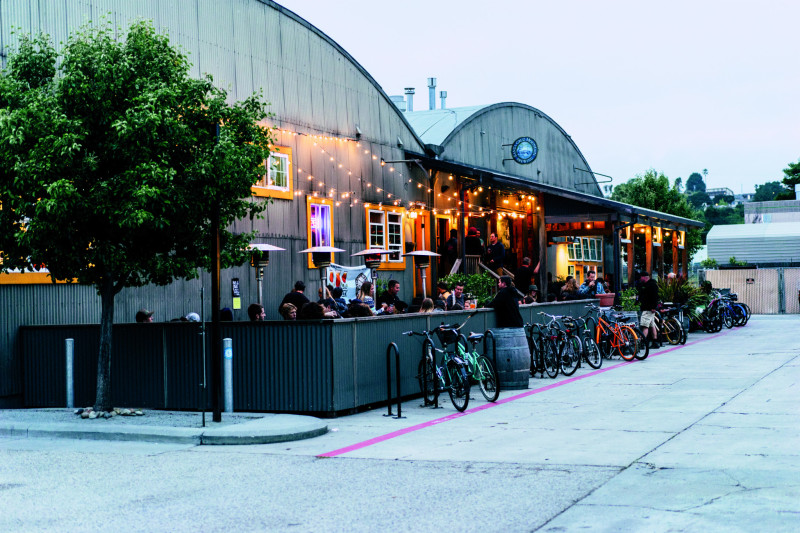 Santa Cruz Mountain Brewing’s labels and merchandise feature nearly exclusively local artists and personalities. The labels for all Boardwalk beers are created by the Boardwalk’s graphic artists: the Boardwalk Blonde, for example, even features their first billboard model, Marilyn Matthews (who still lives in Santa Cruz). Many of the special-release beers and IPAs (Twisted Sister and Devout Stout, among them) show the distinct style of Janet Allinger. “We love working with local artists,” says owner/brewer Emily Thomas, noting that one of their brewers, Pepe Palacios, even got in on the act, designing their popular Happy Hour skeletons merchandise. (Scmbrew.com)