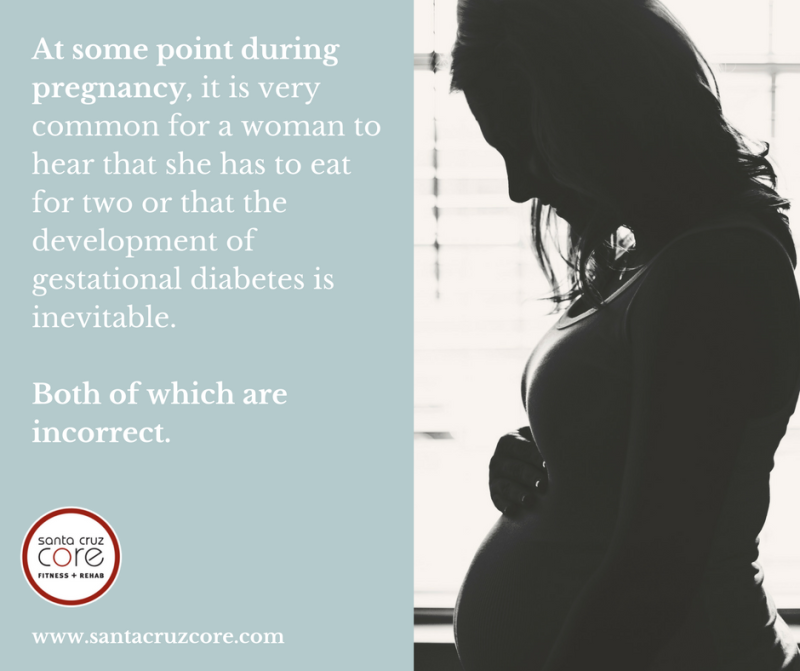 There are a lot a misconceptions about what it means to have a healthy pregnancy. This is especially true when it comes to weight gain and the effects diet choices has on the fetus. It is very common, for example, for a woman to hear at some point in her pregnancy that she has to eat for two or that the development gestational diabetes is normal. Both of which are incorrect.

In fact, the recommended increase of energy intake for women during the gestational period is only about 10% of their normal caloric intake. Furthermore, while the development of gestational diabetes has become more common with the growing rates of obesity, it is by no means normal and can lead to complications both in fetal development and nutrition.

Maternal lifestyle and weight-gain before, during, and after pregnancy are crucial for the immediate and later healths of both the mother and child. Complications can result from wrong lifestyle choices like excessive eating, excessive exercise, and risky behavior like smoking.

Maternal pre-conceptive weight and gestational weight gain should be carefully controlled as these can lead to adverse outcomes in pregnancy. A study researching the effects of gestational weight-gain concluded that “women with a very high weight gain had approximately twice the odds of very preterm delivery, regardless of prepregnancy BMI (Dietz, 2006).”

Higher incidences of preterm births and low-birth weights are also observed in neonates with underweight mothers due to insufficient weight-gain.
Both of these observed outcomes highlight the importance of a healthy gestational weight-gain. The growing rates of obesity in recent years has led the World Health Organization to declare it a worldwide epidemic. Obesity has become the number one complication managed by healthcare providers during the prenatal period. 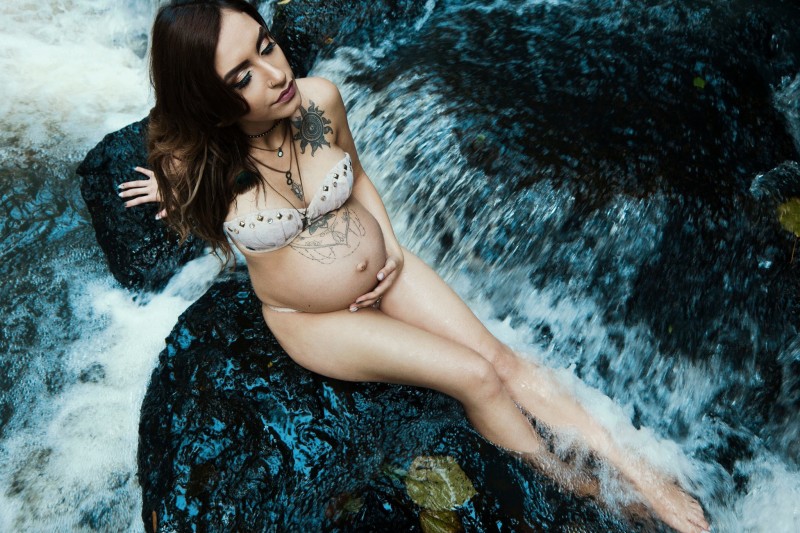 Unhealthy weight gain during pregnancy increases the morbidity and mortality of mother and child. Women who have become pregnant and who are at higher risk for complications due to weight-related issues should consult a nutritionist to develop a nutrition plan that will help both mother and fetus.

The growing rates of obesity are positively correlated to the rates of gestational diabetes mellitus(GDM) and to related perinatal outcomes. This means that the observed numbers of GDM and related perinatal complications are growing with those of obesity. In recent years, GDM has become the most common medical complication during pregnancy and proper control of lifestyle women affected is crucial to preventing adverse outcomes.

The Risks for Mother and Fetus

GDM puts both the mother and child at greater risk for complications during gestation and postpartum period. Women who develop GDM during pregnancy are at a significantly higher risk for developing Type 2 Diabetes later in life as well an increased risk for cardiovascular conditions.

Mothers with GDM have an increased risk of gestational hypertension, preeclampsia, cesarean delivery, and labor complications. Additionally, the developing fetus is at greater risk for macrosomia, fetal organomegaly, shoulder dystocia, and hypoglycemia (Bao, 2014).

The HAPO (Hyperglycemia and Adverse Pregnancy Outcomes) study, a study which examined the relationships between maternal blood sugar and perinatal outcomes, concluded that the risks increase with the degree of hyperglycemia. These risks pertain maternal, fetal, and neonatal healths.

Why and how does GDM develop?

Hormonal and physiological changes during pregnancy are big players in the development of gestational diabetes. The female body undergoes a series of hormonal changes to accommodate the demands of the developing fetus.

There is an increase of fat deposition, and an increase of basal metabolic rate. Hormonal changes include the influx of luteinizing hormone (LH), human growth hormone(hGH), estrogens, progesterone, and human placental lactogen(hPL).

Estrogen leads to an increase in plasma lipid levels due to decreased activity of hepatic lipases which lead to an accumulation of triglycerides in the blood, and well as an increase in very-low-density-lipoprotein (VLDL).

The presence of human placental lactogen leads to a decrease in insulin sensitivity of about 60% and an increase levels of circulating glucose. This is because hPL which normally helps break down fats to help fuel fetal development leads to an interference of susceptible insulin receptors.

Many of the possible complications of pregnancy can be controlled for to promote a healthy pregnancy and perinatal outcome. Some of these include planning a pregnancy ahead of with the help of health professional or nutritionist who can assess the mother’s health.

Folic acid supplementation, for example, in crucial for proper red blood cell development in the fetus, rapid cell division and cell growth, and in preventing neural tube defects (NTDs). This supplement should be consumed at least one month before conception to maximize positive outcomes and reduce risks.

Overweight and obese women should aim at reaching a healthier body weight before becoming pregnant, this will help reduce the risk of complications. Gestational weight gain should also be closely monitored as this can affect outcomes pertaining to fetal and maternal health as well as delivery.

There is also an increased chance for the development of GDM for overweight mothers, this means that hyperglycemia should be controlled for.
Risk factors decrease in general with a healthy diet consisting mainly of nutrient dense foods (like kale and spinach), as opposed to energy dense foods (like burgers and fries). Moderate physical activity also helps promote healthy maternal weight gain, reduces stress levels, and has been found to reduce the chances of postpartum depression. For the best perinatal outcome a woman should be proactive about her health and the fetuses, and consult a nutrition expert.