Until recently, there was a gap in the Riverwalk system. For years, Santa Cruz cyclists and pedestrians had to leave the levee pathway and use City streets in order to cross Branciforte Creek. Thanks to the achievement of state grant funding, the City was able to complete the Riverwalk gap through construction of the Branciforte Creek Bicycle/Pedestrian Bridge and Multi-Use Trail Project which was celebrated with a ribbon cutting on Sept. 28.

The event was hosted by Mayor Cynthia Chase who arrived crossing the bridge on bicycle to applause from the crowd of community members. The mayor spoke of how the project will help to increase walking and biking in Santa Cruz and support the goals of the City’s new Go Santa Cruz initiative which also officially kicked off that day. The bridge and trail also support the City’s 2020 Climate Action Plan aimed at reducing greenhouse gases by 30 percent over a 10-year period. 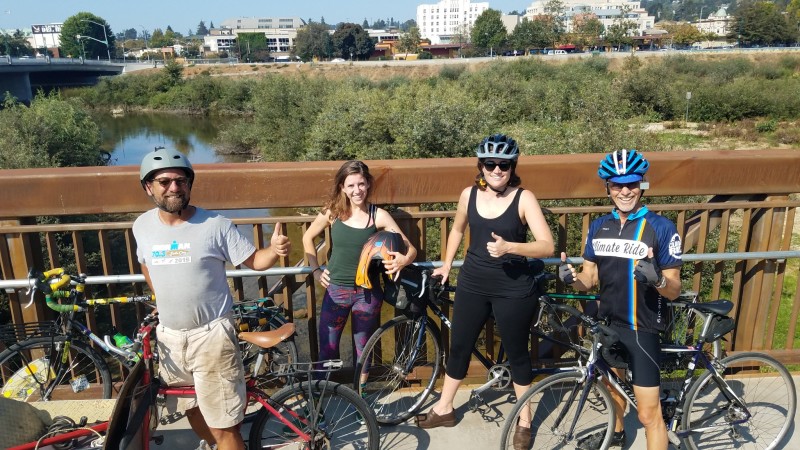 The Branciforte Creek Bike/Ped Bridge and  Multi-Use Trail Project complete the Riverwalk as a Santa Cruz signature—an important active transportation corridor running north-south through the center of town connecting  employment, retail, schools and recreational areas with neighborhoods. The bridge and trail have greatly increased use of the Riverwalk by creating a continuous, convenient, safe and fully separated pathway for cyclists and pedestrians. 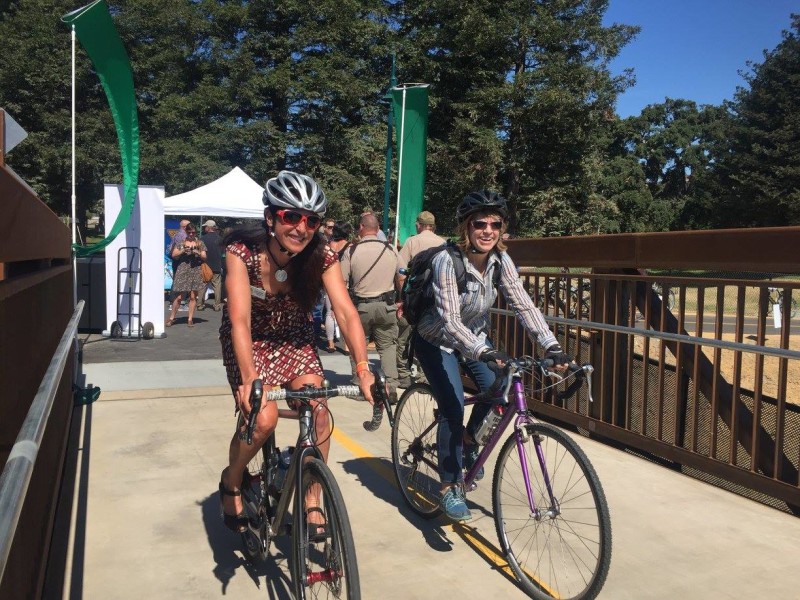 Supporting this increase in active transportation is the City’s Street Smarts program with mission to reduce the number of traffic-related injuries and crashes in Santa Cruz. Here’s a look at the latest Street Smarts video message with a few tips for cyclists whether pedaling along the Riverwalk or on City roadways.

Whether on bridge, trail or street, remember to obey all the rules of the road.

More Street Smarts information can be found here including traffic safety yard signs that are free to all City residents.