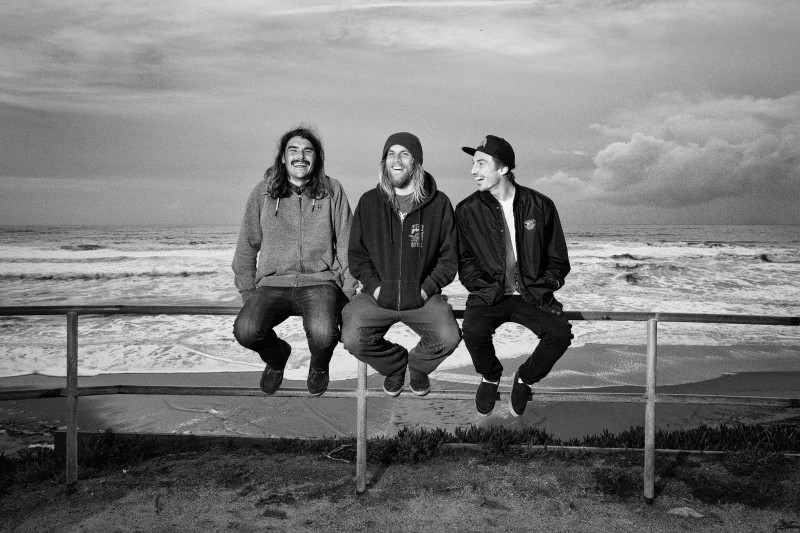 Whether the band is jamming at Zelda’s on the Beach, the Catalyst, or Moe’s Alley, it’s hard to find anyone sitting down at a Nomalakadoja show. Their positive vibe and upbeat style—a blend of roots reggae, ska, and island music—has the power to pull most people off of their seats and onto the dance floor.

“When we play live, the feeling just takes over—this raw crowd connection that we tap into,” says guitarist and backup vocalist Alex Walther. “I think that’s been our success: connecting with the crowd and letting the whole feeling of the music take over. It’s a total transfer of energy. When the crowd is into it, we play our best.”

The band’s name, Nomalakadoja, like their sound, is wholly unique and originates with drummer and lead vocalist Spencer Vantress. Years ago, while freestyling with a friend, inspired by Outkast’s song, “Rosa Parks,” Vantress shaped a string of syllables into the name. He then created a logo of the word that he made into stickers and hats.

While playing at Pono Hawaiian Grill one night, he was asked what his band was called. He didn’t have a band name, but he was wearing one of his Nomalakadoja hats. “I came up with the name off the top of my head—literally,” says Vantress. “It stuck after that. And now, when people ask me what it means, I tell them it means we’re having a good time.” 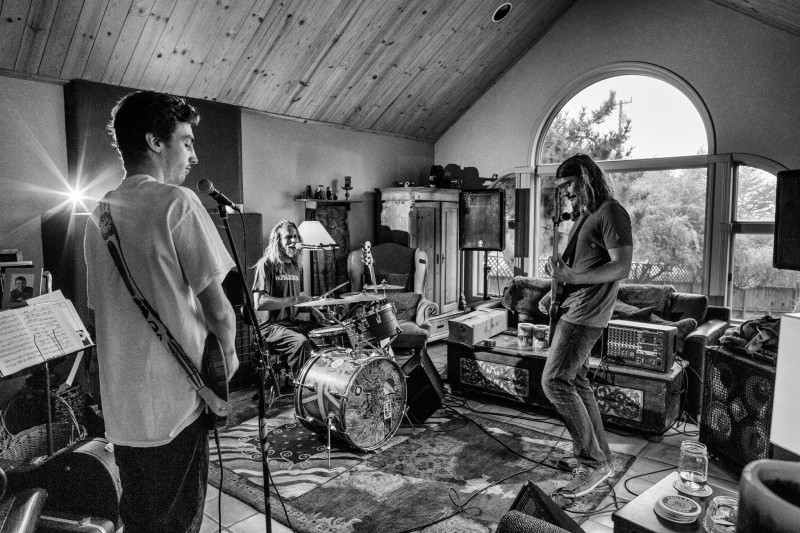 Nomalakadoja has had a few members come and go over the years, with Vantress always at the helm. Now, with Walther on guitar and the recent addition of Zack Thorensen on drums, the trio fell into a pleasant groove that led them to seek out a studio and record their first album.

With the help their friend, Skunk Records co-founder Miguel Happoldt, they recorded at Different Fur Studios in San Francisco, where artists like Stevie Wonder and Primus, among others, have recorded in the past.

“It turned out to be the most ideal recording space,” says Walther. “And we recorded live to capture that same raw feeling that we have in our shows.”

They have dubbed their debut album Feel Good Music, which is how Walther describes the band’s genre to those who have never experienced their shows. This pervasive air of positivity is something that the members actively seek to create and transmit through their music, and when they do it right, they find that a certain magic transpires between them and the crowd.

“A lot of the time, when we’re playing, we get into a trance state—when the rhythm locks up and we’re playing super tight, everything becomes effortless and we’re floating in the moment,” says Vantress. “Then I’ll look around the room and realize everyone is in the same trance, and we can’t stop because there’s a special energy in the room and everyone’s feeling it.”

Catch Nomalakadoja live at Moe’s Alley on Feb. 23. Find them online at nomalakadoja.com.