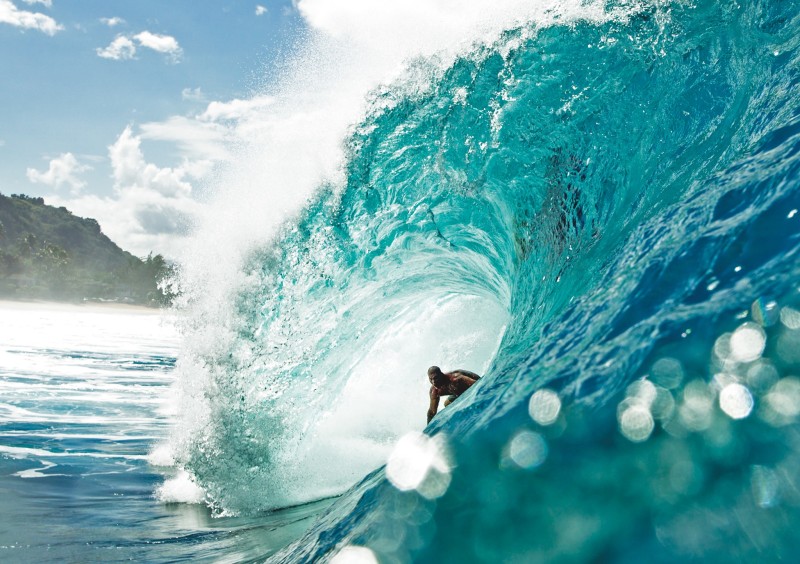 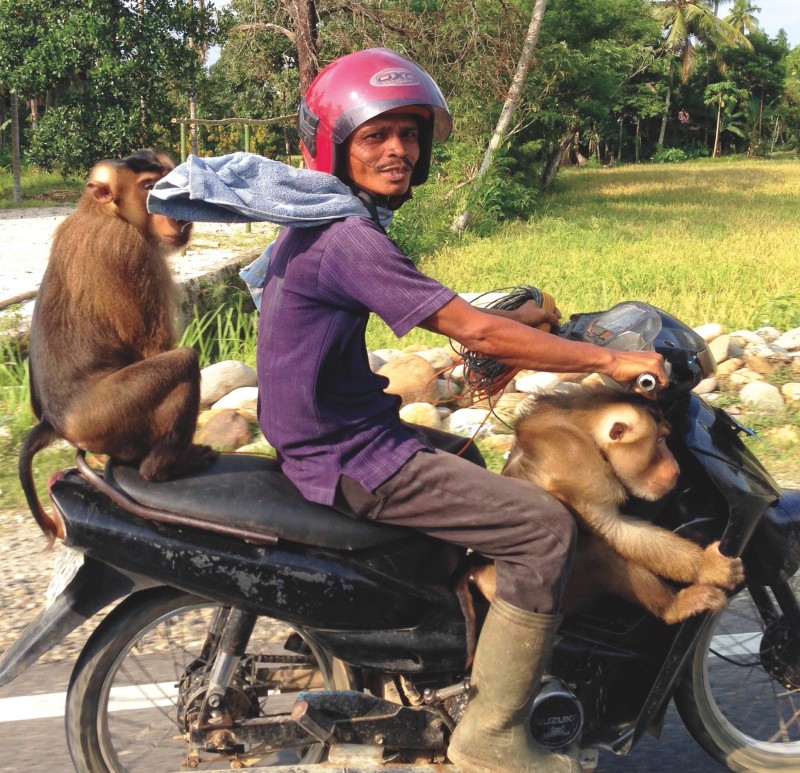 Ask Timmy Ridenour to tell you about his photographic work, and he’ll talk instead about the people he’s met and the experiences he’s had. The Santa Cruz-born photographer, budding videographer, and avid surfer is living the dream interspersing residing on scenic islands of Indonesia with jaunts to Hawaii and Australia. But underlying his seemingly utopian existence is decidedly more earthbound work that has allowed him to sustain himself in exotic but also sometimes harsh environments. One of his first paying gigs in Indonesia, for example, was working on a cacao plantation on East Java.

“It sounds romantic, but it’s a pretty dangerous situation,” says Ridenour. “Nobody speaks English and you’re out in the middle of [the jungle]. It’s 24 kilometers to the plantation from the base of the mountain. We ride dirt bikes: There are no real roads up there. You have to live with the community, like at different people’s houses, as you travel throughout the area.”

It’s Ridenour’s sense of compassion and empathy for people that has allowed him to thrive and get along in foreign cultures, along with his genuine efforts to fit in, such as learning Madurese to communicate with locals. 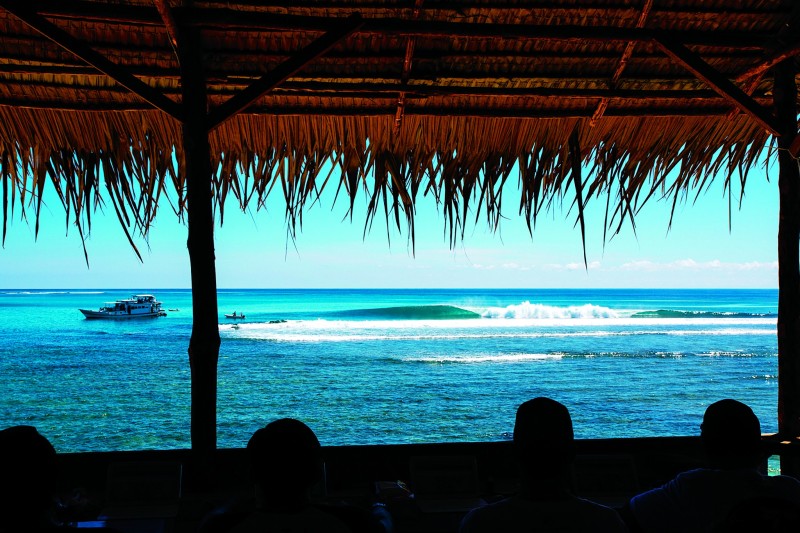 Ridenour first developed an interest in photography in a black and white photography class at Harbor High School. He learned to shoot film and process his own pictures in the dark room, an experience he thinks every photographer should have. Since moving to Indonesia, Ridenour’s photography career has blossomed. He’s appeared in magazines such as Tracks, Surfing, and Surfer, and been hired for shoots by companies like O’Neil and Asara Swim.

Waves caught up with the lensman during some downtime on a recent visit to Santa Cruz.

What’s most rewarding about your work? I think it’s good to be able to travel and being able to meet new people.

How did you make the move from Santa Cruz to Indonesia? I transferred to UC Santa Cruz [from Cabrillo] and studied hydrology—groundwater interaction and how water flows through substrata rock and water cycles. I worked in the field of hydrology for about five years down in Carmel and the Monterey Bay Area. After a while … I came to the conclusion that I didn’t want to see myself trapped in any sort of financial burden. That’s when I moved to Indonesia, and started doing stuff there. I first started visiting in 2000 with some friends on surf trips. 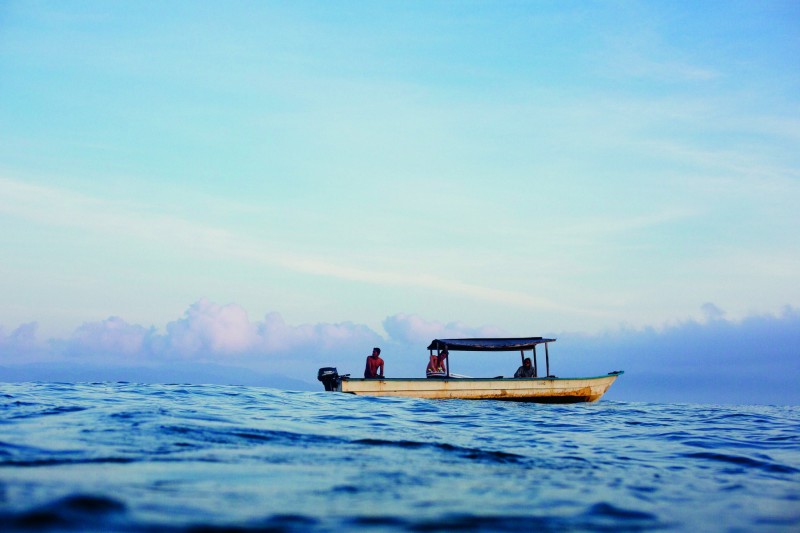 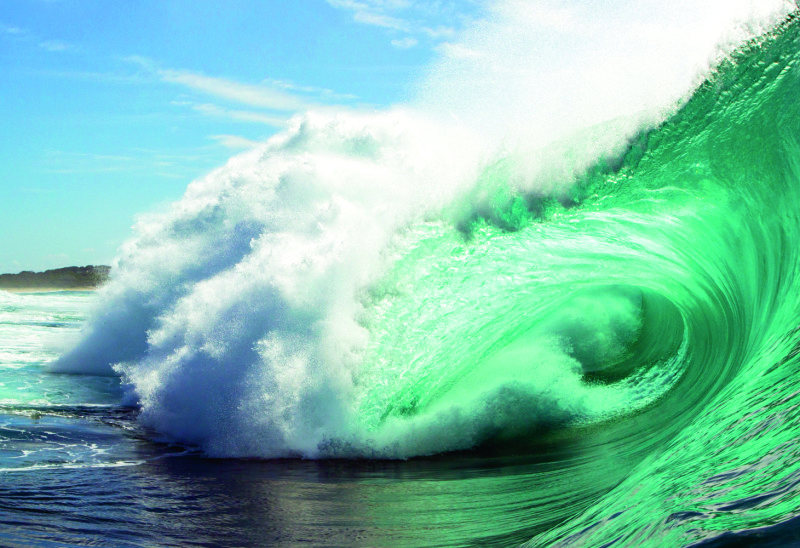 How did you find work there?

I made friends with some people who were in the chocolate industry. They had a job opportunity. Maybe nobody else wanted it (laughs). The job was to work on a cacao plantation in East Java. East Java is very religious, with Islam, very poor, too—an extremely poor farming community. It’s an ideal place [for farming] and it has been for years, too, with the [former] Dutch [colonists]. They basically enslaved the people and used them to farm fertile land. And it was usually chocolate or sometimes clove or lots of different stuff. So they’d go around and find these areas, usually below volcanoes because of the active soil. They’d find these nice plots of land and then they’d start planting chocolate.

So I started working [on East Java] dealing with water issues: Getting water from the jungle to the cacao plantation. They were interested in me because one, I could speak a little of the language, two, I’m pretty good with people, and three [my experience working with] water—and I wasn’t scared to go into the jungle. So I was a good fit.

How does that dovetail with your photography and video gigs there?

I traveled a bit to Sumatra and other islands to look at plantations and to investigate [cacao] genetics … and we’d take the long way [back] and find some interesting surf and interesting places that not many people go to. I’d bring a camera and take a surfboard sometimes, go for a surf and see what’s going on out there, and talk to the local people. That turned into photos and adventure stories, so I did a few [pieces] for some magazines … first it was online, then it was some publications,

For stills, do you shoot in digital or film?

I shoot a lot of film. When I shoot film, it seems like you catch a real moment, for some reason. It just feels to me like more of a candid moment, and the look that you get and the feel of film is a lot more genuine than something you run through Photoshop. 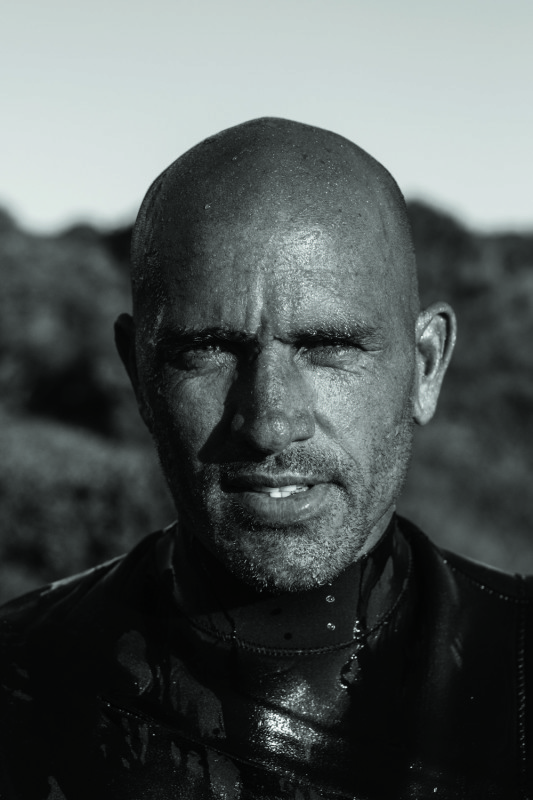 Swimwear models have praised your work with them. Tell us about a typical fashion shoot for a company like Asara Swim.

If the person isn’t having fun and they’re not enjoying themselves, it’s going to come out in the picture, or it’s going to look fake. Part of the thing I really try to focus on, in shooting any kind of fashion … is to make everyone feels as comfortable as they can. So their natural joy or the natural way that they are comes out in the photo. I think a lot of girls, even if they’re beautiful, they have some insecurities so if you show up at a place and takes photos of a girl who’s taking her clothes off, it’s good for her to feel comfortable with the people [she’s] with. That’s why it’s better to not have too many people involved.

Can you tell me about your work with young surfers in Indonesia?  Every time I go on trips, I’ll bring extra leashes or fins or things like that. Usually when I’m there I end up emptying the bag out to people because a lot of them live in remote areas where they can’t get that kind of stuff. Or they only have two fins, and they need a third fin or something like that. I’ve been exploring more and more the Papua New Guinea side, the Pacific side of Indonesia, and there’s nothing really going on out there in terms of surf tourism or any tourism for that matter, and so these kids out there, most of them have never really even seen a surfboard. We were going there and giving some people some stuff, and then the whole village kind of gloms on and starts making boards or getting in the water and so you come back after being there years before and you see all these little [homemade] wooden boogie boards, or surf boards put together in some manner, like a couple pieces of boards go together to make a new one. 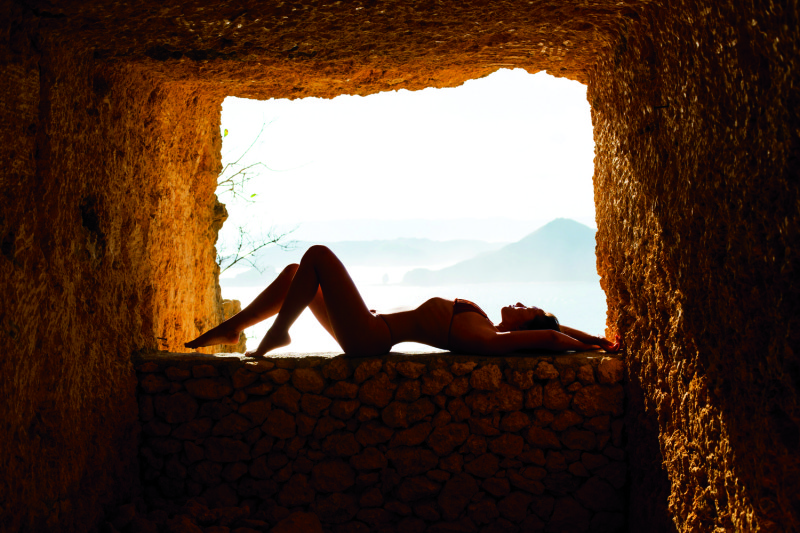 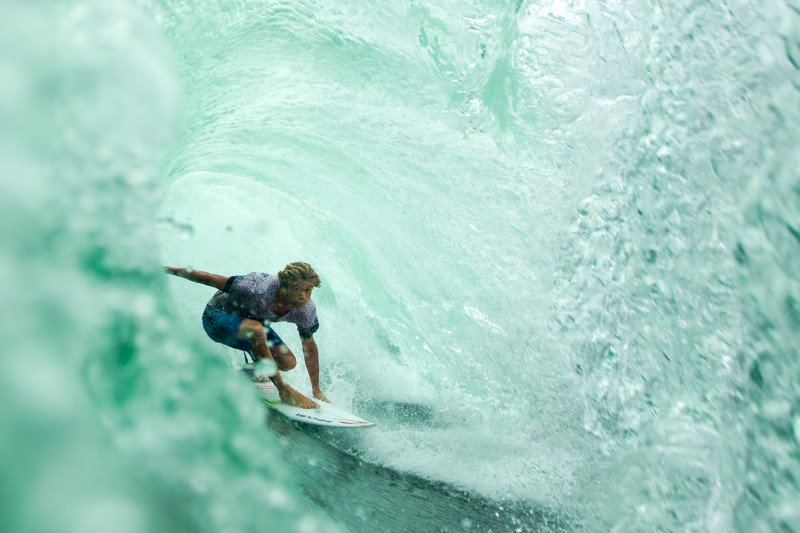 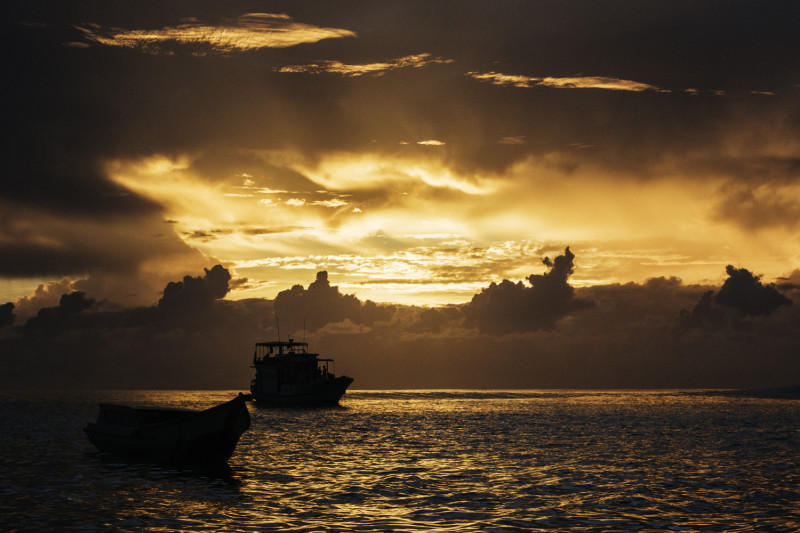