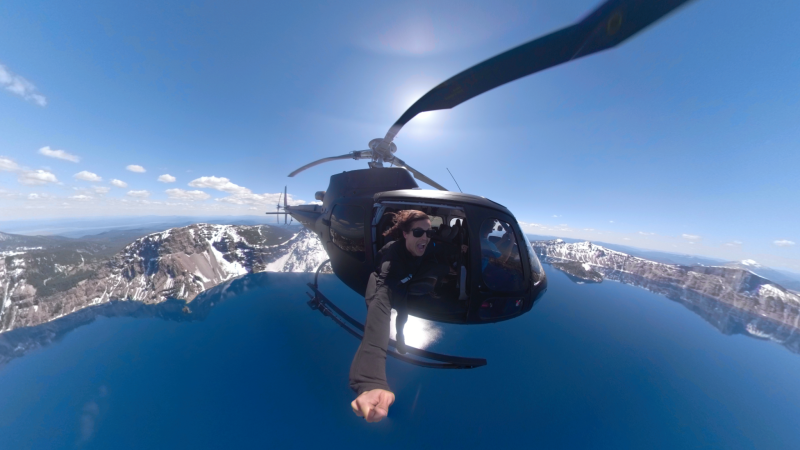 I confess, I’ve always had a yearning to be James Bond. At the drop of a hat, he’s on a jet or helicopter, being whisked away to an exotic island or remote mountain top in the Swiss Alps. Some Siberian tiger of a car will be waiting, followed by a voluptuous vixen. Swanky soirees at night, adrenaline-induced activities during the day—I’m positive I’m not the only one who has fantasized about this life of adventure and luxury.

For Kentucky native Matthew John Rosado, this sort of lifestyle is more reality than fantasy. After selling his car business and moving to Las Vegas, he found a passion in wind-tunnel flying, which led to him becoming a tandem skydive instructor and, subsequently, a wingsuit base jumper. He and his band of brothers (and sisters) come from all walks of life and upbringings, yet one constant unites them: They love to live life on the edge—literally.

While aimlessly scrolling through Instagram the other day, I came across Rosado’s account, and his images stopped me in my tracks. The guy was flaunting photos of himself hanging out of a multi-million dollar helicopter and posing on white-capped mountains with his band of buffoons (sorry, that’s the jealous me talking). I couldn’t take it any longer. Envy was enveloping my mind. The only way to ease my suffering was to sit down with Rosado, who now lives in Santa Cruz, and dive into some questions about his recent trip and his life as a winged human. 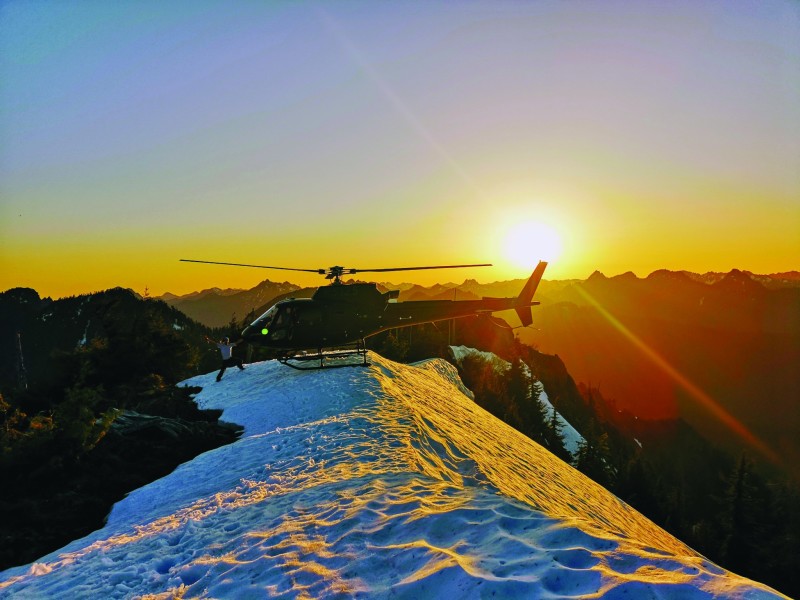 Tell us about your upbringing and how you got into skydiving and wingsuit base jumping.

I grew up in a small, rural town in Kentucky called Pikeville. From age 16 to 18, I spent my time working in the coal mines and wrenching on cars. I was actually pretty good at turning an average street car into a lethal racing machine, which surprisingly turning into a lucrative business. I was 21 when my business partner and I sold the company to start a bigger and better operation in Las Vegas.

For some reason we just didn’t have the same juju in Vegas, so I randomly found myself spending more and more time in the indoor skydiving facility there. After about a year of practicing I eventually gained the courage to move onto jumping out of plans and B.A.S.E [building, antenna, span, earth] jumping. The next natural next step was becoming a tandem skydive instructor, [in] which you could earn good money, not to mention it gave me the freedom to travel and build my skill set. 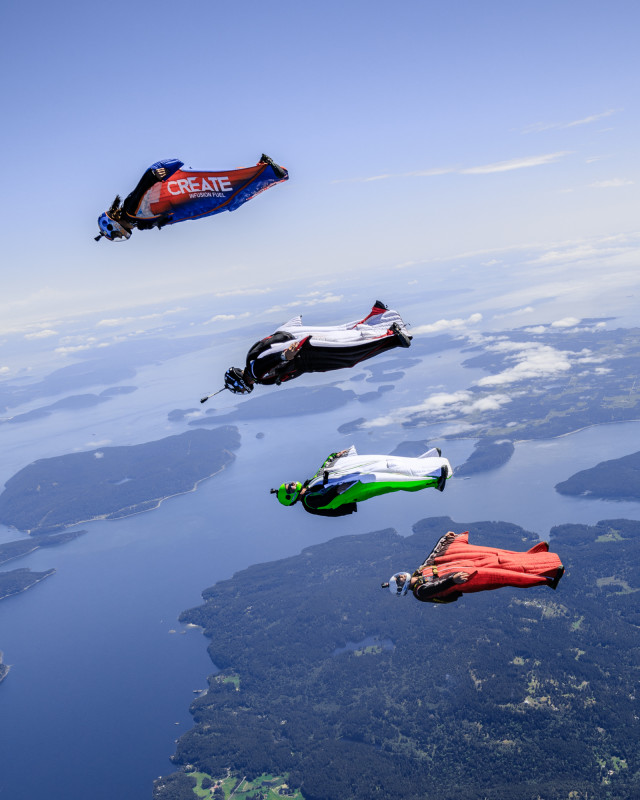 And when did the wingsuiting come into play?

I remember watching a documentary back in 2002 called Adrenaline Rush: The Science of Risk, which was based around a group of jumpers testing some of the early wingsuit prototypes in Norway. I was blown away by the fact they were now moving forward through the air instead of just falling. I got the opportunity to test fly a suit at a drop zone in Nevada and that first jump felt really natural. I could go wherever I wanted in the air … more freedom. My first international trip was to Switzerland, which was magical—biggest mountains I’d ever seen. Sardina, the dolomites in Italy, French Alps, Grand Canyon, Moab, Utah … I’ve gotten to go to some pretty incredible places through this sport. Growing up in Kentucky I would never would have guessed I’d be able to visit these type of places.

Fast forward, you are now living in Santa Cruz working at Skydive Surf City, and are considered to be one of the most elite wingsuit pilots on the planet. How does Santa Cruz compare to some of the other amazing locations you’ve traveled to?

Santa Cruz is an awesome place to live. Coming from Kentucky, where everything is fried and battered with little regard for one’s health, it’s refreshing to see how active and health conscious everyone here is. Being close to the ocean is incredible and I’ve now found a love for surfing. I think it’s a great balance spending time [between] surfing and the sky.

And the question I’ve selfishly been waiting to ask: How the hell are you getting to galavant all over the Pacific Northwest in a badass black helicopter? 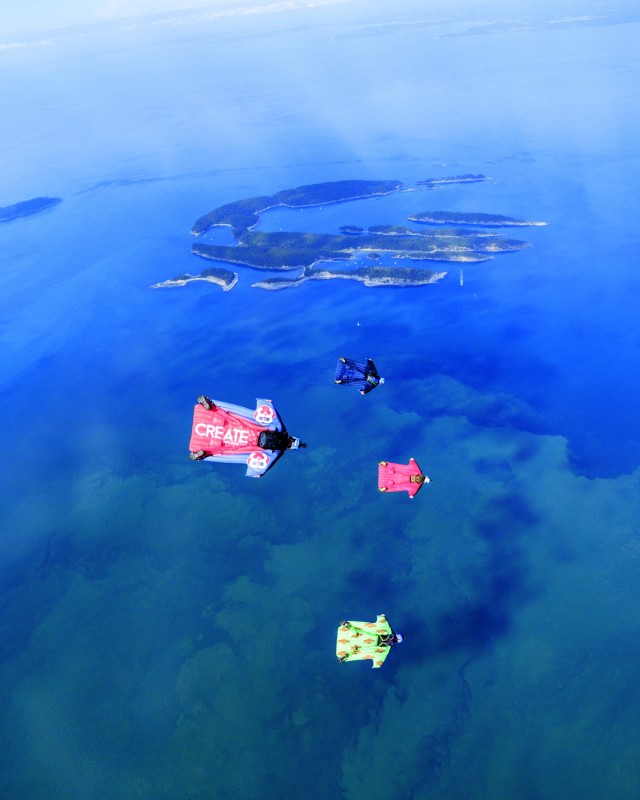 Skydiving and wingsuiting are not cheap sports, and you’ll often find individuals that have become financially successful in other careers [who] turn to the sport as their next challenge in life. With that being said, I’ve formed some friendships with some people that are particularly well off.

This trip started at The Vegas Sky Family Circus, which is a Burning Man-esque gathering where hundreds of skydivers and base jumpers come together to let loose on solid ground. When the mayhem commenced, a small group of us were invited to head up to the San Juan Islands off the coast of Washington via helicopter. It was an insane trip—we got to fly over places like Emerald Bay in Tahoe and Crater Lake, making pee stops in the middle of nowhere next to frozen lakes and landing like an eagle atop mystical mountains for sunset beers. The whole thing was pretty surreal.

Well, thanks for sitting down with us and making us thoroughly jealous. Next time you get an invitation like that, I know a few peeps over here at Santa Cruz Waves who would gladly tag along.

To follow Rosado’s adventures, visit his Instagram @mattrosado1 or, if you want to get crazy and take a jump with him, head on over to @skydivesurfcity. 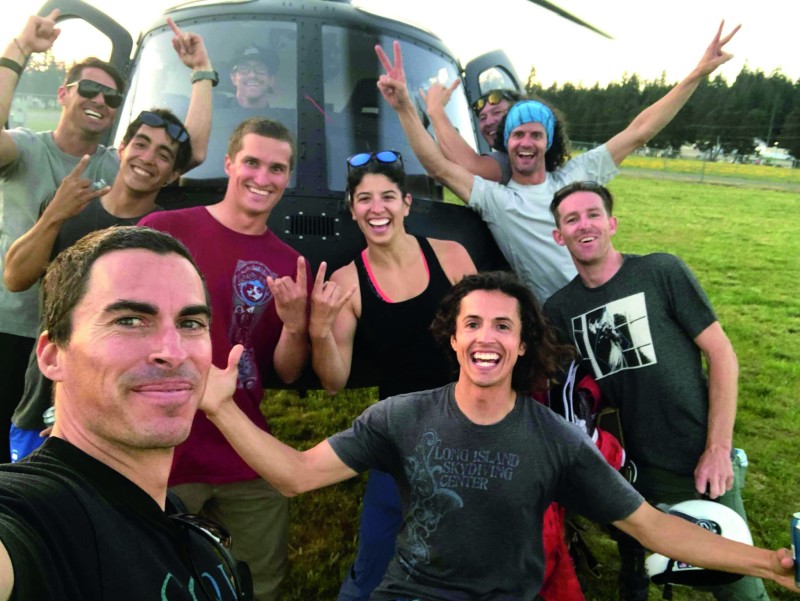