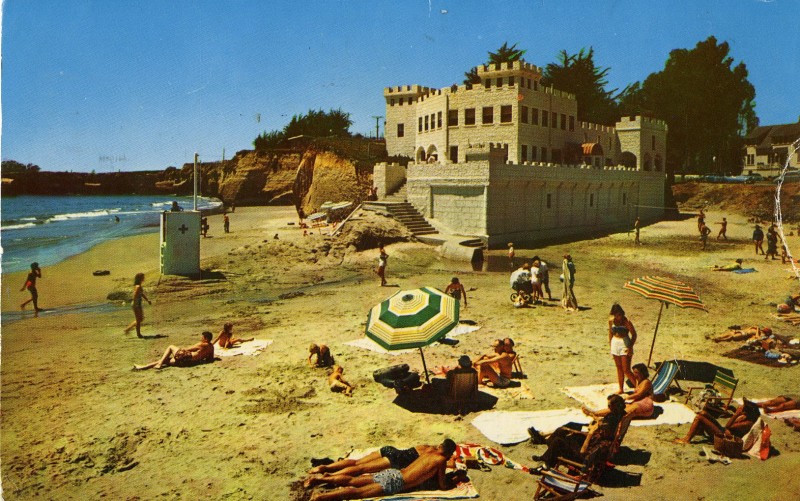 Once upon a time, a small hamlet on the Monterey Bay grew into a village called Seabright. There, a great Moorish castle was erected at the edge of the sea, besieged by suburban chateaus and surfer slums. The beach in front of it only spanned a fraction of what it does today, and just near the point, around the mouth of the San Lorenzo River, was one of the best bodysurfing spots on the Central Coast.

After a long session of wave-riding, body surfers like local historian and retired professor Traci Bliss would take refuge in the castle.

“No other venue could compare with the castle’s snow cones,” says Bliss, who co-authored the recent book Santa Cruz’s Seabright with Randall Brown. “And after body surfing and walking through the hot sand, there would be these freezing-cold cement floors and they felt fabulous on your feet while ordering a snow cone. The woman who ran the kitchen would start frying onions around 11:30 and turn on the fan so everyone on the beach could smell it and run for hamburgers. [There was] even a pinball machine, so [it was] a fun hangout. ”

The castle had already lived a long life before it became the one of Bliss’ memory. The castle was first just a boxy, wooden structure known as the Seabright Hot Salt Water Baths, built in 1903 by the unofficial prince of the neighborhood, James Pilkington. The driftwood that often blanketed the beach fueled the bathhouse’s furnaces. In addition to the steam-heated rooms and changing areas, the nascent structure housed the private Seabright library.

Pilkington had a passion for helping Seabright, which was inspired and backed by a community of single, land-owning women who sought to transform the self-contained seaside neighborhood into a thriving cultural hub.

“This community was very unusual in that there were many women who were never married or [were] widows, and they were property owners in their own right,” says Bliss. “They had a lot of voice—and confidence in their collective voice—and took a huge interest in improving Seabright.” 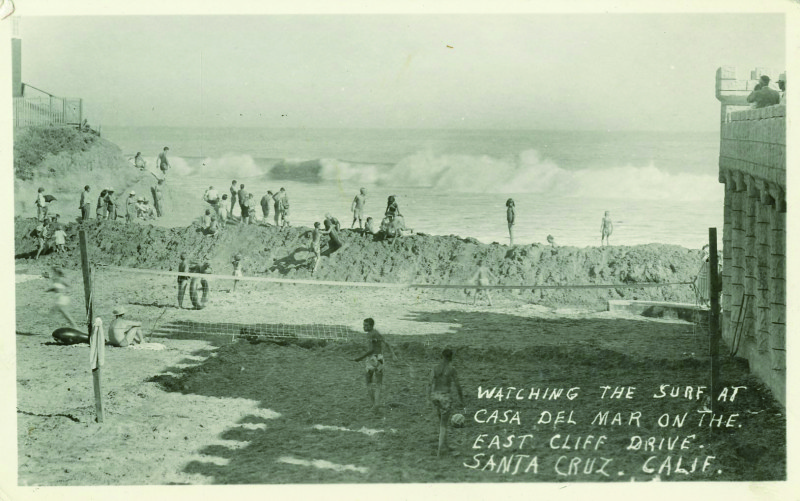 After nearly two decades, Pilkington passed the torch of ownership to local hero Louis Scholl. He quickly went to work to improve and expand the bathhouse with the addition of an ice cream and candy store, and guest cabins. But Scholl was constantly battling the tidal waters and brutal pounding of winter waves, and after more than 10 years of warring with the ocean, Scholl decided to make some radical changes to the bathhouse’s architecture.

“I think Hollywood was probably an influence. They were  starting to have these big glamorous sets like [on] the Voyage of Sinbad and Robin Hood,” says Bliss. “And we later found out that the woman who ran the dining room, Margaret Halliday, came up with the idea for a Moorish castle.”

To great fanfare, Scholl opened the Scholl Marr Castle in 1929. The salt baths were on the ground floor along with more than 100 dressing rooms, and places to buy concessions, bathing suits, and rent umbrellas. On the top floor, surrounded by lookout towers, Scholl built a fine dining restaurant with views of the bay.

“It became this total multi-purpose venue where you could get everything you needed for the beach,” says Bliss. “It was important that tourists could show up without even a bathing suit and yet rent anything they needed.”

After the first winter storm broke the castle’s sea-facing windows, Scholl fortified the beach fortress with a seawall, which finally put an end to his long fight with the ocean. But Scholl would soon face two new challenges—the Gepression and World War II.

When Scholl returned from his wartime post, he married and sold his castle. The iconic structure changed hands and evolved many times over the decades until it became the beach hangout beloved by Bliss in the 1960s.

The addition of the harbor in 1964 changed and expanded what was then known as Castle Beach, and two years after a fire damaged the building, city officials declared it unsafe. On March 24, 1967, heartbroken Seabright residents gathered to watch the castle’s destruction, and cremated its remnants in a massive beach bonfire. The property was later sold to the State of California and it became an extension of Twin Lakes State Beach.

To keep the legend of Castle Beach alive, Friends of Santa Cruz State Parks is working in conjunction with the Seabright Neighbors Association and California State Parks to create and install an interpretive panel to share the history of the castle, which they plan to complete in 2019.

12 comments on “REMEMBER WHEN… the Scholl Marr Castle thrived and died on what is now Seabright Beach?”