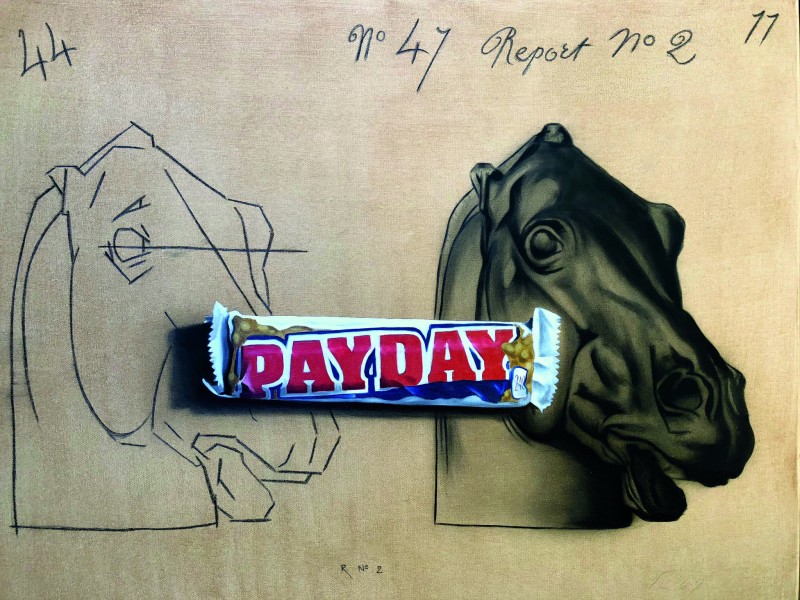 How do you simultaneously break in to the art world, sell Renaissance-inspired oil paintings to art collectors, and land a dream job in the skateboard industry? For Jason Arnold, the answer—at least in part—was Youtube. He’s quick to admit that he learned to paint “literally from Youtube.com.”

“I watched so many painting tutorials on Youtube,” he adds.

Those tutorials served Arnold well. The 40-year-old San Jose transplant spends his days managing and creating art for NHS, Inc.’s seminal skateboard brands OJ and Krux, and his nights painting in a surf shack behind his Eastside home, where he’s lived for the last seven years. 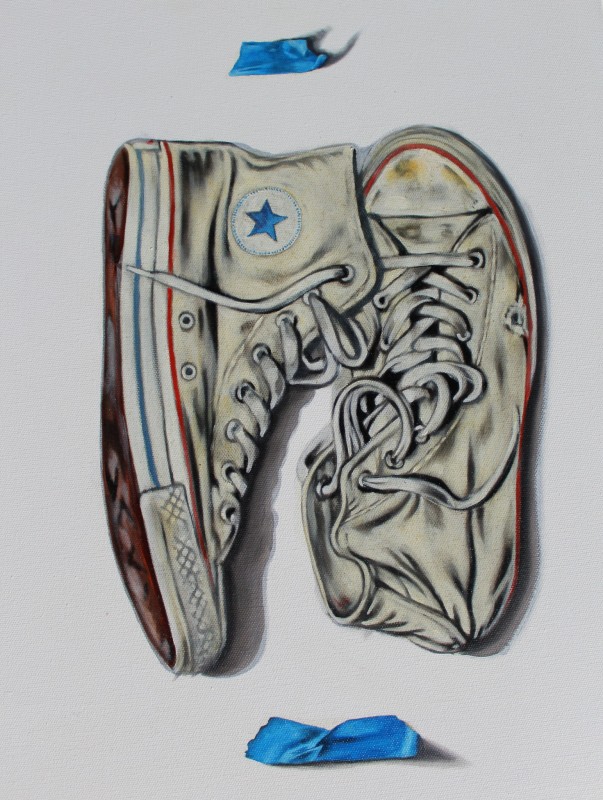 A late bloomer to painting, his interest was piqued by classes at San Jose City College and, a few years later, escalated to a determined obsession. “I love oil painting,” states Arnold. “It’s raw. There is no computer involved. It feels more organic as opposed to staring at pixels on a computer screen.”

He mastered super realism and Renaissance-style oil paintings with the aid of his uncle, an art-delivery professional in Palo Alto who, Arnold says, “would give me all the flawed tubs of paint, canvasses and brushes he collects every few months. He would drop off brushes, paints and canvases on home delivery for these really gnarly artists who didn’t want to leave their houses. If a brush had a hair out of place, or a tube of paint had a bump in it, or canvas was slightly flawed, he would just set it aside for me.”

These tools fueled the evolution of his unusual style. “I didn’t want to copy anyone else,” he says. “I wanted to do something different. I love old Renaissance oil paintings. I never wanted to do standard skate/surf art.”

The fact that Renaissance-esque works of art usually exist only on museum walls is what makes a viewing of Arnold’s paintings so striking. They appear to be quite old, not like they were contemporarily produced near Pleasure Point.

Seven years ago, Arnold landed a job as an art designer for Santa Cruz Skateboards and Santa Cruz Surfboards. “I never thought I would get a job at Santa Cruz. I drove up for the job interview because … even if I didn’t get the job, I could still surf 38th later,” says the longboarder, whose passion for wave riding started with a single-fin noserider from Arrow Surf Shop. 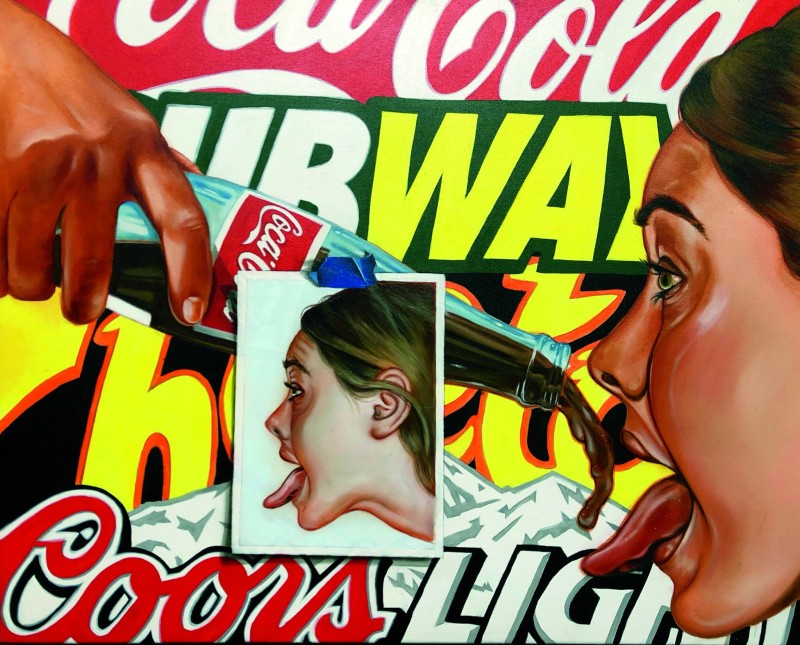 Of course, he did get the job. Things picked up from there: Longboard sessions were followed by epic oil-painting marathons. His paintings of Pee Wee Herman and Morrissey were profiled in Thrasher Magazine. Thomas Campbell used one of his paintings for cover art for his record label, Um Yeah Harts. “I got into surfing from watching Thomas’ films and then I move here and have the opportunity to work with him,” says Arnold. “He has let me borrow surfboards and I have secretly been tripping about that.”

His days consist of managing the wheel graphics, ads and catalog layouts for OJ and Krux. With 48 to 50 wheels needing new graphics to be released on a quarterly basis to skate shops around the world, this is no easy task for one person, but he takes it in stride.

“The pace of life here is really nice and the weather is perfect and the longboard community is really rad,” he notes. “The waves are insanely perfect. I just love Santa Cruz. The perfect day for me is waking up, going surfing, coming back and painting for six or seven hours. It’s easy to get in the painting zone here.” 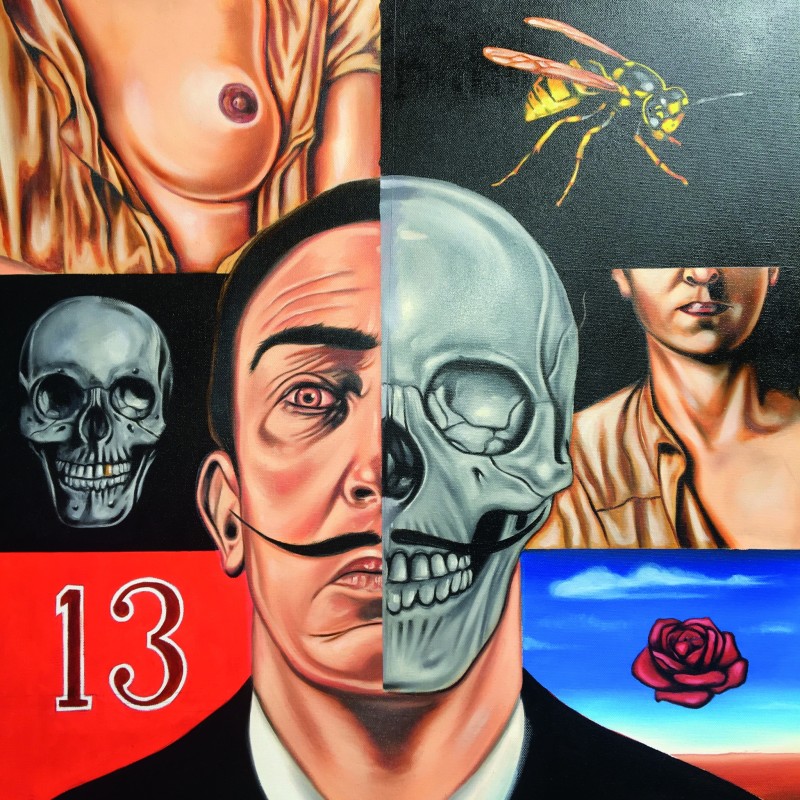 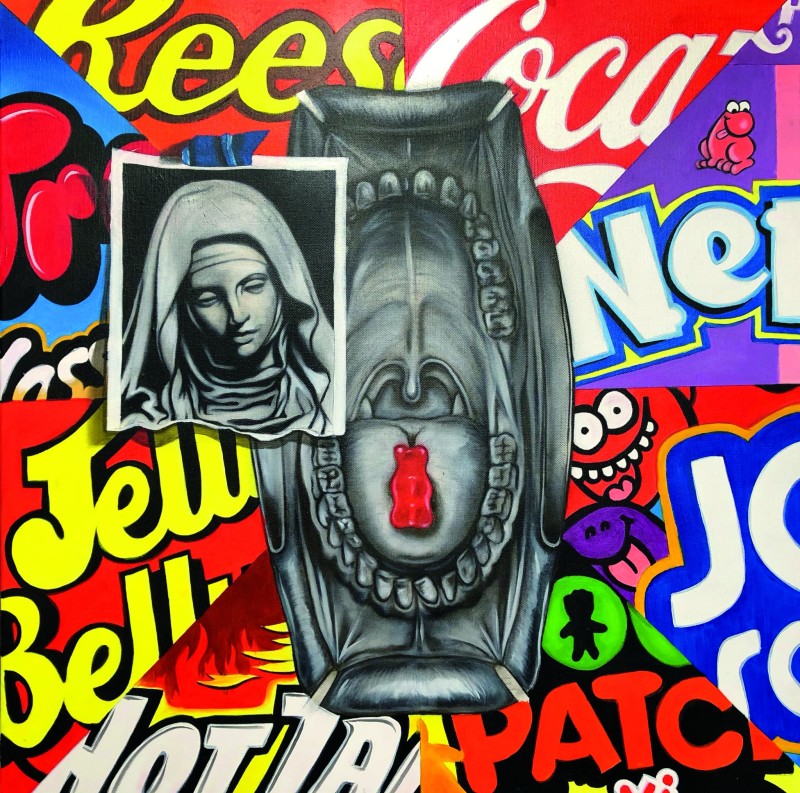 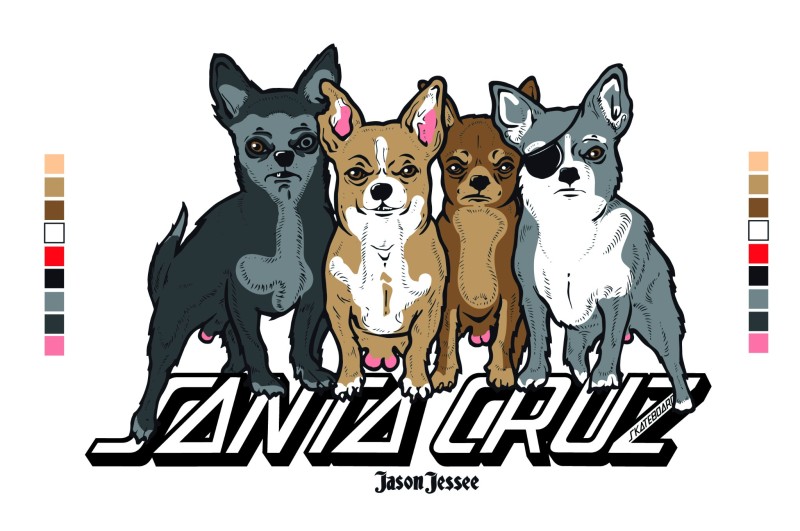