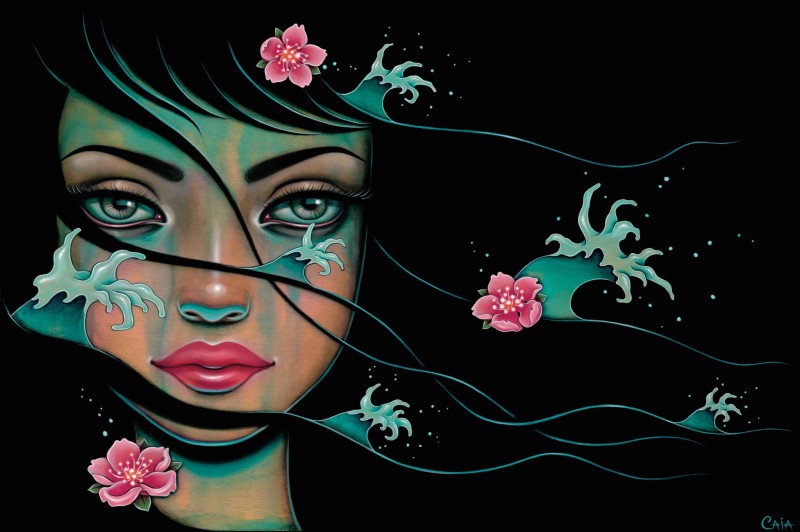 Pop surrealist painter Caia Koopman has always loved art, but she never thought she’d make a career out of it. Her first loves growing up were of science and nature, and when she got to UC Santa Cruz as a young adult, she planned to study math and perhaps become a math teacher, like her mom. But her artistic side kept speaking to her. When she found that she enjoyed her art courses more than anything else, she changed her focus to the fine arts instead.

Her environmentalist upbringing influenced her emerging artistic style, which is adorned with all manner of natural life, from butterflies, birds and flowers to animals and mythical creatures. And her immersion in the punk rock and skateboarding scenes in Santa Cruz lent a sense of grit and attitude to her work.

But the most compelling thing about Koopman’s art is her ability to create wonderfully edgy female characters that convey both the beauty of femininity and the strength of feminism: Her portfolio is replete with girls and women who are enchantingly beautiful and possess a fearless sense of defiance. 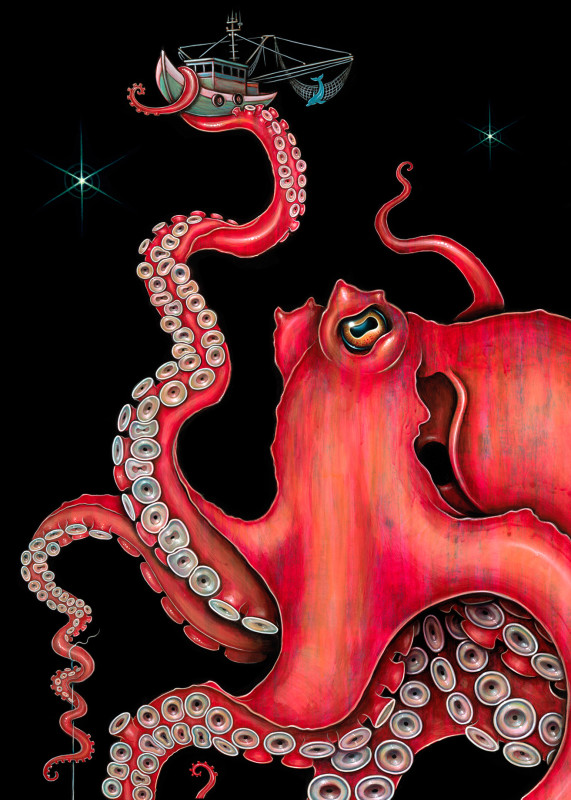 “People liked my work early on, even when I wasn’t all that great at painting, but I think that was where I put it right at the beginning—the feminism and femininity all together,” Koopman says.

Koopman recalls an early childhood lesson in feminism when she learned that female authors of her mother’s generation sometimes assumed male pen names in order to have their works published or accepted. And by observing her own surroundings, Koopman became aware that there wasn’t always a level playing field.

“I was this little tomboy. I loved sports. And I [wondered] from an early age, ‘How come all the boys are the bosses or have the better jobs or are in charge of all these things?’” says Koopman.

Koopman’s parents, who had influenced her love of hiking and the outdoors, didn’t object when she came home with green hair in her punk rock days or spent much of her youth as an active tomboy.

“But then you kind of grow out of that,” says Koopman, who recalls with a laugh that she wondered how she would transition from a tomboy to a woman, or if she even should. “And I think in my art I [decided] ‘OK, it’s OK to be a girl and paint female stuff and feminine stuff, but it still needs to be tough and talented.’”

Koopman’s latest project has been to illustrate the children’s book Umijoo, an ocean conservation-minded story of a young girl named Umijoo who receives a magical stone from her father that allows her to take an adventure-filled journey under the sea. Marine conservation activist Casson Trenor wrote the story and invited Koopman to create the illustrations. A chief goal of their joint project is to teach kids (and adults) the importance of ocean stewardship.

The illustrations for Umijoo are magnificent pieces of art in their own right. Each was created in acrylic on wood in an undertaking that Koopman began in 2016. A specialty photographer in Los Angeles then photographed the paintings to create the images for the book. The original paintings were featured in an exclusive, month-long showing last September at The Art Cave gallery in Santa Cruz and in a highly attended and well-received First Friday celebration.

“I’ve been eager to use the arts more as a tool to communicate our environmental awareness and Caia arrived at the perfect moment,” says Leigh Erickson, who co-owns The Art Cave with fellow artist Danielle Peters. “The night of Umijoo was one of the biggest turnouts at The Art Cave yet. We had people coming from all over the country to see the paintings in person and meet Caia.” 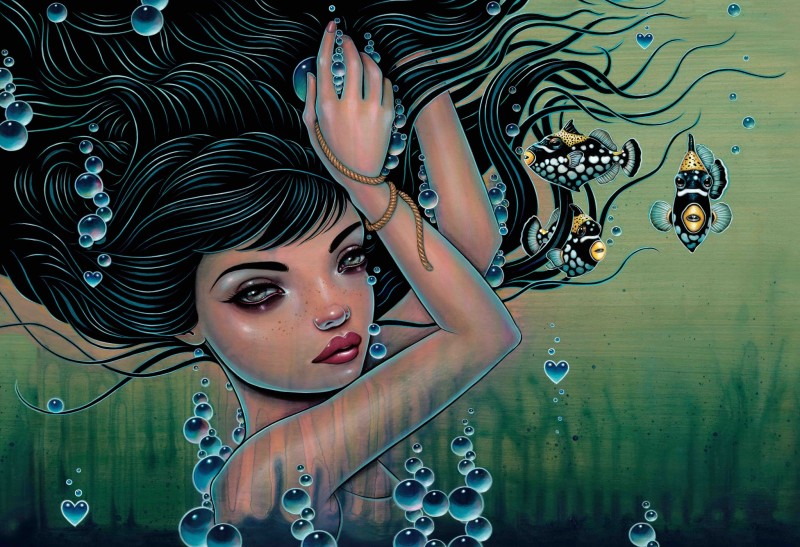 Koopman has been dreaming up Umijoo-like girls since well before the book was ever conceived, but she wanted to create a special look for her in the fervent hope that the character and her environmental awakening would resonate with all kinds of readers.

“I had put a lot of thought into how I wanted her to be portrayed,” says Koopman, who gave herself the artistic freedom to vary Umijoo’s appearance throughout the story. “I hope anyone can find a little bit of themselves in her.”

Order a copy of Umijoo and learn more about Caia Koopman at umijoo.com and caiakoopman.com. 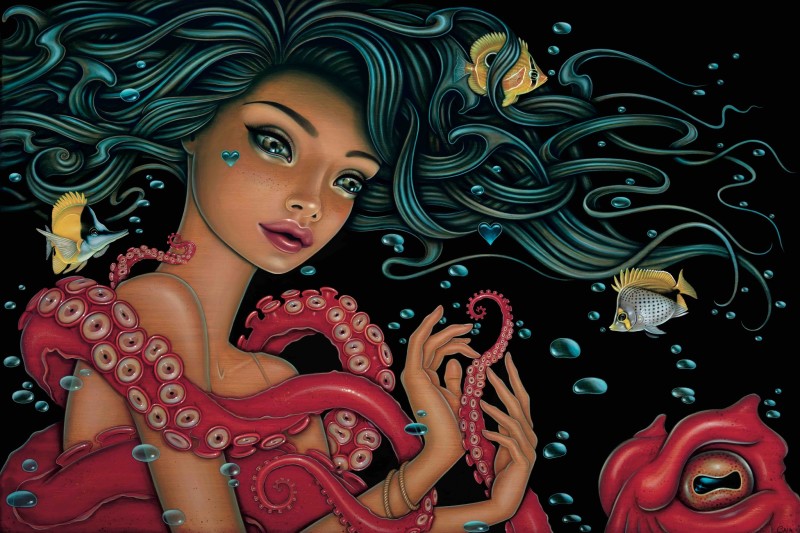