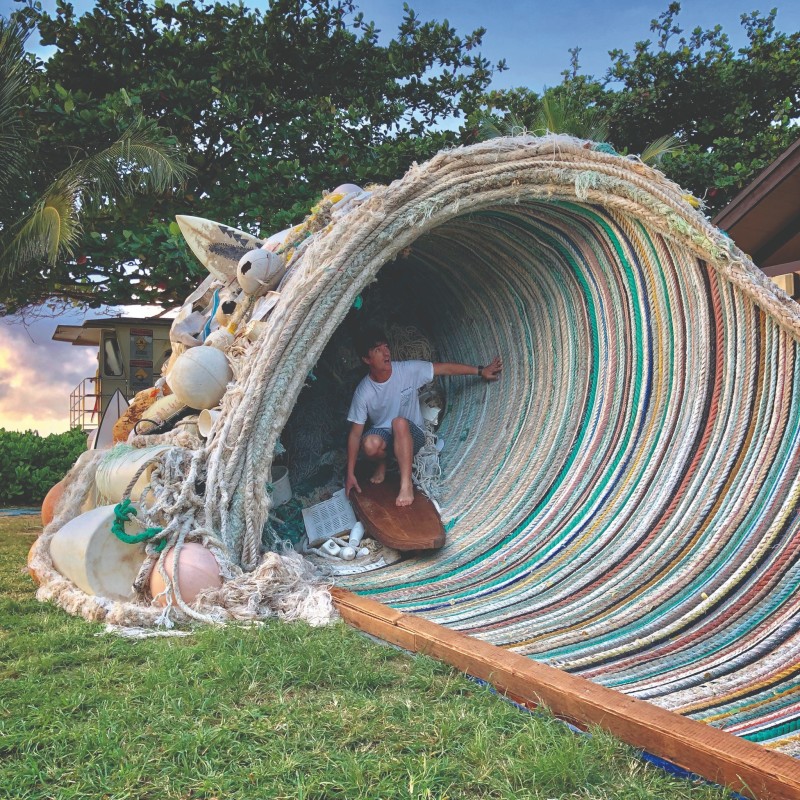 A swell of ocean garbage—fish nets, plastic detritus, rope, even an old buoy—twists upward, frozen in time. This ominous wave of trash is the latest effort by Ethan Estess, a young artist and marine researcher with a skill for crafting striking sculptures out of marine pollution. Standing at more than 8 feet tall and 26 feet wide, the wave—titled Plastic Free Pipeline—hits its beholders with a daunting truth.

“Hopefully engaging with the ocean debris in this way will connect people to the scale of the problem, and makes them realize just how much of this stuff is out there,” says Estess, who, as of this writing, was busy putting the finishing touches on the piece at Jack Johnson’s recording studio on Oahu. The completed sculpture would go on to make a statement at the Pipe Masters, then to be installed on the grounds of Turtle Bay Resort.

Born and raised in Santa Cruz, Estess found both a love for the ocean and his first artistic outlet through surfing. In his teen years, he became obsessed with marine biology, and began designing and shaping his own boards, but he ran into a creative block as a freshman at Stanford studying environmental science. The university didn’t have any spaces for him to shape boards. “They weren’t having it,” says Estess. “And then someone suggested I take art classes.”

One of his art instructors, Terry Berlier, saw his potential and helped him become the student artist in residence at the San Francisco landfill. It was there, rummaging through and creating art from the garbage of San Francisco residents, that he found his true calling. 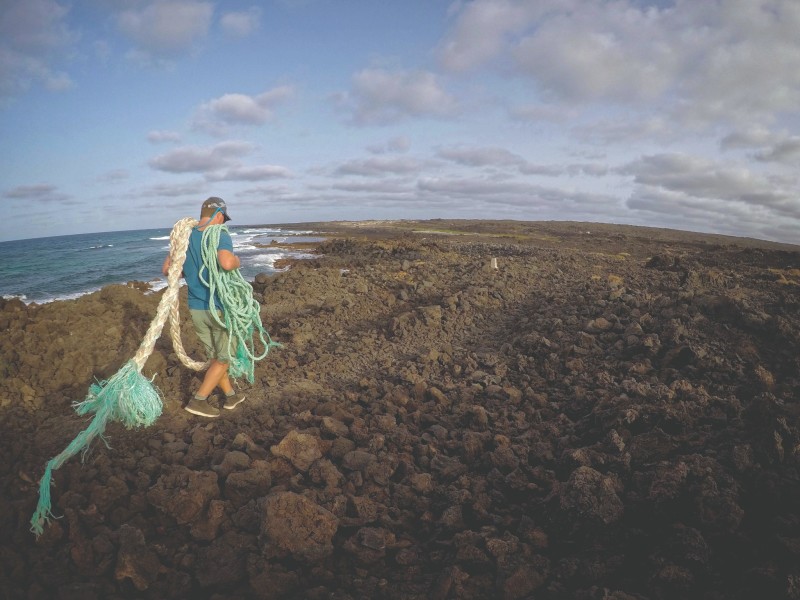 “Being exposed to the amount of waste that our society generates on a daily basis was simultaneously depressing and motivating,” he says. “I saw that I had a role to play as an artist in highlighting this part of our society.”

Estess shaped one of his most popular pieces, called the Last Dive at the Farallones, during his residence at the landfill. The piece, made from reclaimed fishing rope, portrays a life-sized whale tail rising from the sea. It was featured at the San Francisco airport for more than a year before appearing in other venues like the Save the Waves Festival and the 2018 Surf Ranch Pro.

After he left the landfill, Estess began combing local beaches for fishnets and plastic debris, and connected with Santa Cruz fisherman to utilize the old rope before it goes to the landfill. But the sculptor only spends part of the year foraging for materials and making art in Santa Cruz. The rest he spends across the Pacific, researching Bluefin tuna in tiny Japanese fishing villages. With his colleagues from the conservation science team at the Monterey Bay Aquarium, Estess studies the Bluefin’s migratory and spawning habits to help the population recover from overfishing.

“For the last three years I’ve been working on a collaborative project with the Japanese government and commercial fisherman,” says Estess. “One of the biggest problems for Bluefin tuna is that there’s not very good management, so our goal is to create scientific exchange and understand the basic biology of these animals to manage them more effectively.”

The success of Estess’ art lies in his ability to balance art and science. His work as a marine researcher gives him firsthand experience with the ocean, and provides context for the environmental issues he highlights with his sculptures. His time researching in Japan has also exposed him to new art forms. One of his latest obsessions is the art of Gyotaku, or fish printing. 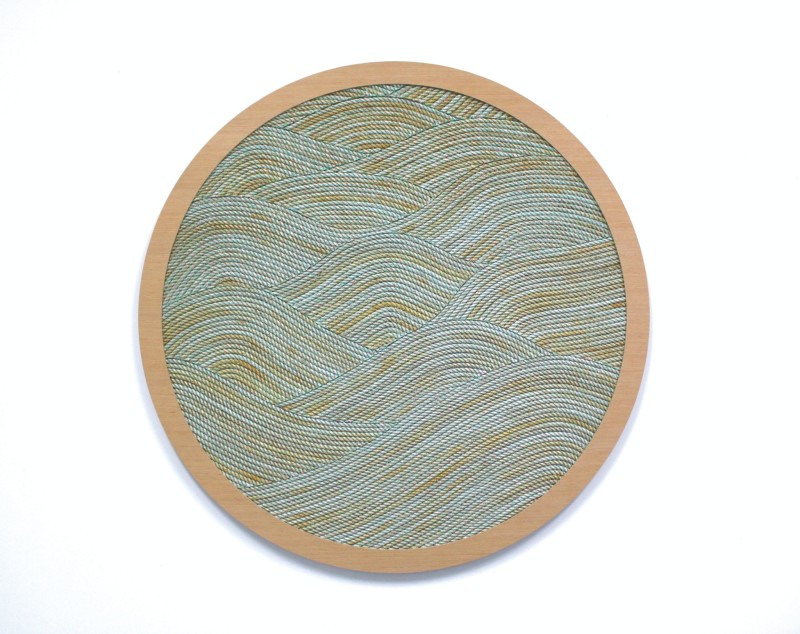 “I took it and ran with it in my own conceptual direction, printing on plastic marine debris that won’t degrade, in addition to seaweed and plant life that naturally biodegrade,” says Estess. “The aesthetic still references Japanese iconography, but I made the story more about the current issues facing the ocean.”

When he’s not traveling, Estess can be found reimagining refuse or shaping surfboards in his studio headquarters on the Westside of Santa Cruz. Here he continues to find support and inspiration from the more informed local populace. But he knows that that level of environmental awareness is unique to this area. He wants to take the ocean’s message around the world. 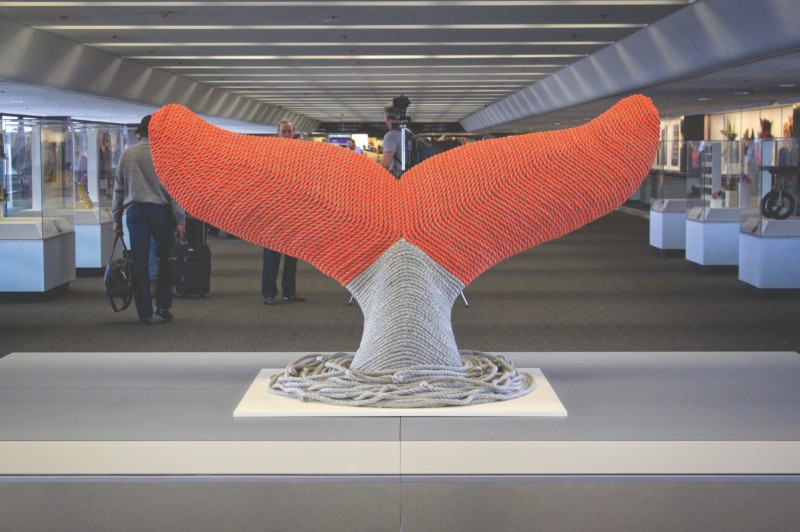