Dane Lewis’ photography is a study in extremes 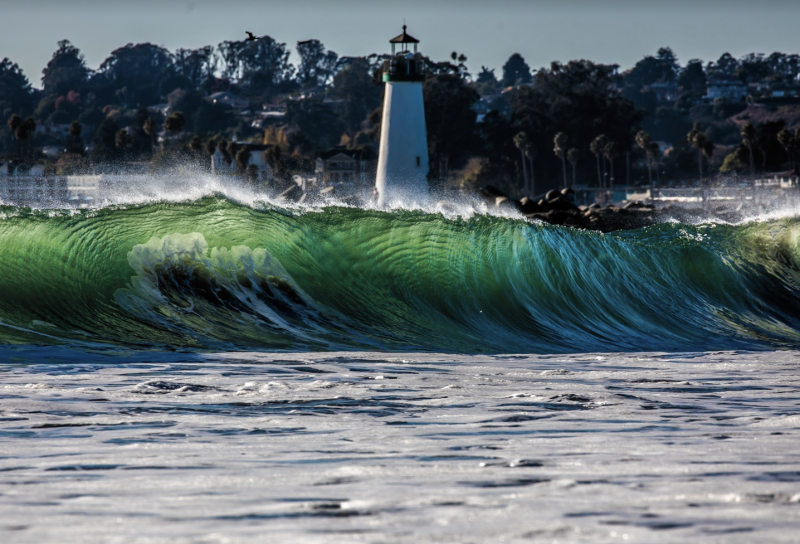 If Dane Lewis’ photography were a human being, that person would surely be bipolar. For all its focus on the beauty that gives the Santa Cruz landscape its richness—the moon, sunsets, ocean waves, animals and plant life—it is also prone to sharp mood swings, abruptly shifting its focus to the ugliness of human waste and carelessness.

However, even when Lewis turns his lens toward those less pleasant images, he has a positive aim in mind. In summer 2018, he launched a project called 100 Pieces for Earth, in which he picks up trash every day and chronicles the process in pictures. The end goal is to rid Santa Cruz of more than 36,000 pieces of trash with a combined weight of 2.5 tons. 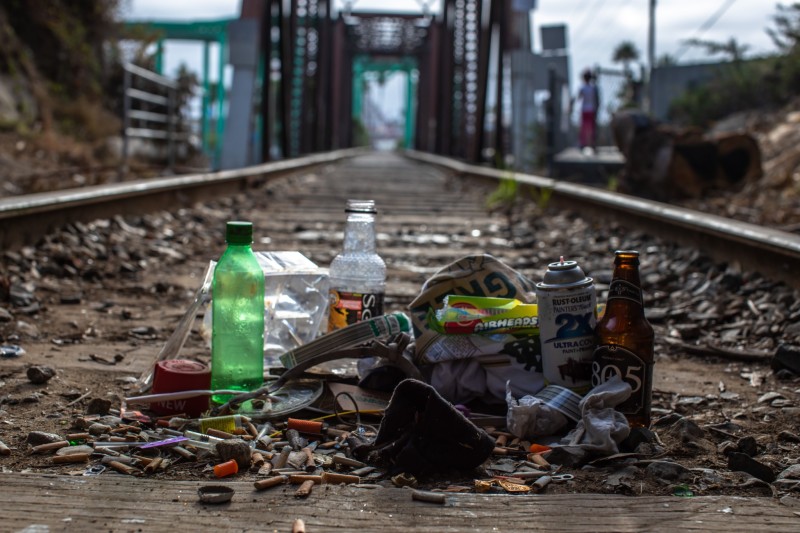 Lewis, who cites the natural beauty of Santa Cruz as his main motivation to become a photographer, grew up in Gilroy, Calif. before studying business administration with an emphasis on management at Chico State University. After an unsatisfying go at the nine-to-five life in the Bay Area, he surrendered to the lure of Santa Cruzan shores, becoming a local resident in 2018.

Santa Cruz Waves recently picked Lewis’ brain about his photography and the work he’s doing to clean up the city, as well as the shark-deterrent wetsuit he’s helping create.

Santa Cruz Waves: What first drew you to photography?

Dane Lewis: I’ve wanted to get into photography since I was a teenager, but I had a small addiction to cars, so I spent a lot of money on them [rather than buying photography gear]. When we moved to Santa Cruz, I saw the prettiest sunset I’ve ever seen in my life, and I was like, “I don’t have anything to capture this. You know what? I can’t be in another beautiful place and not be able to photograph this. This can’t happen anymore.” It finally pushed me to get the camera. 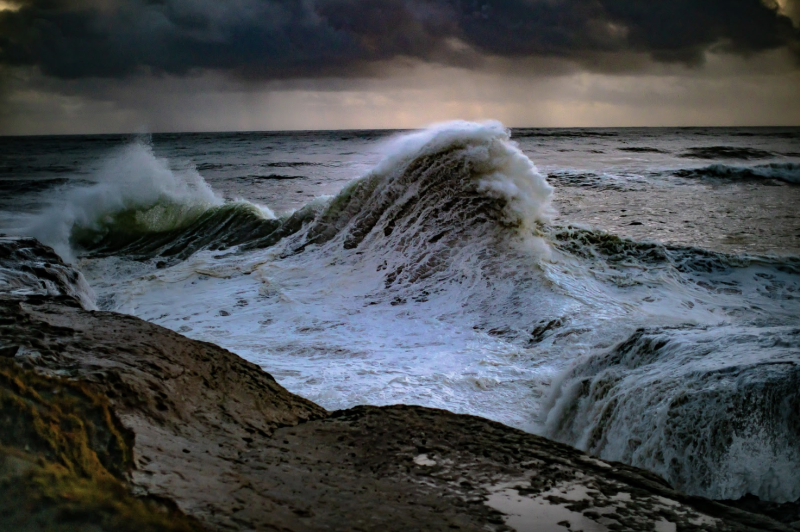 You’re working with some students in the engineering department at Chico State to create a wetsuit that uses electrical pulses to deter sharks. What can you tell me about that?

It’s basically for anybody that has an underlying fear of sharks or maybe has had a past experience with a shark. But all in all, sharks are one of my favorite species. They have a horrible reputation, especially when they bite somebody. My theory is that if I can protect people from sharks, then in the end, it’ll protect sharks from people, because we’re actually more destructive than they are.

What was the motivation for your 100 Pieces for Earth project?

I [originally] wanted to get a camera to take pictures of landscapes and whatever else, but 100 Pieces for Earth also pushed me to get a camera, because I wanted it to be very documented, and I wanted the pictures to be professional. I live close to Seabright, so I went there one day, and I sat in a pile of trash that was buried in the sand. It was potato salad or something. I got it all over my hand. I continued to see people leave trash throughout the day as they left. There were other times when I went to the beach, and there were just piles of trash. It really made me want to do something, instead of just watch it collect and vanish into the ocean. 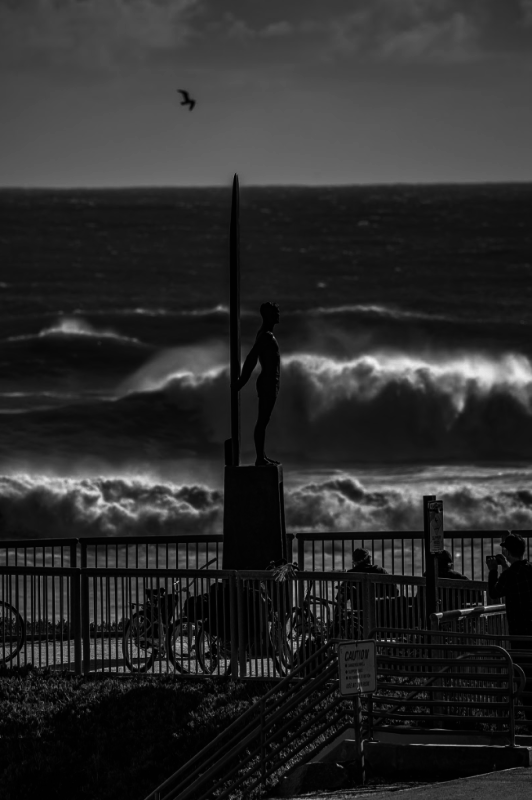 I really want to get children involved, because when they pick up their trash, it makes them realize that it’s more important to throw your trash out than you think. It’s hard to think that there are people out there who think good things, but they just don’t act on them.

I was picking up trash by the freeway on Buena Vista, and one of the things I picked up had a lizard inside of it. It scared the s*** out of me! [Laughs] It’s really sad to see that animals are having to live in our trash. That’s just on land, but when it rains, all that rain pushes everything in the gutter. The whole point of 100 Pieces for Earth was to bring awareness that there’s a huge trash problem, and it’s not only on the beach; it’s within the community of Santa Cruz, and other communities as well. The world is turning into a huge trash can!

I plan on hosting monthly events. The goal is to get at least 30 people involved. If I can get 30 people, then that’s 3,000 pieces, and that’s pretty much the amount that I would do by myself. Then I want to start reaching out to a couple of professors at the university and try to get some presentations going to spread awareness [among] the students that are coming here: “This is a great place. We’re glad you’re here. Try to keep it the way you left it.”