There is good news for hungry, health-conscious Santa Cruzans: delivery doesn’t have to mean pizza. Whether you are looking to kickstart healthier eating habits, lack skills around the kitchen, or are simply too busy to cook, these three organic, local meal-delivery services are here to help. 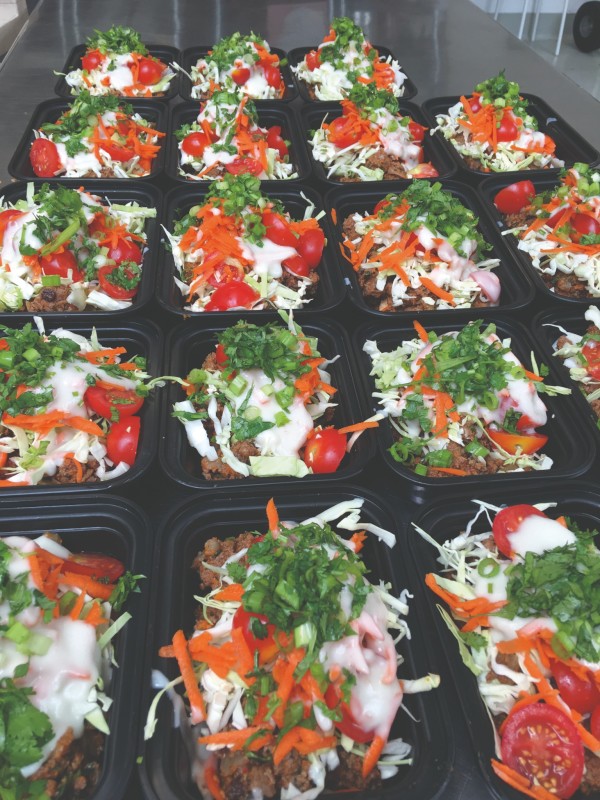 Try this service if you: Want to lose weight (calories are given for every item) while eating fresh, satisfying food.

What you’ll eat: Breakfast might be grain-free broccoli bacon “muffins”—made with squash, tomatoes, kale pesto, and a blend of eggs and egg whites—served with spinach and roasted yams, while lunch could look like a Roman-style Caesar salad with spice-roasted chicken, Romaine, kale, garbanzos, caramelized onions, pepperoncini, Spanish olives, heirloom tomatoes, a hard-boiled egg and yam “croutons.”  For the Caesar dressing, founder/chef Jamie Smith uses pureed apples and his special “cauli-cream,” which is slow-cooked cauliflower reduced to a cream-like consistency.

What makes this service stand out: Foodsmith sauces and salad dressings are all made of vegetables and fruits, “not oils and fillers like store-bought dressings,” says Smith. Also, the company donates about $3,000 worth of meals each week to people in need.

How it works: Order between two and 18 paleo or vegan meals, and choose between free pick-up or delivery for a fee. You can have a standing subscription or order week to week. The compostable, biodegradable food containers are delivered in reusable cooler bags.

Who’s behind it: Smith’s experiences include seeing the Grateful Dead more than 250 times, catching “the best wave of his life” in the 1980s while surfing in Costa Rica, attending New York’s French Culinary Institute, and serving as Food Service Director of Santa Cruz City Schools. He started Foodsmith in 2013, and now serves 2,500 weekly customers, including about 500 weekly subscribers. 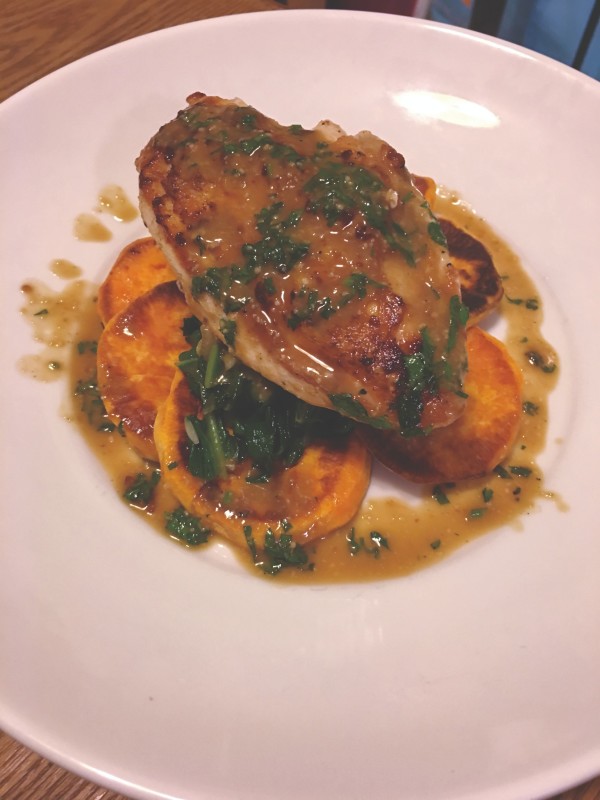 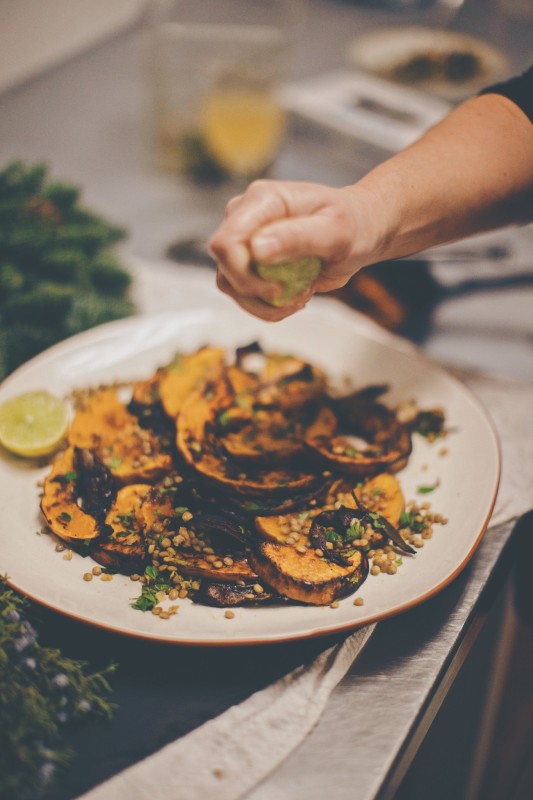 Try this service if you: Want to create your own gluten-free menu each week from mostly plant-based dishes plus sprouted breads, grain-free treats, and some pasture-raised animal proteins or wild fish.

What makes this service stand out: Founder/chef Melanie Geist uses methods like soaking and sprouting to make the plant-based food more digestible. Also, every week GRK offers dips and spreads so that “clients can have a nutrient- and flavor-boosting tool on hand for quick meals throughout the week,” says Geist.

How it works: GRK is a weekly meal-subscription service. Customers pick which dishes they want and have the option to skip any week or pause service. There is free pick-up at GRK’s Scotts Valley kitchen or delivery in the Santa Cruz area for an extra fee. Items are packaged in reusable glass jars or compostable plant-based plastics.

Who’s behind it: Unsatisfied with the flavors and textures of store-bought gluten-free and “healthier” baked goods, Geist began experimenting in her own kitchen. “You can create moist, delicious textures using an array of nutrient-dense nuts, grains and sweeteners,” she says. “It’s a really fun opportunity to break all the rules and get creative.” After graduating from Bauman College’s Natural Chef program, she started GRK in 2016, and now serves around 140 subscribers every week. 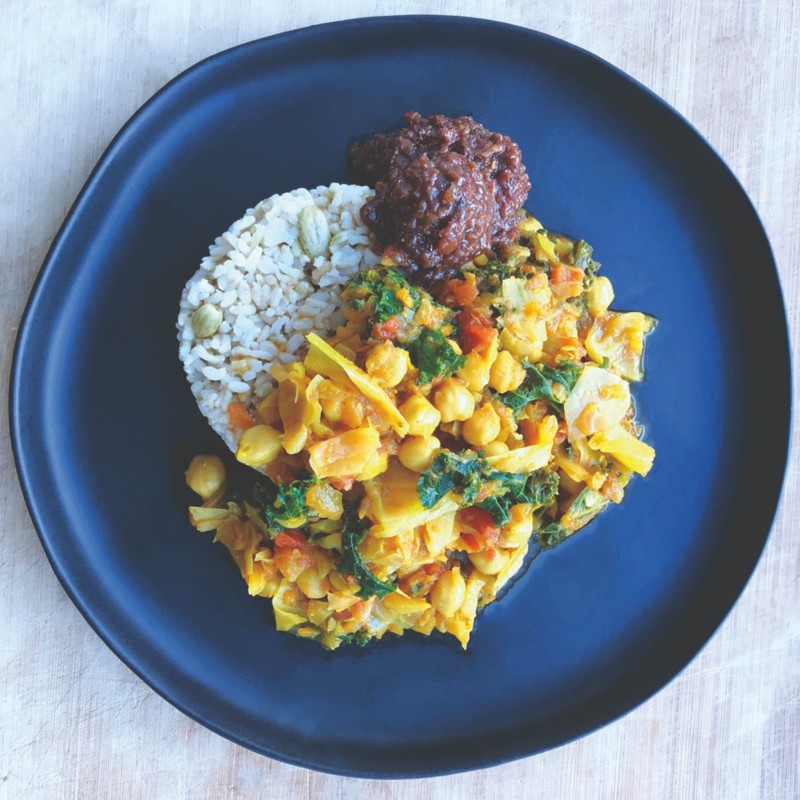 Try this service if you: Are looking for an all-vegan, gluten-free menu geared toward a “heart-healthy, anti-inflammatory, and alkalizing diet.”

What you’ll eat: One week you might get a Tempeh Reuben Entree salad with baked tamari-marinated tempeh strips, homemade living Red Cabbage ‘n’ Carrot Caraway Kraut, and garlicky croutons. The next, you could feast on fragrant Channa Masala with Ginger Cardamom Brown Rice Pilaf and Raisin Chutney. “Spices are sauteed in coconut oil to in order to have their flavors bloom,” says founder/chef Beth Freewomon.

What makes this service stand out: Freewomon utilizes only unrefined organic oils, uses filtered water for everything (including washing produce), and only cooks in glass, stainless steel, and cast iron. 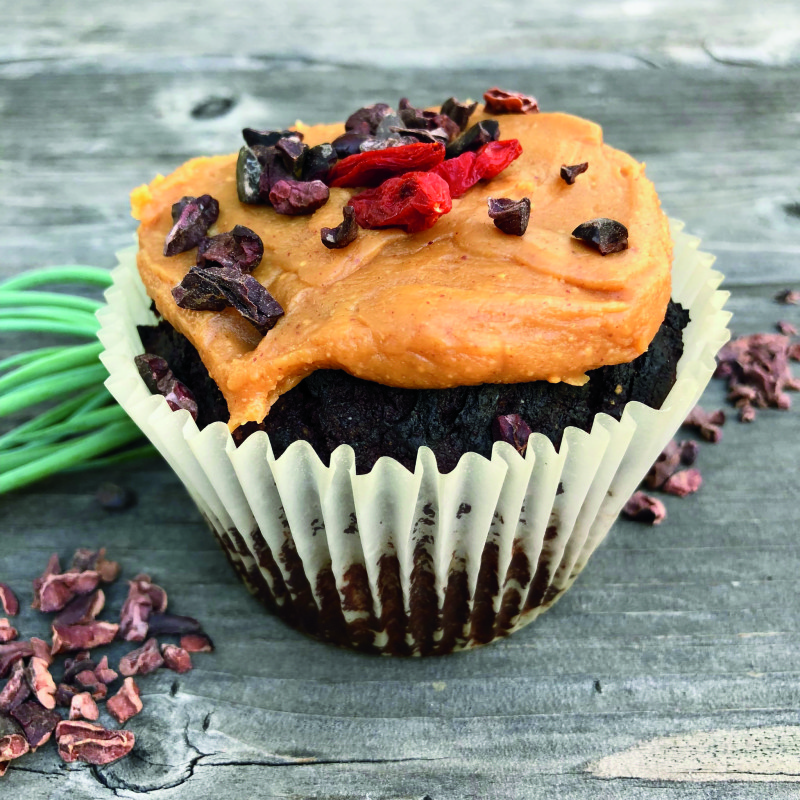 How it works: You can order a la carte or buy a discount meal package. There are several delivery options for a fee. Some pick-up options in Santa Cruz County and Watsonville are free, while others require a nominal fee. Items are packaged in compostable containers or in reusable jars.

Who’s behind it: Freewomon’s parents, Budd and Silver Friedman, founded the New York City comedy club The Improv in 1963. “My mom sang on Broadway … I inherited her ‘pipes’ and am a passionate musical minister,” says Freewomon. She sings two Sundays every month at Soquel’s Inner Light Ministries, where she’s also a Practitioner of Higher Consciousness. She’s been cooking via The Open Hearth since 2006, serving between 40 and 60 customers a week.

TKP started by delivering meals to a handful of women living with cancer in Santa Cruz and Watsonville; the women were clients of WomenCARE. They’ve grown steadily each year. In 2018 they served  more than 35,000 meals.

“TKP grew out of my experience with isolation due to my son’s critical illness,” says Farley. “When Charlie was diagnosed with cancer, we were driving back and forth from San Francisco a lot. He was very sick and even though we had people dropping off food, the feelings of isolation were difficult. I wanted to find a way to reduce that feeling in others.”

Learn more, including teen and adult volunteer positions, and about how to become a client: teenkitchenproject.org, and @teenkitchen on Instagram.