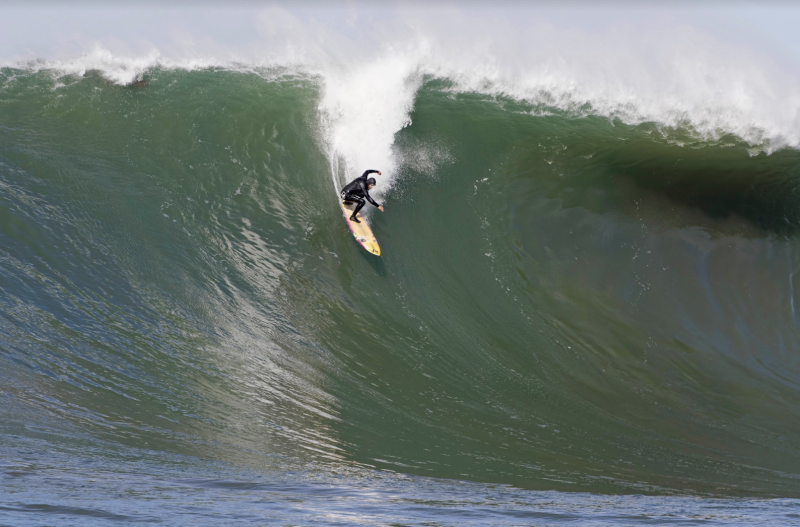 Big wave surfers Patrick Shaughnessy and Tyler Fox received some long overdue recognition Friday when they were heralded as two of the Five Most Underrated Surfers at Mavericks by Surfer Magazine.

The list was chosen by 17-year-old Luca Padua, an El Granada resident who became the youngest to surf Maverick’s when he paddled out at age 13. Padua gave a shout out to Shaughnessy, a Scotts Valley native who received enough recognition to have the World Surf League name him as an invitee to the Mavericks Challenge last season. While that contest never got a green light, Shaughnessy surfed in WSL Big Wave Tour events at Pe’ahi in Hawaii and Nazare in Portugal last year.

“Whether it’s pulling into barrels, or sticking crazy airdrops, Pat is one of the best,” Padua told Surfer. “He even goes left, and he’s a a regularfoot. It’s hard to explain how nuts that is.”

Fox of Aptos was an invitee to three straight Mavericks contests from 2014-16 and was the first alternate for the Mavericks Challenge last season.

“He’s been performance surfing Mavs like it was a four or five-foot wave for a long time, and that’s something I’ve always looked up to him for,” Padua said.