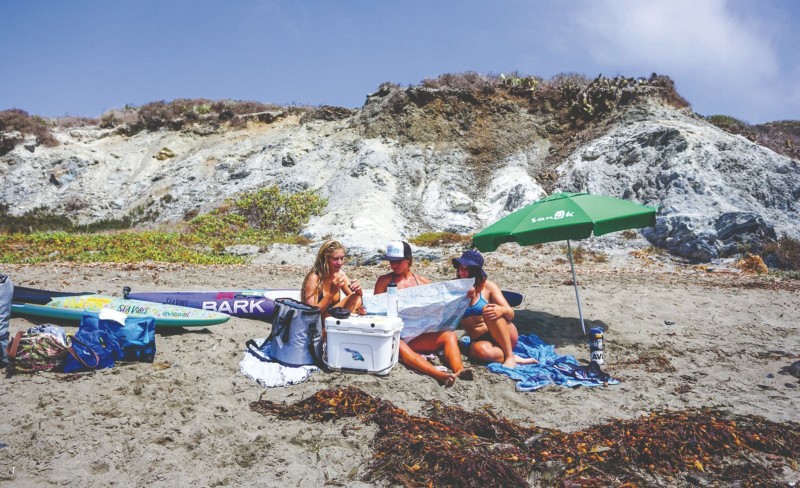 One early morning in August 2018, three young women donned swimwear and shoved off on narrow, prone paddleboards from Two Harbors beach on Catalina Island. The journey they were embarking on would be no easy feat: it was a 58-mile circumnavigation around the whole island, which sits about 30 miles off the coast from Long Beach.

The most experienced paddle boarder of the three was 26-year-old Natalie Foote, a Catalina local. Foote grew up on a horse ranch in the island’s interior, immersed in nature, which led her to become an avid ocean athlete, environmentalist and health coach.

“I’d always wanted to go all the way around the island,” Foote says, “but it was hard to find anyone else who wanted to also.”

Her regular paddle training consisted of rising before dawn, setting out to sea, and as the sun’s rays peaked over the horizon from the mainland, paddling directly toward the beams.

“Just about every morning dolphins would join me, and I’d be back at the beach [in Two Harbors] by 6:30 am,” she says.

A plan for the full loop around Catalina became a reality when friends Jaysea Devoe—a 17-year-old yogi whom Foote became close with while working at a dive shop—and Emily Homolkee, 22, signed on to the adventure.

The three women paddled 20 miles daily, five to six hours each day, for three days, pulling into beaches to camp before nightfall. 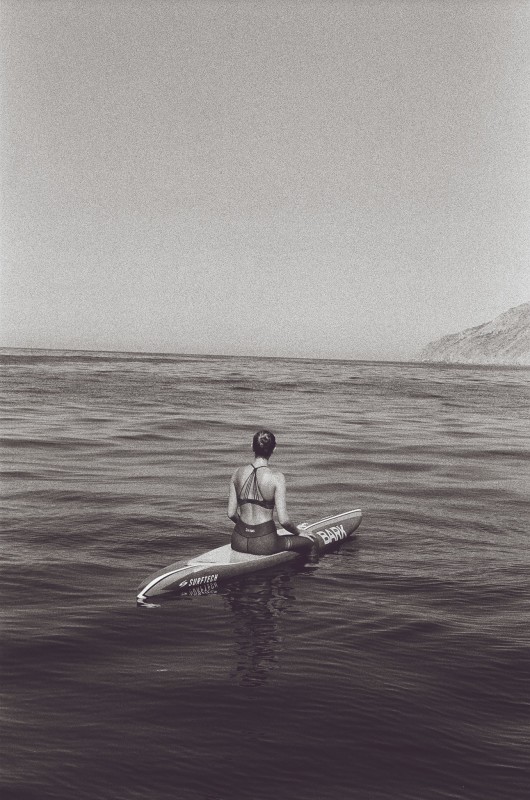 Devoe’s father shadowed the journey from a 12-foot Boston Whaler, and her younger brother, along with his friend, documented the paddle for what would become a short, beautiful film entitled Nature of the Journey, released last April by Sanuk.

The story, which runs just over seven minutes long, takes a strong nod at female empowerment and athleticism, depicts stunning views of the island’s terrain from the water, and lends a view of plastic waste among expansive beauty from the paddlers’ vantage point.

Prior to the paddle, the women formed a partnership with Changing Tides Foundation, which raises awareness of eco practices, including plastic-waste reduction and eco-friendly traveling.

“As much as the paddle was all about fun … we also wanted to add a bit of a deeper meaning to it and chose to collaborate with them for a cause we’re all mutually passionate about,” Foote says.

Along the route of the paddle, the three women prioritized collecting floating plastic debris, developed a plan for zero waste during the campouts between paddles, and discussed the impacts of single-use plastics on the ocean.

“When plastic gets in the ocean, I don’t think people realize the impact of it,” Devoe says in the film. “When they use [plastic] once and then throw it away, it’s here longer than we are.”

The trip really “went from adventure to having a greater message and a greater purpose behind it,” Foote says during one of her on-camera interviews. “The ocean gives me so much, that I’m always seeking ways to give back to it.

“Hopefully we’ll inspire some other girls to get out and do things that they think maybe would be too challenging,” she continues. “[We want them to] know that you can do really anything you set your heart to.”

Today, Foote works for University of Southern California’s Wrigley Institute for Environmental Studies, a facility on the south side of the Two Harbors mainland-facing entrance. She is the Education and Sustainability Outreach Specialist, which allows her to spend a lot of time exploring the island, running trails, paddling, and sharing stories about sustainability research and the natural world. And through her work at the Wrigley Institute, Foote has become involved with a new film that echoes her adventure last year with Devoe and Homolkee. 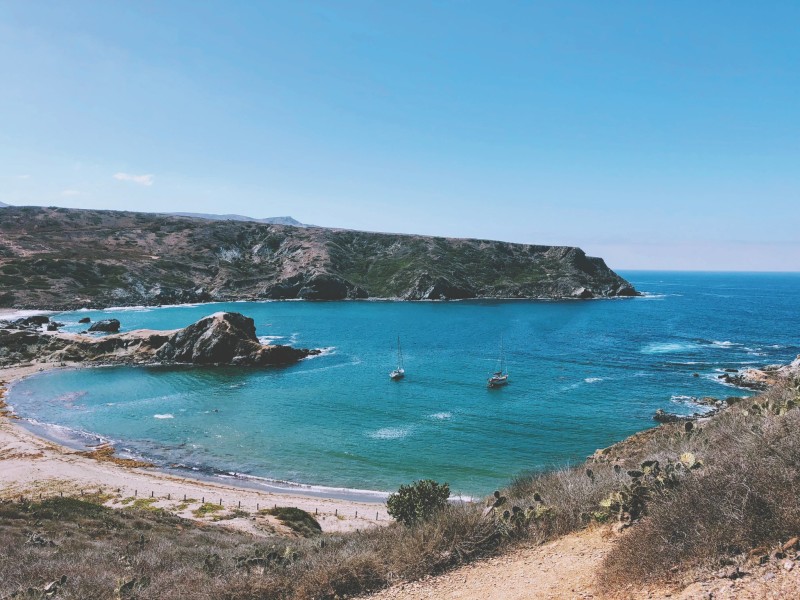 Australian big-wave surfer and 10-time consecutive Molokai to Oahu Paddle Board World Champion Jamie Mitchell experienced a similar calling as Foote—to share with the world the status of the ocean’s health and promote some of the most viable, sustainable practices being developed at the Wrigley Institute. Some of those initiatives at the institute, according to Foote, include creating biofuel from kelp, advanced, closed-loop food-waste systems, and other alternative energy sources. 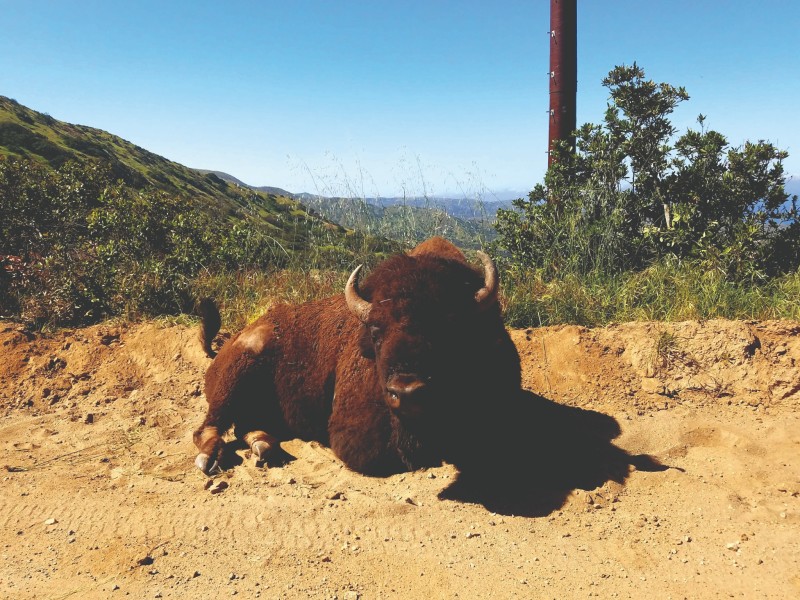 The new endeavor, as well as its corresponding film, is called the Seven Crossings Project, and will feature Mitchell—a father of two young girls—paddling between all eight of the Channel Islands, beginning in the northern part of the island chain and finishing in Catalina. The paddle will cover more than 150 miles of ocean water off Southern California and raise funds for the Wrigley Institute’s climate change research and wider educational outreach efforts. The documentary film will be released in 2020.

As carbon emissions cause sea temperatures to rise, plastic waste works its way into food chains and other man-made problems impact marine life, Mitchell says he wants to do what he can to ensure his daughters have the same opportunities to experience the natural world that he has had in his lifetime.

“For me, it’s time I’ve taken a good hard look at myself,” says Mitchell. “I’ve taken so much from the ocean, that now it’s time for me to give back.”