Wave forecasting was a brand new thing for the world of surfing? 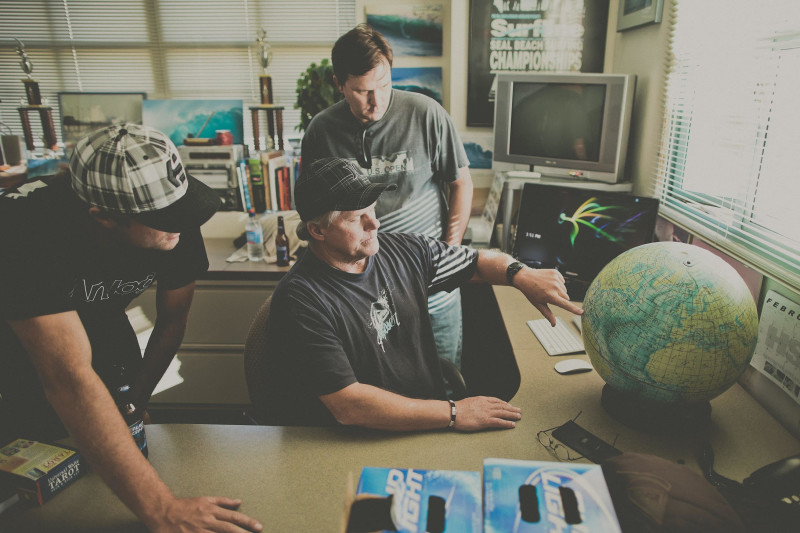 Today, surfers enjoy the convenience of highly accurate surf forecasts available around the clock on their smart phone. With alert features, data analysis, and live HD video feeds, surfers can easily keep tabs on their favorite breaks from virtually anywhere on the planet.

But having real-time, comprehensive wave insight at our fingertips wasn’t always a resource, so where did it all begin?

Looking back, there are two men who have arguably made the greatest contributions, each in their own rights, to swell forecasting as surfers know it today. The first was the Austrian-born geophysicist Dr. Walter Munk, a renowned ocean scientist at the Scripps Institution of Oceanography until his death in February 2019 at 101 years old.

Munk, who has been called the “Einstein of the ocean” and “a world treasure for ocean science,” famously helped calculate a low-wave period for the Allied forces of World War II to storm the beaches of Normandy on D-Day in 1944. 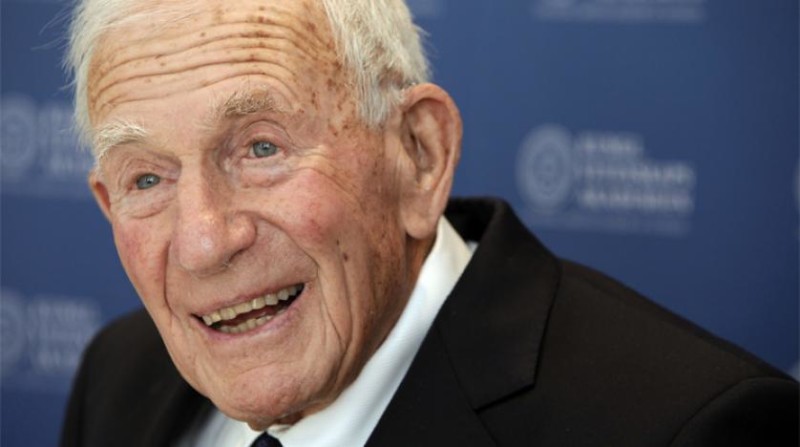 Dr. Walter Munk was an oceanographer and professor of geophysics at the Scripps Institution of Oceanography at the University of California. He passed away on Feb. 8, 2019. He was 101.

The second person was Sean Collins, who pioneered the collection and use of ocean storm data to figure out when and where swells would hit. Collins, who died in 2011 when he was 59, created the foundation for the now ubiquitous Surfline forecasting app, which began as a call-in phone service (976-SURF) in 1985.

While Munk laid the scientific groundwork for the world of wave forecasting, Collins looked at it through the eyes of a surfer and recognized a demand.

When Collins was growing up in Southern California and falling in love with surfing during the ‘60s, he and his father would often sail down the coast to Baja, says Dave Gilovich, who was friends with Collins and today is the executive vice president of Surfline. After studying one of his dad’s nautical charts, and sizing up the shape of a coastal point, Collins stumbled upon an empty surf spot that would later become recognized as Scorpion Bay.

“Collins is finding these epic surf breaks in Mexico, and he’s curious, ‘Why is it flat some days and not at other times?’” recollects Gilovich, who brought Collins into Surfing Magazine as the surf forecaster while Gilovich was managing editor in the ’70s. “He starts learning about hurricanes off the Mexican coastline, how they generated pumping surf, and he’s taking note of different swell directions coming through at different times of year. So now he’s thinking, ‘How do I figure out when these storms are happening?’”

Two decades after D-Day, while Collins was sailing with his father hunting for waves, Munk was refining his research at Scripps that showed how storms in the southern Indian Ocean were transferring their energy through the water and resulting in big waves on the California coastline. That new intelligence produced by Munk was helping to inform the National Oceanic and Atmospheric Administration’s weather service and wave buoy data collection system, which Collins was learning how to access.

“Collins figures out that the weather radio on his dad’s boat is hooked up to a fax machine and can spit out a chart from the National Weather Service,” Gilovich says. “He starts using a radio that can pick up the New Zealand Navy reports with a big antenna hooked up to a car battery and a fax machine down on the beaches in Baja. … The word started to get out that this guy has some special juju going on down there. He became the man who knew when and where the waves were going to come from.”

Surf forecasting was poised for massive growth with the dot com bubble of the early ’90s, and Surfline developed the first live stream “surf cam” in 1996. And while streaming video and digital apps have changed the way we experience forecasts, the true caliber for accuracy is based on the data collected over time.

In the surf world, there have always been elements of what Gilovich calls “bro science,” a gut feeling about what a swell will likely do, and the vague rationale behind it. Old notions that a full moon means bigger waves have been debunked, he says, and those kinds of definitive determinations have come with a critical step in the science of the forecast: validation.

For 35 years, Surfline has made their forecasts with a variety of forms of data, says Gilovich, and then measured that prediction against what the swell actually did.

“We can take all that data and turn it into better predictive analysis, so that’s what we’re doing,” he says.

“Accuracy isn’t a feeling—it’s the result of measuring the gap between what you thought would happen and what did,” Freeston writes on the Surfline Data blog.

“Our gold standard is a 35-year hindcast,” he continues. “We build a state-of-the-art ocean model and then we run it as though forecasting the past, using accurate, satellite-verified winds as the input to our calculations.”

Now, with Freeston’s technical leadership, Surfline is venturing into machine learning—artificial intelligence that allows computers to train their “brains” to “find the nuanced relationships in huge, complex data sets.”

Gilovich is fascinated by these developments, but he also holds some nostalgia for the days, back when he was a kid, when perfect sets lining up during a sunrise at Pleasure Point felt like Christmas morning.

“It used to be that someone would come by your house on a bike yelling that the Point at 38th was double overhead: ‘Time to suit up!’” he recalls. “There was a wild energy to that. And I think Sean would say this also, that these days there’s less of that magic. Waking up and, there it is. It was magical—spiritual even.”

Now, Gilovich says, there’s a new kind of magic: such discerning predictive methodologies that surfers can know precisely when to jump on a plane, travel around the globe, and paddle out at Cloudbreak, Fuji—or Cape Town, South Africa, or Nazare, Portugal—just in time for the swell of the century. 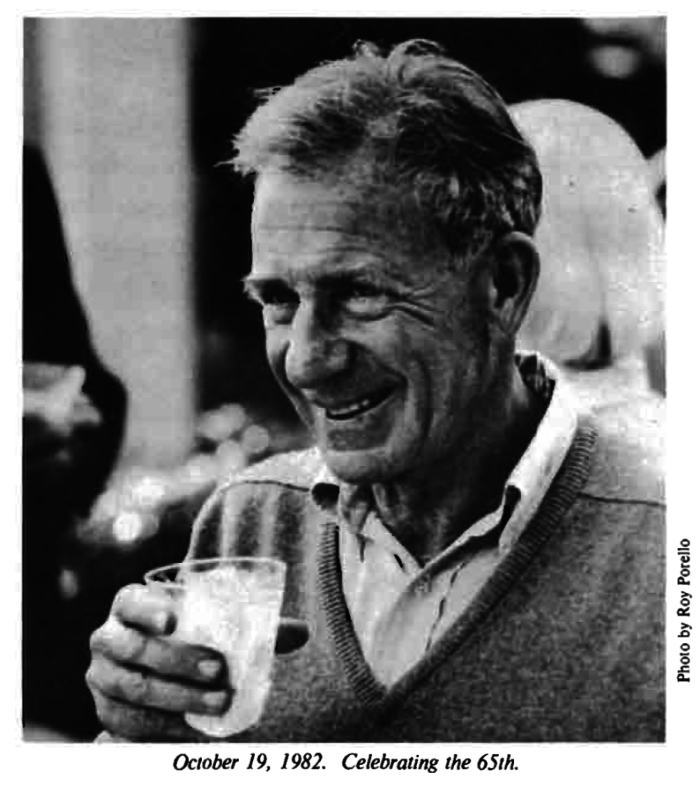