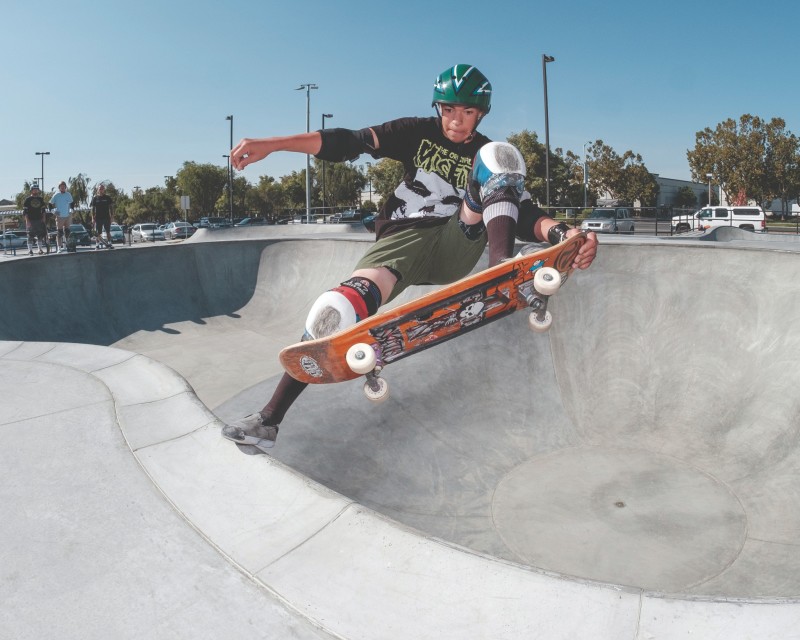 The sun is slowing starting to drop toward the horizon as I walk into Mike Fox Skatepark on a recent Tuesday. I make my way past the street skaters and over to a giant speaker playing punk rock, where 14-year-old skater Marco Chavez greets me with a warm smile beneath his green helmet. He isn’t alone. His mom and dad are sitting against the chain link fence with their skateboards and helmets on, too. This family skates together every day. The studious Santa Cruz High student, who plays the snare drum in the school band, finds a way to fit skateboarding into his schedule. “My bandmates didn’t believe me when I said I had to leave practice early for an interview,” Chavez says, staring down the 8-foot face he is about to drop into. “They don’t even know I skate. I kind of keep it to myself.” 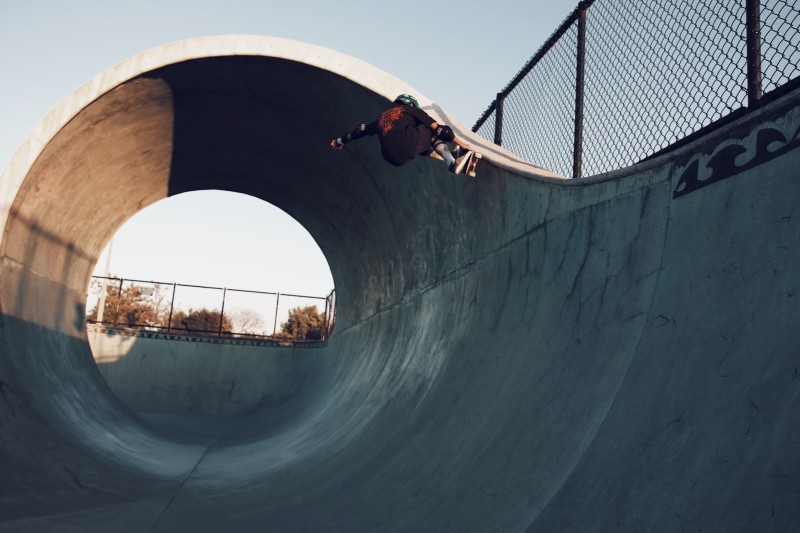 He may keep his skating skills on the downlow at school, but Chavez is making a name for himself at the skatepark with his growing array of tricks. He’s even gained a fan in longtime Santa Cruz skateboarding star Keith Meek, who is also one of Chavez’s biggest inspirations. “Marco’s skating is far beyond his years,” says Meek. “He skates with an old soul, like he should have been skating with us decades ago: he is smooth, fast and stylish.”  Chavez truly skates the way he wants to skate, which is to say he skates for fun. After the sun finally disappears that night at the skatepark, Chavez and his parents head home, where he will pick up his guitar to play for awhile before heading to bed, eager to do it all again the next day. 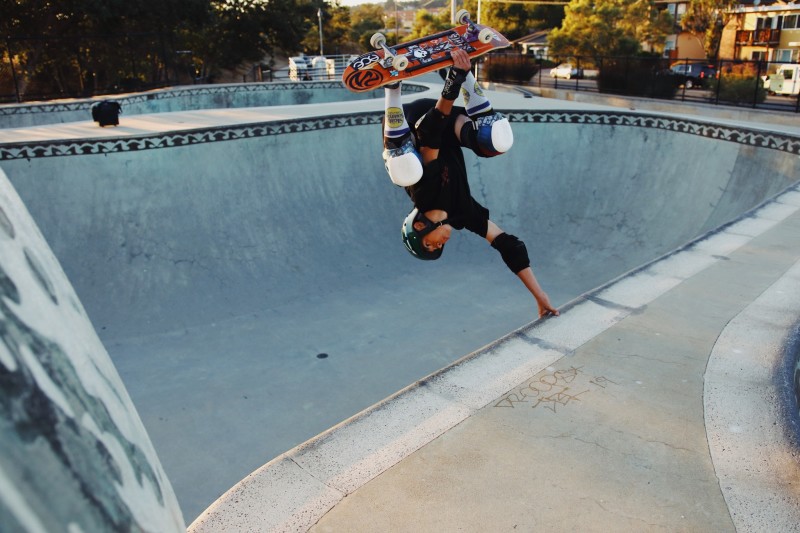 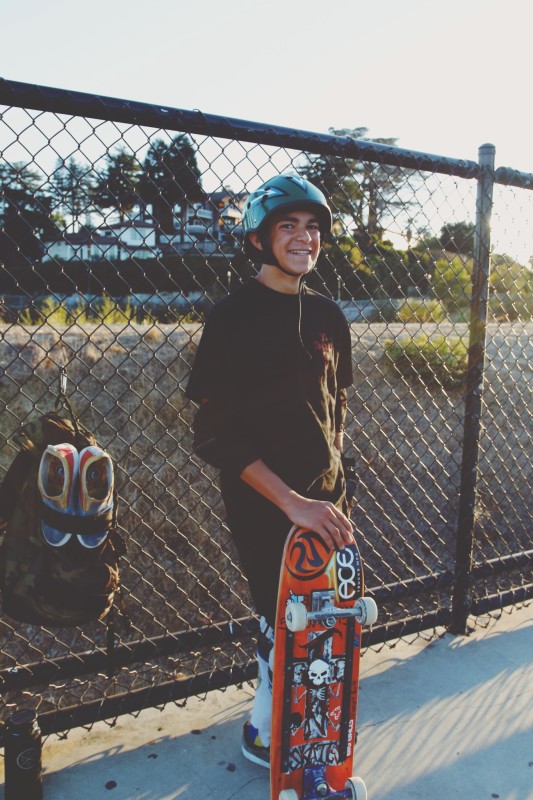 IN HIS OWN WORDS

Something you have been working on lately with skateboarding:  Frontside inverts

Dream skate trip: A West Coast road trip, hitting up all of the skate parks from Washington to San Diego.