Last winter, PG&E cut power on expansive sections of the grid for extended periods in an effort to reduce fire risks. With days-long power outages looking like a new norm during certain weather conditions, resilient energy systems could become a new priority. 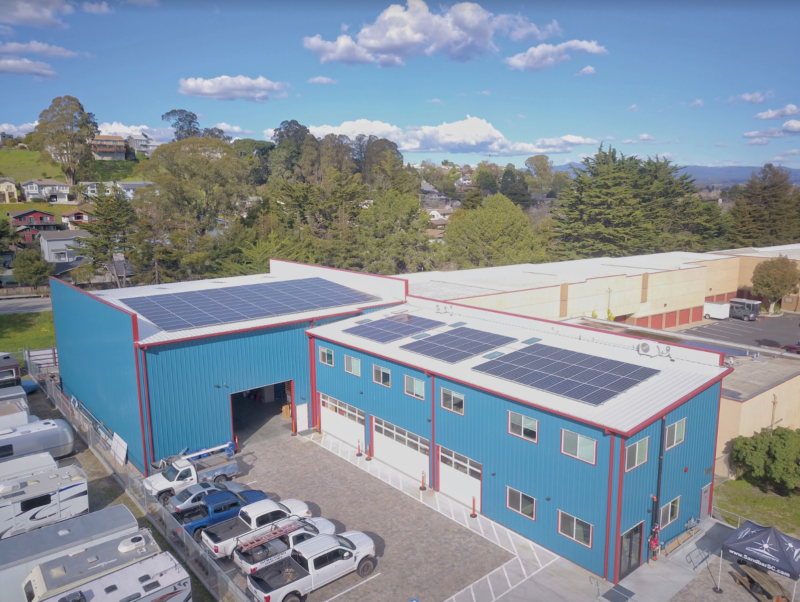 The extended power outages in California last fall—when more than a million people’s homes went dark for two, three, even four days at a time—tested our dependency on the electrical grid. But they have also driven a new sense of urgency to develop resilient energy systems that don’t rely on that main grid, which is operated by the embattled and now bankrupt power utility Pacific Gas & Electric Co. (PG&E).
The grid shutdowns were a controversial safety tactic aimed at preventing wildfires, which have plagued parts of the state. Heavy winds have caused trees to fall, which then strike power lines. Paired with dry conditions in rural areas, those downed power lines can produce devastating fires, most notably the infamous Camp Fire in 2018 that incinerated Paradise, Calif. and killed more than 80 people. That series of horrific events led PG&E—which serves 5.4 million electric customers—to a $270 million settlement, extreme public scrutiny, and now, also proactive damage control. From PG&E’s position, it is better to have customers wait in the dark than risk another community being burned to the ground.
And while many residents and municipalities are prepared for the occasional power outage, the real complicating factor now is the extended duration, making full energy resilience—a term known as “islanding”—increasingly appealing.
“These shutdowns are very different than what we’ve been used to,” says Mark Dettle, the director of public works at the City of Santa Cruz. “Usually it’s a short duration, but these are much longer, it can get up to three or four days. And they’re happening in areas that we’re less accustomed to, like parts of downtown.”
A key example of how the extended shutdowns impact municipal infrastructure is the loss of traffic signals at busy intersections, which Dettle says can get ugly.
“Traffic signals only have a six to eight hour backup operation time,” he says. “Usually that’s long enough for the power to be restored, but you can’t handle that for three days.
Dettle says that if cities can expect PG&E to initiate multi-day blackouts whenever it is very windy and dry out, the backup technology for power outages will have to change. And in many cases, the backup would likely be new resilient battery systems that can endure longer periods.
What that resiliency technology looks like is generally a combination of solar panels, battery storage, and backup generators, which altogether establish a microgrid. While most of the city’s critical infrastructure has backup generators, they run out of fuel during an extended grid shutdown, leaving the complication of ongoing refueling, Dettle says.
In response to increased public interest, and specifically the recent PG&E blackouts, the Community Choice Energy nonprofit Monterey Bay Community Power (MBCP) has established a new fund for the development of resilient energy systems at critical facilities—places like hospitals, police stations, fire departments, and possibly traffic signals.
The fund is called the “Uninterruptible Power Supply Fund” and allocates $25 million to develop resiliency within MBCP’s growing service area, says J.R. Killigrew, the organization’s director of communications and external affairs.
“We had an interesting insight from staff at the City of Santa Cruz during one of the power shutoffs during November 2019,” Killigrew says. “A lot of traffic signals got cut, so from a public safety perspective, lack of power there was a big problem.”
Killigrew says they are also evaluating a fund for residential MBCP customers who are in high fire-risk areas and have an increased likelihood of future power blackouts.
This second fund, which would be a million dollars, Killigrew says, “could provide onsite power supply systems and include solar with [battery] storage, or just storage, fuel cells, natural gas or diesel generators.”
Dettle says the city is putting in a grant request to MBCP’s new Uninterruptible Power Supply Fund to bolster power resiliency and redundancy.
A great example of a fully resilient building is the Sandbar Solar & Electric warehouse on Santa Cruz’s Westside. The company set up their facility in an undeveloped lot across from the Ow Building (formerly the Wrigley Building), and decided to completely bypass the PG&E utility hookup, says Sandbar Solar president Scott Laskey. 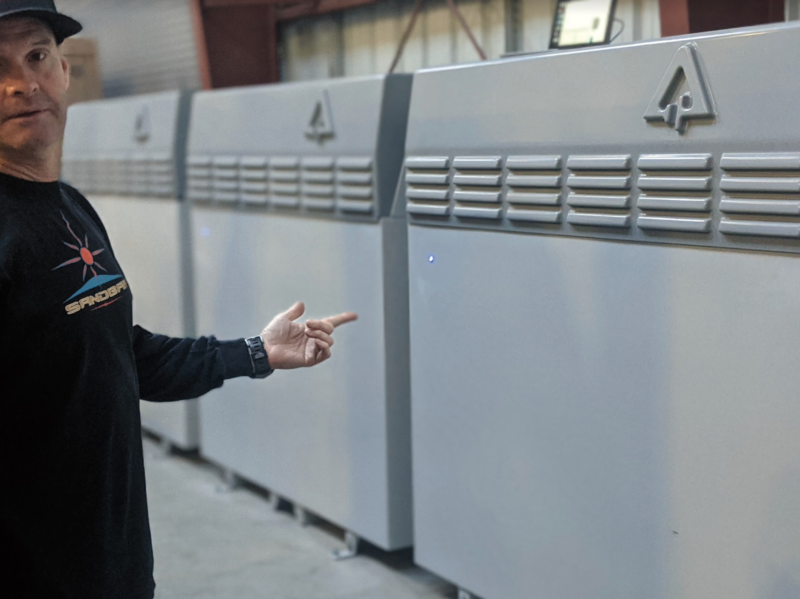 “When we built the building, we designed it to be a fully sustainable microgrid, which has solar on the roof, [battery] storage to store that energy, and then we have a natural gas generator that runs in the event of not having enough solar energy, during the winter months when the sun isn’t out as much,” Laskey explains. “Then the generator can kick on and recharge the batteries.”
Their gas generator use represents only about 6 percent of their annual energy consumption, he says. Sandbar Solar has installed about two-dozen residential microgrid systems that couple a solar array with battery storage.
“We are seeing an uptick in folks making the investment in storage, and we project next year will be even greater as the costs come down and adoption goes up,” he says.
There are 30 percent state tax credits and cash rebates offered for solar and storage projects, Laskey adds.
“We have a real opportunity to disrupt the way we generate and use electricity, and I would encourage everyone to look into renewables and storage,” he says.
Meanwhile, PG&E was quick to address their customers’ dissatisfaction with the safety power shutdowns.
“The devastating fires that we saw in 2017 and 2018 made it overwhelmingly clear that more needed to be done in order to adapt to and address the threat of wildfires, and the overall extreme weather that the state of California has been experiencing,” says PG&E spokesperson Jeff Smith. “We understand that these public safety power shutoffs are frustrating for our customers. At minimum it’s an inconvenience, and in some situations it’s much more than that. It’s why we’re trying to work with customers so that they’re prepared for the shutoffs, and we appreciate our customers’ patients.” 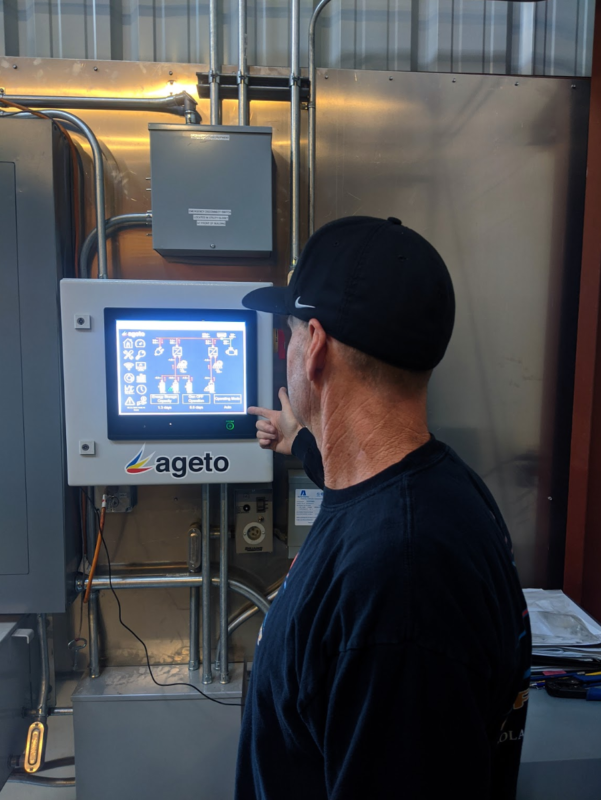