On harvest days, Ian O’Hallaren drives up the coast just north from Santa Cruz, equipped with the tools of his trade: a mask and snorkel, fins, his serrated Victornox knife, a thick wetsuit with a hood and booties, and, depending on tidal conditions, a kayak, surfboard, or inflatable Zodiac.

At various spots along the coast—locations he likes to keep hush-hush—O’Hallaren scours for various species of seaweed, which he collects based on seasonal availability and sells through seafood distributors and to restaurants from Los Angeles to San Francisco.

“I carefully prune each plant, selecting the healthiest and strongest parts,” he explains. “I never clearcut the plant or rip it off its holdfast.” (Holdfast are modified roots that anchor the plant to the seafloor.) “That allows the plant to regenerate and continue growing,” he goes on. “After I cut just a bit from each plant, I put the seaweed into a net bag and let it drain.”

A key aspect of O’Hallaren’s operation, he says, is sustainability: he only sources seaweed species that can sustain the harvesting, and educates the public on conservation. He ritually documents the quantity he’s removed for California Department of Fish and Wildlife and monitors the “sea gardens” regularly following a harvest, noting their rate of regeneration. 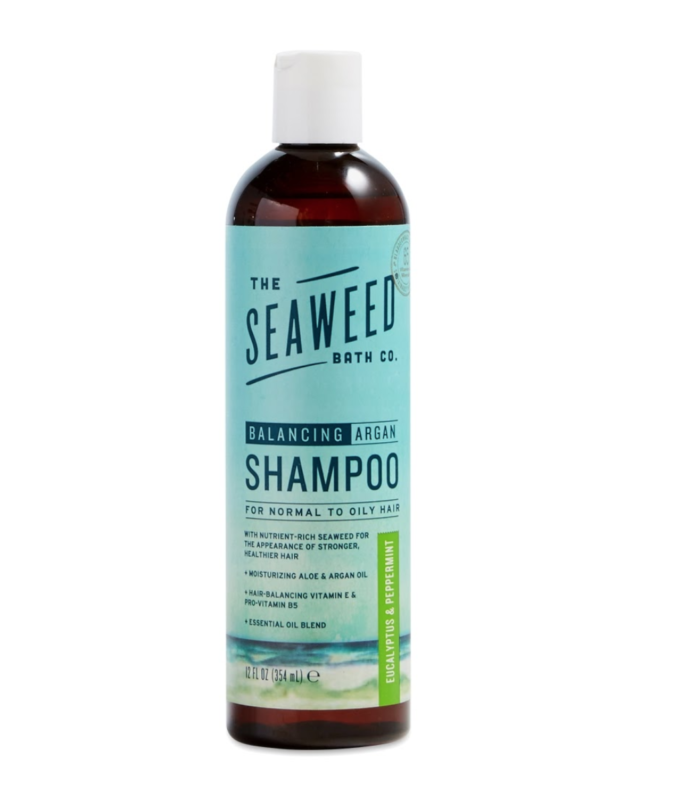 The international and domestic markets for seaweed goods has a strong record historically, and it’s steadily increasing. The global seaweed industry is estimated at about $5.5 to $6 billion annually, with food products representing about $5 billion. That’s a total of 7.5 to 8 million (wet) tons a year. Around 81 percent of that market has traditionally been dominated by Asian nations, but industry expert Michael Graham believes the future of seaweed in California, and the rest of the nation, is bright.

Graham—the director at the new Center for Aquaculture at Moss Landing Marine Labs, founder of the unique company Monterey Bay Seaweeds, and the editor of The Journal of Phycology (the study of algae)—says that while seaweed faces a variety of environmental threats, the plant has a largely “happy story”: It grows faster than tropical bamboo (a foot per day on average), making it widely abundant under positive conditions; it has a variety of health benefits (it’s a superfood that is rich in nutrients); and the demand from restaurants is steadily increasing.

“Culinary is the biggest demand for kelp,” Graham says. “Additionally there are things like cosmetics, pharmaceuticals, vitamins—like kelp pills. But other real big ones are Carrageenans, which can go into the denture moulds used for braces, and Alginate, another product for moulds. Seaweed is also used in the food industry as an additive, things for soups, salad dressings, and hand lotions, to create a certain consistency.”

Like O’Hallaren, Graham’s family-run business, Monterey Bay Seaweeds, distributes seaweed product to chefs all over the country, from Los Angeles to New York City. But instead of harvesting from the ocean, Graham runs an aquaculture program in which he cultivates seaweed varieties in saltwater tanks. It’s the only land-based seaweed farm of its kind in California, he says.

“We control the water, [and] we control the quality really well,” he says. “It uses very little electricity, and we don’t harvest [from the sea], so we have no impact on the natural population.”

Graham says that harvesting from the coastal seaweed population, as O’Hallaren does, is not problematic—pruning from the top layer exposes lower plant growth to sunlight, invigorating the whole organism.

“Kelp forests are pretty complex, but they’re also pretty resilient,” Graham says. “There are more than a hundred species of kelp around the world. It’s by far the most prolific [marine plant], the largest, and it creates the most significant habitat.”

The most varieties of kelp are available right here in California, he says. The Giant Kelp forest is the primary plant in the Monterey Bay, but “a lot of the hype” is also about the Bull Kelp, which begins around San Luis Obispo and goes up to Alaska.

However, over the last five years, a number of seaweed species, primarily the Bull Kelp, have been under a form of underwater assault, and subject to a “perfect storm” of environmental conditions threatening their overall survival, Graham says.

That perfect storm began in 2013, when warm waters flushed along the California coast, an event referred to as the “warm blob.” Kelp loves cold water, which allows it to better retain nutrients. The warm blob surges are a natural oceanic event, but those warming temperatures are also coupled with overall warming due to climate change. But the threat to California’s seaweed didn’t end with warmer waters. Around the same time, there was a massive sea star die off, which caused the invertebrates to, in essence, melt. The sea star die off allowed for a huge increase in sea urchin activity—and sea urchins are a bigger consumer of seaweed.

“Without predators, the urchins started coming out, and they’ll graze down a whole kelp bed,” Graham says. “The sea urchins usually don’t do that because there are sea otters out there that will eat them, or sea stars—all these things that’ll munch on them, but that hasn’t been happening enough.

Graham says it’s too complicated to simply say “this is a climate change story.”

“In the case with kelp, a whole bunch of things went bad at the same time,” Graham says. “We don’t know if they’re linked to one another or not. We don’t know if the warm blob and the decrease in nutrients available to the kelp affected the sea star disease. We still have kelp—it’s not as good as past years, but it is showing signs of recovery.”

The last time kelp was in such a precarious position was about 40 years ago, Graham says, when otters were still hunted, and fewer were regulating sea urchins. 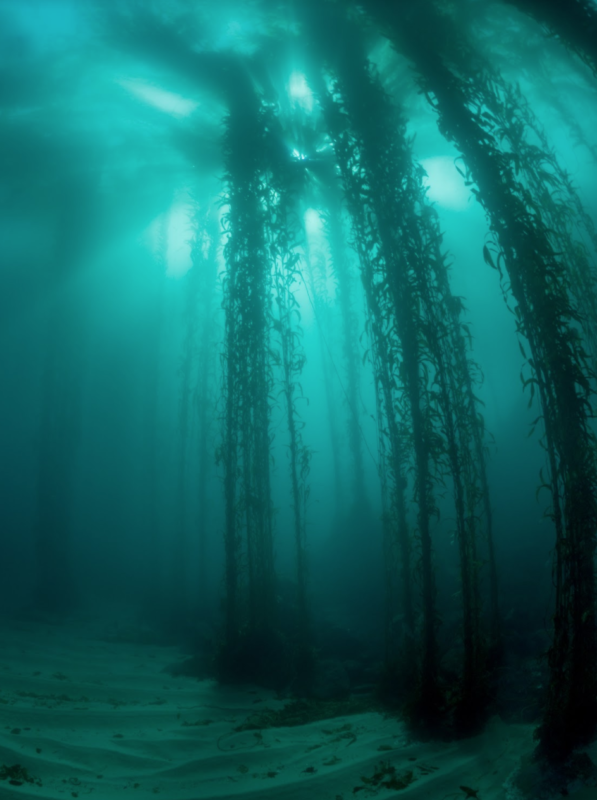 Emily Saarman, the policy coordinator at the Partnership for Interdisciplinary Studies of Coastal Oceans (PISCO) of Long Marine Laboratory, says that it’s an incredible time to be researching seaweed.

The most recent data from PISCO on Central California was acquired in 2016, which showed an abundance of purple urchins per unit area at 300 times the historical average, Saarman says.

This year, surveys by Fish And Wildlife of Bull Kelp in Northern California reported a 94 percent reduction in numbers, according to Dr. Laura Rogers-Bennett, and found widespread sea urchin barrens in their place—areas where urchins have consumed entire forests of kelp, leaving emptiness.

Observationally, Saarman says kelp growth in Santa Cruz seems to be doing significantly better than in Monterey. “The kelp in Santa Cruz appears to be doing quite well. …  We’re not seeing as much of a proliferation of urchins in Santa Cruz,” Saarman says, “but in the Monterey area it looks worse off.” She suggests that, perhaps, the otters are handling their urchin business a little more effectively in Santa Cruz.

Meanwhile, for O’Hallaren, his harvesting practices are as much about offering the public delicious cuts of Sweet Kelp, Kombu, and Sea Lettuce, as they are about raising awareness for this incredible plant from the ocean. As seaweed products become increasingly ubiquitous and popular nationwide, he hopes that it functions as a way for people to tune into sustainable practices and improved protections for the ocean.

“It’s about more transparency and accountability of where our food is coming from, and the greater issues around the impacts our demands for food have on the environment,” he explains. “I’m optimistic. Through education and consumer demand, accountability and transparency from companies, this is something that can have a positive impact for society and the environment.”