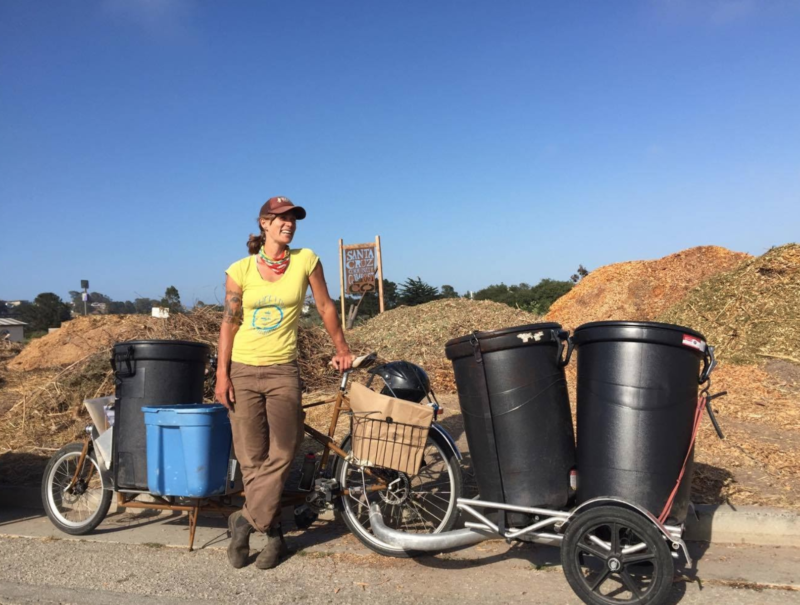 Here in Santa Cruz County, the decision to make compost from old food scraps and other materials is a personal one—there are no municipal programs in place that take the guess work out of the process. That means it’s up to you to come up with a plan for your home or business to manage that would-be waste and, in the process, help off-set harmful greenhouse gas emissions that result when organic matter enters our landfills.

According to CalRecycle, California collectively adds approximately 30 million tons of waste to landfills each year—40 percent of which could be composted. While some cities around the nation, such as San Francisco, have implemented collection program for food waste, most, including Santa Cruz, do not offer compost pick-up.

A key issue with managing compostable materials, residentially and commercially, is transportation and having a facility to treat and transform the waste into something useful. Currently, the closest entity that does this is the Monterey Regional Waste Management District, located in Marina. That facility is fully equipped to not only produce compost but also generate electricity through a process called anaerobic digestion.

Santa Cruz does transport some compostable material to the facility, but at a larger scale the transit needs would begin to cancel out the benefits, says Mary Simmons, waste reduction program manager for the City of Santa Cruz.

What about existing resources closer to home? One possible solution is sharing an existing anaerobic digestion system that is already up and running at the Santa Cruz Wastewater Treatment Facility, Simmons says. “It is very expensive to build a digestion facility, which is why existing infrastructure makes a lot more sense,” she says.

Noticing the need for more local composting, entrepreneur Ivy Young was inspired to create the Santa Cruz Community Compost Company. She and her small team ride bicycles equipped to transport buckets and pick up their clients’ compost bins for $5 per week. They haul the buckets’ contents to a plot of land at the Homeless Garden Project, where they convert it into compost and then donate it to the farm or back to their customers through a “community-reward system.”

“In some ways the residential pick up by bike might seem less efficient, but in other aspects, like the ecological foot print, it’s actually much better,” Young says. “A municipal program would be good, but I think localizing the management is the key.”

Young says that, on average, each client produces about 10 pounds of compostable material per week. Since the company’s start in 2014, they have diverted more than 300,000 pounds of waste from landfills.

The City of Santa Cruz has offered a rebate program since 2001 to incentivize residents to manage compost at home, says Simmons. With proof of residency, locals can get $40 back on compost collection bin expenses. Simmons says that, while a municipal program is an eventual goal for the city, the primary focus is on encouraging people to reduce the waste stream at the place of origin: their own kitchen. To date, about 1,650 compost bin rebates have been redeemed.

“Composting at home is the perfect circular system for managing this material,” Simmons says. “If you can collect it and where it originates and put it right back into your own soil, you’re doing an important part.”

While incentivizing community members to compost at home is important, according to Cary Oshins, associate director of the U.S. Composting Council, another big piece of the puzzle is the commercial aspect: grocery outlets, restaurants, schools, and certain manufacturers that produce large volumes of compostable material.

In an effort to address that need, the City of Santa Cruz began a pilot program in September 2017 that offers food-scrap collection for 20 commercial businesses including Charlie Hong Kong and The Bagelry, Simmons says. The program is part of Assembly Bill 1826, signed in 2014, that requires business to recycle their organic material depending on the amount they generate per week.

“Ultimately, composting is about recycling our nutrients back into the land, and what we learn from nature is that there is no waste,” Oshins says. “In the natural environment, everything gets recycled. Composting is the technology that allows us to do the same, and it should be practiced at all scales.” 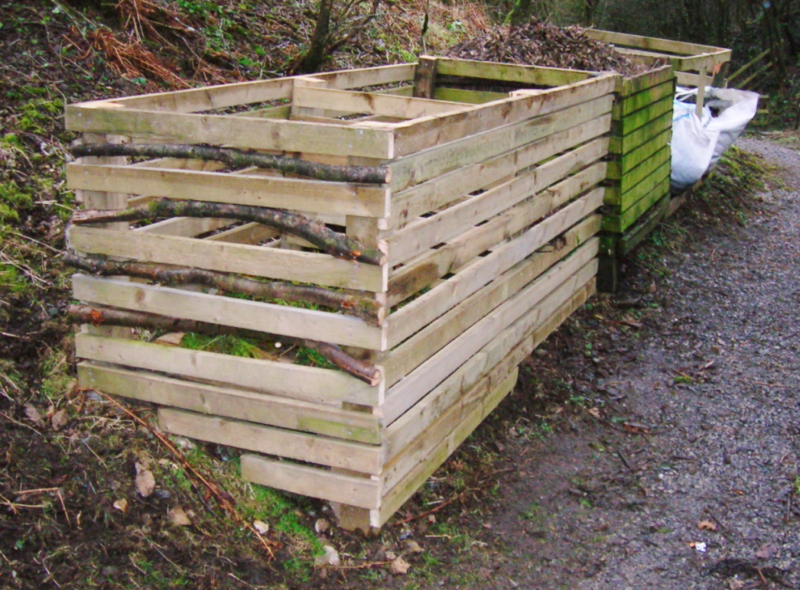 A few benefits of composting: Making compost for your garden is like feeding it probiotics. It will thank you with bountiful yields and delicious produce. According to The Food Revolution Network, compost in soil promotes a higher yield of crops, reduces or eliminates the need for chemical fertilizers, helps to remove solids, oil, grease and heavy metals from stormwater runoff, and much more.

The ideal location: It is best to locate a compost bin in partial shade, such as under a tree or overhang, Simmons says.

Staples of a good compost batch: Egg shells, coffee grounds, grass clippings, fruit and vegetable scraps, and so much more.

Does your compost have a bad smell? That likely means there are too many green materials, which can be neutralized by adding dry leaves.

Are flies frequenting your compost batch? Always be sure to bury new food scraps about a foot below the surface in the center of the pile. Otherwise flies and other pests may become a nuisance.

Keep out: Do not add any meat, dairy products or oily, fatty foods to your compost. Be sure to churn the pile regularly and lay gopher wire under the bin to prevent critters from chewing up into your batch.