In the midst of a pandemic, the downtown Santa Cruz bag and accessory shop Shilshol is standing strong 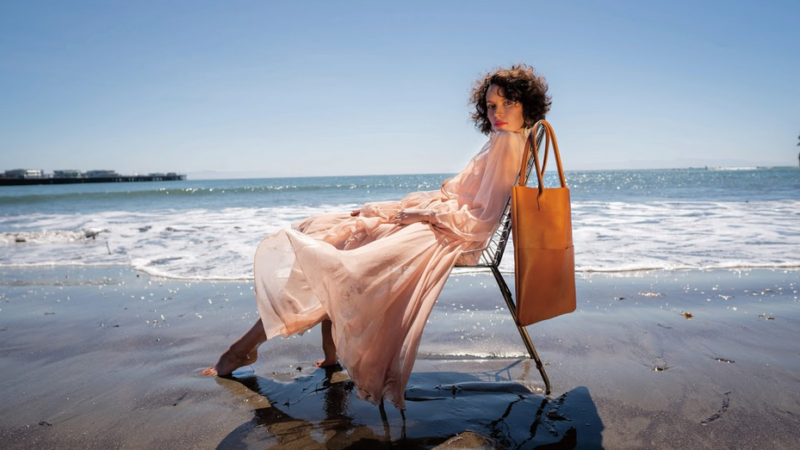 Before moving to Santa Cruz from her native Seattle, Alaina Birch worked as a regional sales manager for a New York-based medical equipment company. Her job found her regularly traveling throughout the western half of the United States and Canada. It was a good life, but in the back of her mind was the nagging knowledge that something was missing—namely, the perfect tote bag.

“I needed something that could fit all the essentials for traveling by plane, but also something that looked sleek and professional enough to take with me on appointments,” Birch explains. “I felt like all the bags on the market were always too overdesigned and/or had the company’s brand all over it, which was frustrating.”

Using skills she picked up from her mother, apparel sewing lessons, YouTube videos and “a lot of trial and error,” Birch created the two-pocket tote she now sells at SHILSHOL, a downtown Santa Cruz shop that she opened in 2018, not long after moving to the area with her husband. (“It was a crazy time,” she recalls. “Within six months, we got married and moved from Seattle to Santa Cruz; he started a new job, and I started SHILSHOL.”) She has since expanded her inventory to include various other tote bags, acrylic-handle purses, and a slew of smaller items such as min-wallets and key fobs, as well as a selection of home goods, jewelry and gifts created by other small companies and artists. Storefront visitors can usually find some one-of-a-kind bags and sample sale items not listed on the company’s website, shilshol.com. 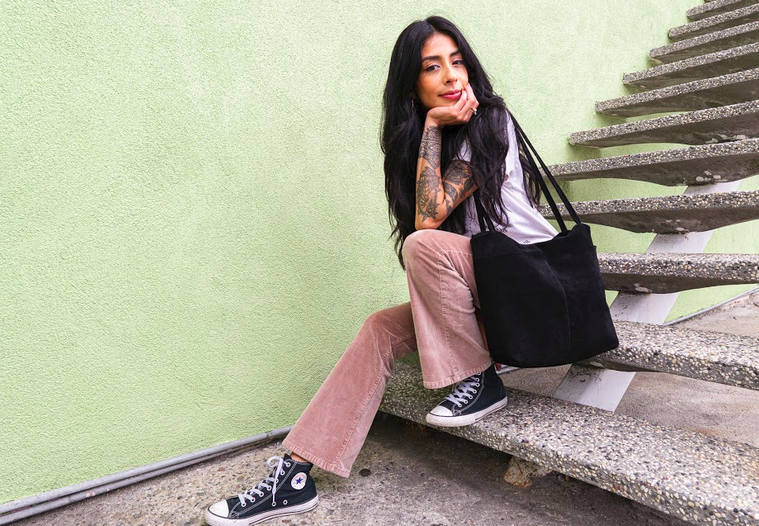 In contrast to the overdesigned bags that were available to Birch during her time as a sales manager, SHILSHOL’s products rock a minimalist aesthetic that takes a cue from Scandinavian and Japanese design. “I love the clean lines and the emphasis on letting the design speak for itself,” says Birch, who purchases all of the leather, denim and canvas used to make her products from California businesses. “You can really elevate a simplistic design by the careful selection of the right colors and textures.”

SHILSHOL’s 275 square feet are divided fairly evenly between a retail space in front and a workspace in back where all bags and accessories are designed, cut, sewn and finished. As for the name of the business, it’s a nod to Birch’s Seattle roots. To be exact, it’s a variation on Shilshole Bay, a part of Puget Sound whose beach the business owner grew up visiting.

As a recently established business, SHILSHOL had scarcely lost its baby fat when the coronavirus hit. The store reopened over the summer with newly installed plexiglass shielding its entire counter, as well as a system for contact-free transactions: Birch enters customers’ items into Square on her iPad, and the customer inserts his or her credit card into the cart reader attached to the counter. The store then sends its customers their receipts via email or text. “The only contact we have is if the customer needs a paper bag for their items,” Birch explains. “In that case, I just hand it to them through the plexiglass slot, but most opt to just take the items with them.” 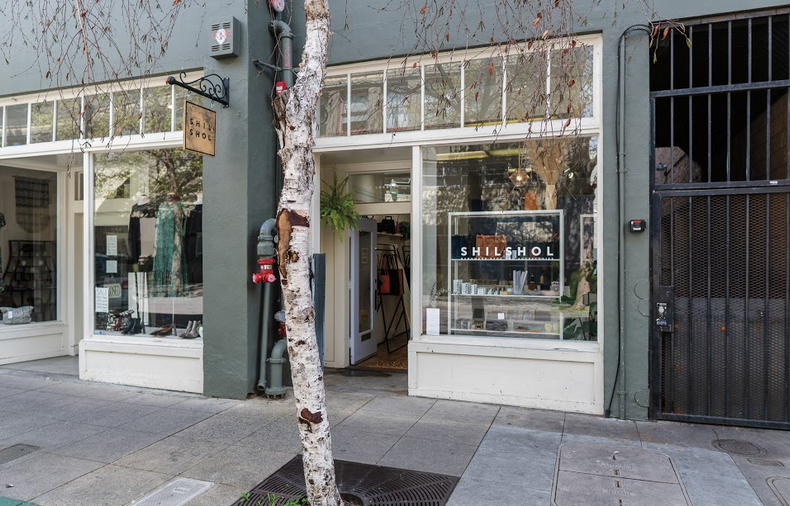 The shop owner is quick to give thanks to everyone who has supported local businesses during the COVID-19 crisis. “I have to say, I am extremely grateful for our Santa Cruz community,” she offers. “It was so apparent that people really cared about keeping our local businesses afloat during the closure.”

She adds, “With all that being said, over the past three years with SHILSHOL, I have learned to be open to your business changing and adapting in unforeseen ways. You never know what opportunity could pop up that could change the whole trajectory of your company. It is obviously important to have long-term goals, but to not let them be so definitive that you miss out on some really cool unexpected opportunities.”