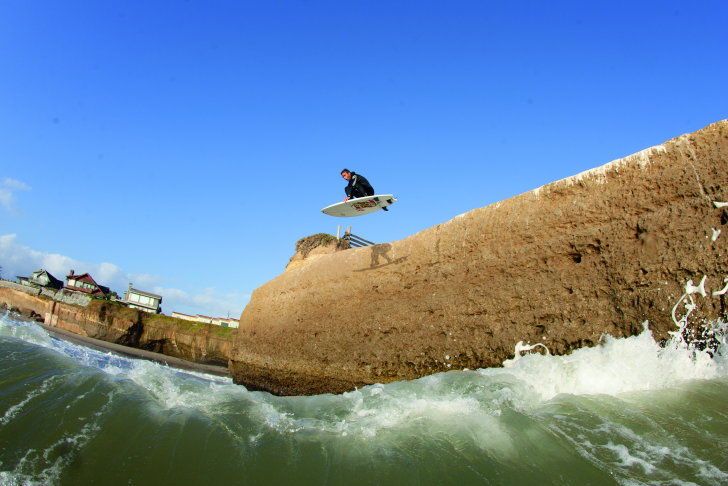 Against a backdrop of the setting sun, a young surfer in a fluorescent-orange wetsuit moves with incredible speed across the face of a head-high wave. Nearby, a man lugging a heavy water-house camera positions himself to intercept the action. The gifted grommet knows the drill and proceeds to launch a huge air directly over the photographer’s head. A bright flash emanates from the housing at the peak of his maneuver. After what appears to be a near collision, they both pop up wearing Jack O’ Lantern grins. They’d just successfully “hooked up,” and they knew it.

Magic moments like this have fueled Dave “Nelly” Nelson‘s legendary photography career over the last 25 years. From humble beginnings as a skate-influenced surfer who began documenting his travels and exploits with friends, to a world-renowned surf photographer who regularly collaborates with some of the biggest names in the surf world, Nelson has cemented his place in the big leagues of global surf icons.

A husband, father, and friend to many, this devoted, hardworking photographer has inspired a generation of artists, including local cinematographer Kyle Buthman. “Nelly was the first guy I remember seeing shooting from the water as a kid,” says Buthman. “I was inspired to capture similar angles of his still images, but with motion pictures. Seeing all he could accomplish swimming got me out there in the water, which is my favorite approach to this day.”

Nelson is currently pouring over thousands of slides as he prepares his next project, Dual Perspectives, a two-volume collection of photos and the stories behind them, due for publication at the end of 2020. Waves sat down with the intrepid artist on a beautiful day in June to discuss his upcoming project, his early days behind a camera, the perils and satisfaction inherent in his water photography, and his take on the future of surf photography. 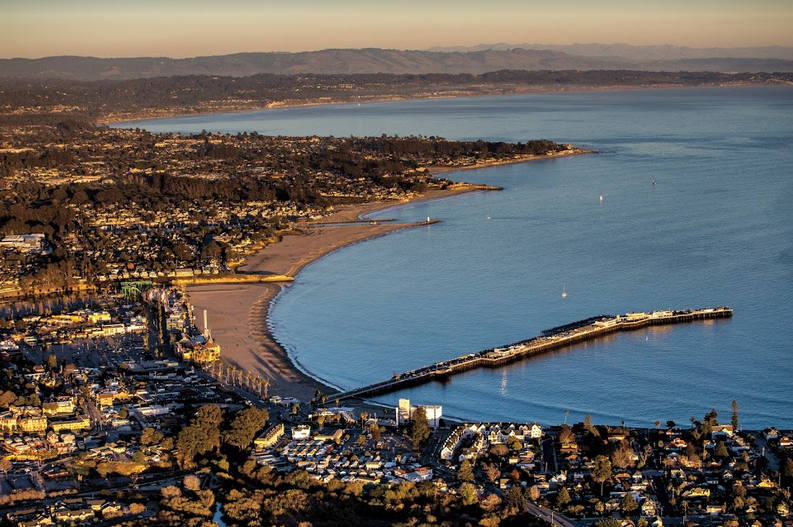 What barriers did you encounter when you entered the world of surf photography?

I came from the era of all the photographers being protective over their crews here. I had a lot of respect for guys like Chris Klopf, Woody Woodworth, Tony Roberts, and Ron Edwards, just to name a few. I didn’t want to step on their toes, so for a while there I was walking on eggshells; not wanting to poach their sessions.

What was it like establishing your own network of talent and crews? It must’ve taken a lot of time and effort.

It did and didn’t. Luckily for me, I used to live down the street from Tony Roberts when he was at his peak, so I got to meet all these pros—not just from here, but [also] from other countries. I got to see exactly how he operated and corralled his crew. He taught me a lot. When he moved to Costa Rica, he sold me some of his equipment and gave me a lot of contacts. I was psyched. It was one of the most exciting times of my life. 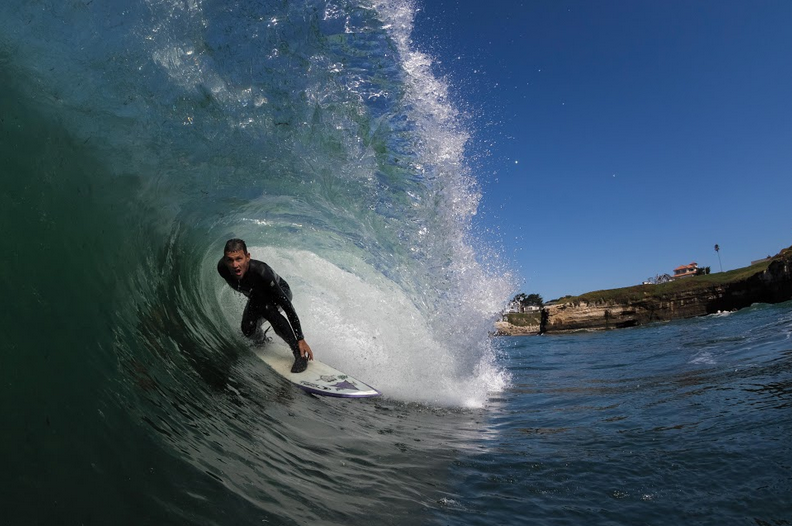 Your water photos are so intimate. Have you ever had any sketchy run-ins with talent because of your proximity?

Oh yeah, it just comes with the territory, but it’s the most exciting thing ever and you want to get as close as physically possible. I’ve had a lot of close calls, been run over, had my port shattered a number of times from collisions with surfers, and the reef. I’ve been landed on multiple times by guys like Barney, Matt Rockhold, and Austin Smith-Ford. Lots of mid-air bails with guys landing on my back with their full body weight, knocking the wind out of me. For example, Rockhold. I’ve gotten more A+ photos with him than any other person I’ve shot with and I’ve had more collisions with him than any other person I’ve shot with. He’s broken his leg and almost had his eye taken out. There have been so many times I’ve taken that guy to the hospital. [Laughs.] 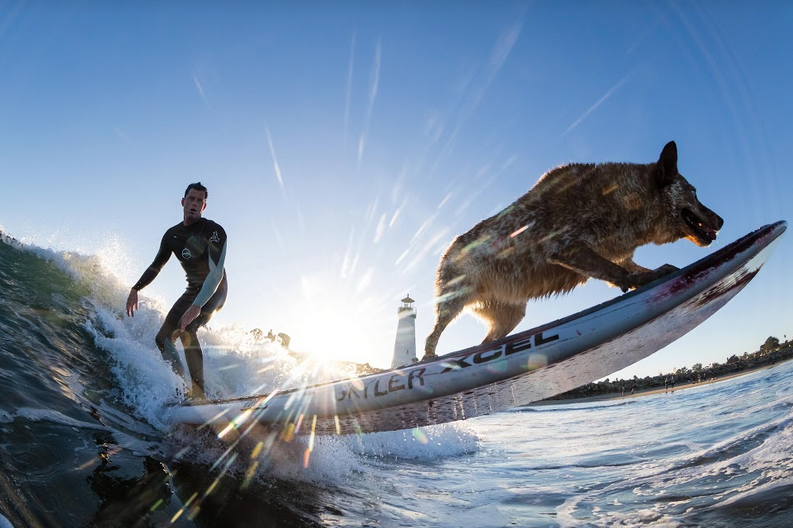 So much of media is online now, instead of in print. How has that transition been for you, and how has your focus shifted?

It’s a weird world now in the surf photography game. Luckily, I learned how to diversify my photography from shooting surfing to shooting pretty much everything. What that did was give me a bunch of freedom because I was able to shoot a bunch of whale, sunset, lighthouse, and full moon shots … [and sell] prints and ads while continuing to pursue my surf photography. [That took] the pressure off me to make a living just doing surf photography. It worked in my favor, but I feel bad for the up-and-coming, budding photographers. They shoot all day and afterward everyone wants them to send them their shots to post up on their Instagram. That’s it. Either you’re charging your friends for photos or working all day for free, so it’s a lose-lose. For a photo to get [printed] in the magazines, it had to go through me, then through the magazine—from the photo editor to the whole editing crew before going to print. Nowadays anyone can post anything, and people don’t know any better.

Are there any locations where you won’t shoot from the water because of the presence of sharks?

Definitely, I’ll never shoot water down at Manresa, or anywhere near there. I won’t even go surf down there anymore. There’s a special yet secluded reef that I got chased out of by a huge great white shark about 15 years ago. I got a shot of Ruffo that session, which turned into a two-page spread. And after that I was done out there. 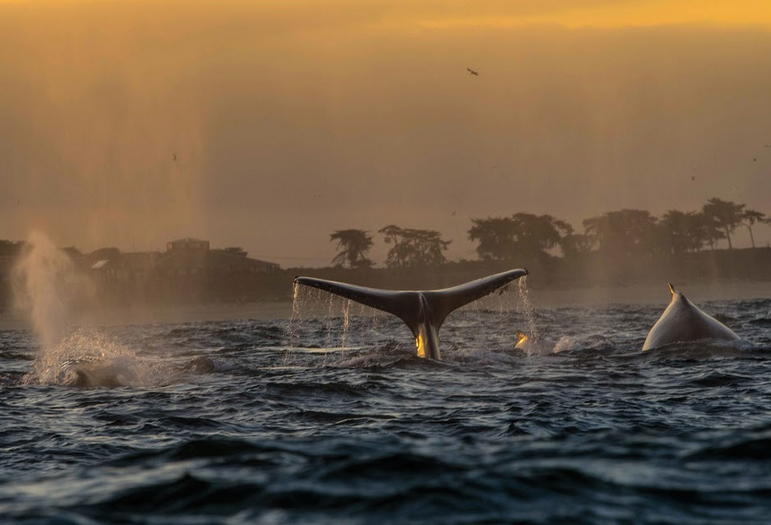 What can you tell us about Dual Perspectives before it hits the shelves?

I’ve always wanted to make a book. I’ve always had the intention, but I’m a psyched individual and don’t like to slow down. I go from dawn to dusk pretty much every day, whether it’s surfing, skating, shooting, golfing, or spending time with my wife and daughter. One thing I got out of this global pandemic is that it’s slowed me down, to the point where I had to start confronting the tough process of sorting through hundreds of thousands of slides in my office.

The first half was miserable, but during the second half I started to see the end—that I only had 14 crates of slides left instead of 30 or 40. [Laughs.] I started finding photos that were magic [that] I’d forgotten I even shot at all. That made the process exciting, to where I was spending six or seven hours a day editing. Keith Meek and I were talking about ideas for a book and we came up with Dual Perspectives as a title and theme. Each page will have a photo along with a story from the surfer and one from me, illustrating the two different points of view on an epic moment in time.

There are a lot of stories throughout the 25 years I’ve spent traveling the world. I’ve had to split the book into two volumes now. There’s no way I’m cutting out all the iconic A+ shots that I’ve taken, so I’m going to do a worldwide edition, along with an exclusively local Santa Cruz one. That’s the most exciting one for me because I really like to stoke my friends out. I like to see peoples’ reactions when they’re happy. I have a lot of love for this town and everything it’s given me, so this is an epic opportunity to express that love.