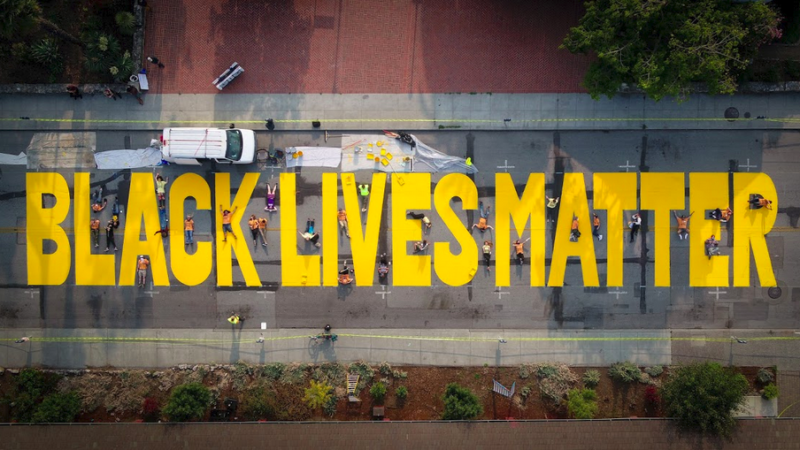 Abi Mustapha, the artist and activist who conceptualized the Black Lives Matter mural in downtown Santa Cruz, would have preferred for the project to be unsanctioned by the city.

She was concerned that without any substantial commitment to policy changes from the City of Santa Cruz, an official partnership could cast the BLM mural as a form of empty virtue signaling.

“A mural like this has a way of being performative if it’s not backed up by any real purpose or commitment,” says Mustapha, who lives in Bonny Doon. “We had to measure out the benefits of either going rogue or working with the city. … We had to ask ourselves, ‘What is our city actually doing to become more racially equitable for people of color?’” 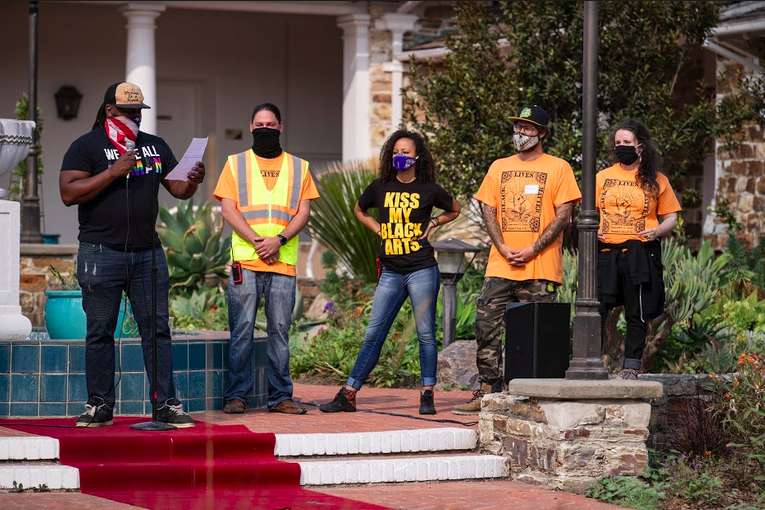 Mustapha formed a partnership with Taylor Reinhold, a local muralist and activist, and reached out to Santa Cruz Mayor Justin Cummings, the city’s first Black male mayor. She expressed her concerns and hoped for a nod from Cummings to do the project without any official authorization from the city. Cummings embraced the mural idea, but advised she pursue a permit.

The decision to get the project legitimately sanctioned led Mustapha and Reinhold to a partnership with the city Arts Commission’s vice chair Sean McGowen. McGowen helped the mural team develop a proposal for the city that required accountability among local officials, as well as an annual maintenance plan.

The city unanimously approved the project in June and established an agreement that the city council will draft an annual report on what its members have done to support equitable policy or programs, says McGowen. The report from the council on equity was agreed to as a part of the city’s Health In All Policies.

The Arts Commission also agreed to help facilitate an annual event around the mural’s upkeep on June 19, the national holiday known as Juneteenth that commemorates the ending of slavery in the United States. Each year, a local organization will support the re-painting of the mural and speak about its own commitments and actions in support of racial justice.

The fiscal sponsor for the mural was local nonprofit Yoga For All Movement (YFAM), headed by Shandara Gill. As of this writing, Gill had helped raise $5,000 for the mural and was aiming to reach $10,000, believes that the mural can become a key conversation starter for how people support and “show up” for Black people, and generate tangible action plans that align with the Black Lives Matter movement.

On the day of the mural’s painting, in mid-September, Cummings told Santa Cruz Waves that the piece will serve as a reminder to the community that it must continue to fight for social justice and change locally. 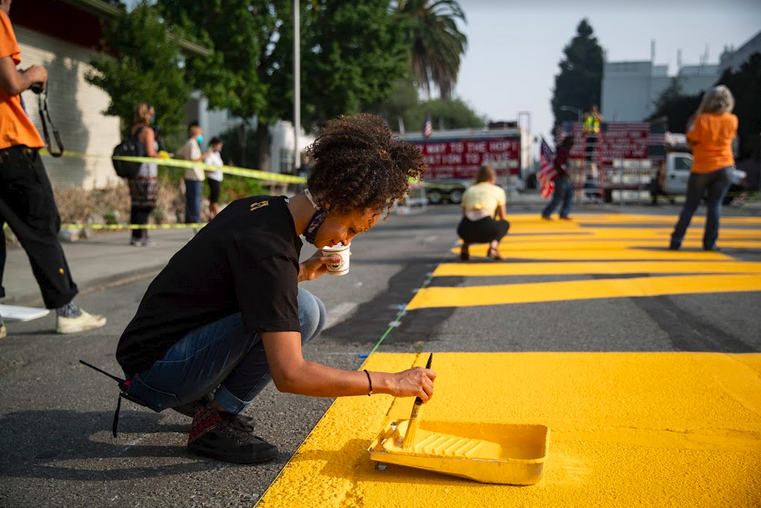 “The hope is that this will be installed for as long as is necessary, but hopefully one day—once we’ve overcome a lot of the inequities within our society—we won’t need this message anymore,” he says.

Mustapha said that she hopes the mural inspires people to ask themselves questions about racial equity.

“Nobody in our society is really free until the most marginalized people are free,” she says, “and right now, the focus needs to be on Black people.”

3 comments on “More Than A Statement”